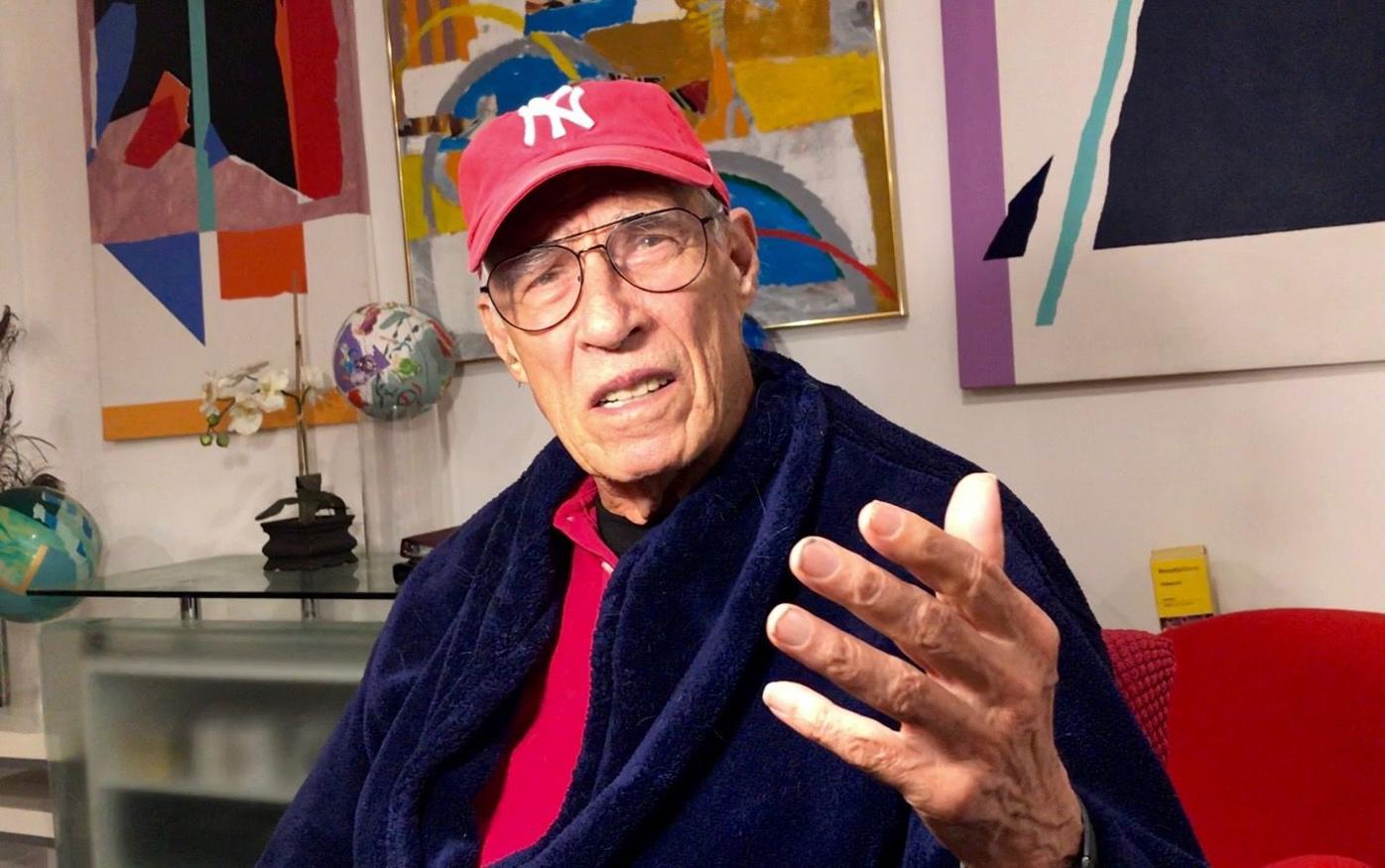 Jerry W. McDaniel during a video interview with lleana Costea. 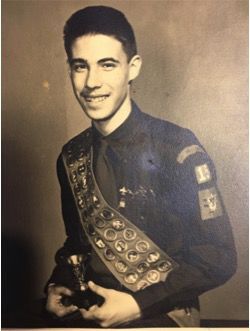 In this photo from The Logan Daily News, a young Jerry McDaniel displays his Boy Scout merit badges.

Jerry W. McDaniel during a video interview with lleana Costea.

In this photo from The Logan Daily News, a young Jerry McDaniel displays his Boy Scout merit badges.

When the renowned artist, illustrator and designer Jerry W. McDaniel was attending Logan High School in the early 1950s, he was by his own admission a less than outstanding student.

“I was never there,” McDaniel frankly told The Logan Daily News. “I would be there on time for classes and then I disappeared. I was always cutting classes, for I had to work part time to support myself and my sister, Janice.”

McDaniel, now 85 years old and living in California, did take an interest in sports as a student, and also served proudly as the drum major for the school’s marching band. The other subject that held his attention was art, and he credits the school’s art teacher at the time, Opal Wylie, with helping put him on the path to his artistic career. In that career he has made a name for himself as a “heterogeneous artist,” who has drawn on a wide range of styles and media to produce striking work in formats that include posters, corporate ads, magazine illustrations, book covers and modernist paintings.

Though Wylie’s training was actually in math rather than art, she spotted McDaniel’s talent, and got him to apply for a scholarship at Columbus Art School (now the Columbus Academy of Art & Design). The day the application was due, Wylie came into the J.C. Penney store in Logan where McDaniel was working, and asked if he had completed the portfolio that had to be included. He told her it was finished but at home; she told him to run and get it, and when he returned with it, Wylie “jumped in her car and took off for Columbus” to meet the application deadline.

That’s one of many stories that McDaniel has shared with a retired university professor who, after falling in love with his work almost a decade ago, has taken on the mission of serving as his publicist and biographer.

Ileana Costea, Ph.D., a retired professor of automation engineering with a background in architecture and art, is director of the I.C. Art Gallery in Encino, Calif., which she founded in 2011 to exhibit and promote McDaniel’s work. She is also working on multiple books about the artist, including an autobiographical volume, “Out of Nowhere,” based on stories about his life that McDaniel has shared with her.

“Through the love for Mr. McDaniel’s art, I got to learn about his life in the state of Ohio and New York City,” said Costea, who comes from Romania. “It was a new world I was discovering… from his stories.”

In doing her background research, which included trips to McDaniel’s childhood communities in Ohio, Costea found a wealth of material in back issues of The Logan Daily News, which had included the young McDaniel in numerous articles relating to his involvement in sports, marching band, theater and Boy Scouts, as well as some of his early forays into art. In 1949, for example, while his family was living in Union Furnace before moving to Logan, McDaniel was named Boy Scout of the Year for earning 89 merit badges out of a possible 112. “The Logan Daily News ran an interview with me with a big picture,’ he told Costea for her book. “I became a star!”

On the artistic side of things, the paper’s Oct. 31, 1952 edition reports McDaniel’s winning top honors in the high school division of a Kiwanis –sponsored contest, in which local students painted Halloween illustrations on the windows of Logan storefronts. McDaniel won first prize with a painting of “three ghoulish figures” on the window of J.C.Penney’s.

The paper was still giving McDaniel coverage as recently as May 2016, when it reported on the 37th annual Logan High School Alumni Day, at which he was one of the guests.

A draft of “Out of Nowhere” tells the remarkable story of McDaniel’s life up through his art school days. He was born on Rabbit Ridge near Zaleski, and grew up in local communities including Union Furnace and Athens before landing in Logan after his parents divorced and his father committed suicide. His father had been a cattleman who had also worked in a coal mine, a meatpacking plant, a power plant and on a railroad. McDaniel himself had his first job at 5 years old, tending a water jug for workers at a strip mine run by his father and uncle. In his high school days he would work at a local movie theater, an ice cream parlor and the Penney’s store.

When, at around age 5, McDaniel drew a crayon picture on the freshly whitewashed cellar wall of the family home, he expected a harsh punishment; instead his parents drove him to Nelsonville, bought him “a ton of art materials,” and encouraged his talent.

The story in the draft manuscript takes McDaniel through his graduation from CAS, leaving him on the doorstep of his move to New York, and a career that would lead to having his work shown in venues that include New York’s Museum of Fine Arts, the Smithsonian, and the U.S. Air Force Art Collection.

The Logan Daily News asked McDaniel if he had any words of wisdom to share with the next great artist who might even now be attending Logan High School.

“Visit every art museum you can, look at all the art books you can. But exhibitions are better than books,” he advised. “Talk to your art class teacher. Ask them what they can suggest. Look on the Internet at various art schools to see what areas might interest you. Find out about scholarships. Find out about their requirements — for me Mrs. Wiley did it; you should do it yourself.”

Students who think art might be their calling, he said, should “look at art, they should try to find out where the opportunities are, they should be proactive and try to understand what kind of art they want to get into… And they should keep on drawing. As a famous artist Phil Hayes, now deceased, told me: ‘Draw. Draw. And then draw again.’”

Those interested in learning more about Jerry W. McDaniel and his work can find more information on these websites: