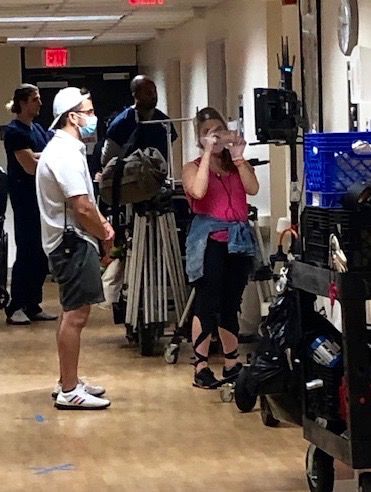 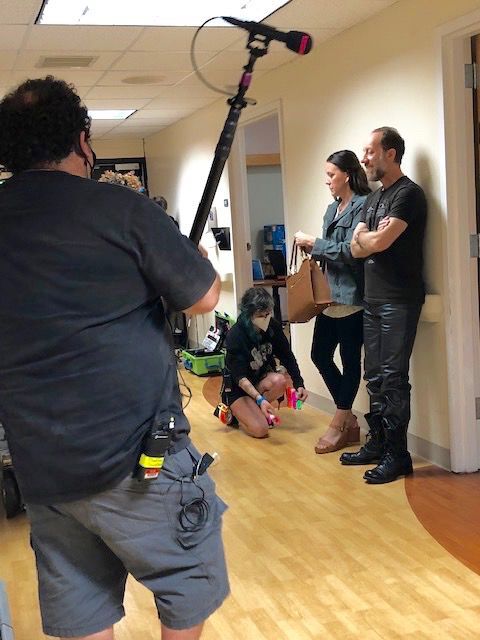 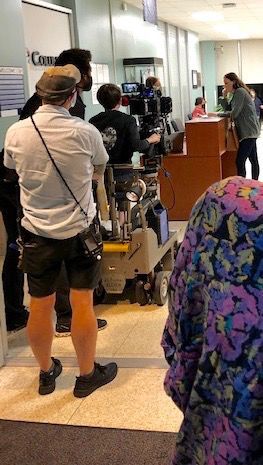 “Film Columbus reached out to HVCH early in July regarding a filming company looking for a medical facility to shoot scenes for an upcoming movie production,” said Latricia Johnston, Chief Public Relations Officer. “Following a visit to our facility to identify if it met the needs for their vision, our local Hocking County hospital was selected.”

A family comedy, director and co-writer of the film, Jonathan Sherman shares, “It is an autobiographical story, inspired by classic American comedies like, Some Like it Hot and The Apartment. The visual style was inspired by the recent Japanese film, Shoplifters which is my new favorite film.”

The film is more of an adult date night film, but does cast teenagers in the movie and Sherman is hoping it will be discovered by a younger generation as well.

Sherman currently teaches at Kenyon College in Gambier and is also president of the Board of Film Columbus. His goal is to create a viable independent film industry in Columbus.

“We also have many undergrad film programs in central Ohio and I’ve hired several film students to work on this so they can gain experience and get their start in the business,” said Sherman.

When asked how to determine a film’s success, Sherman said, “The only way to tell if a film like this works is to watch it with a group of people and see if they laugh! But, it has to be real and grounded, too, so characters and the film’s message will resonate. It’s not easy to do!”

“With everything happening in today’s world, it’s exciting to be part of something different,” said CEO and President, Stacey Gabriel. “Never has HVCH been used as a filming location. We took all necessary precautions in order to keep the cast, crew, patients and employees safe while scenes were filmed.”

While the date of release is not yet known, keep a lookout for HVCH in movie theaters or online streaming in the future!