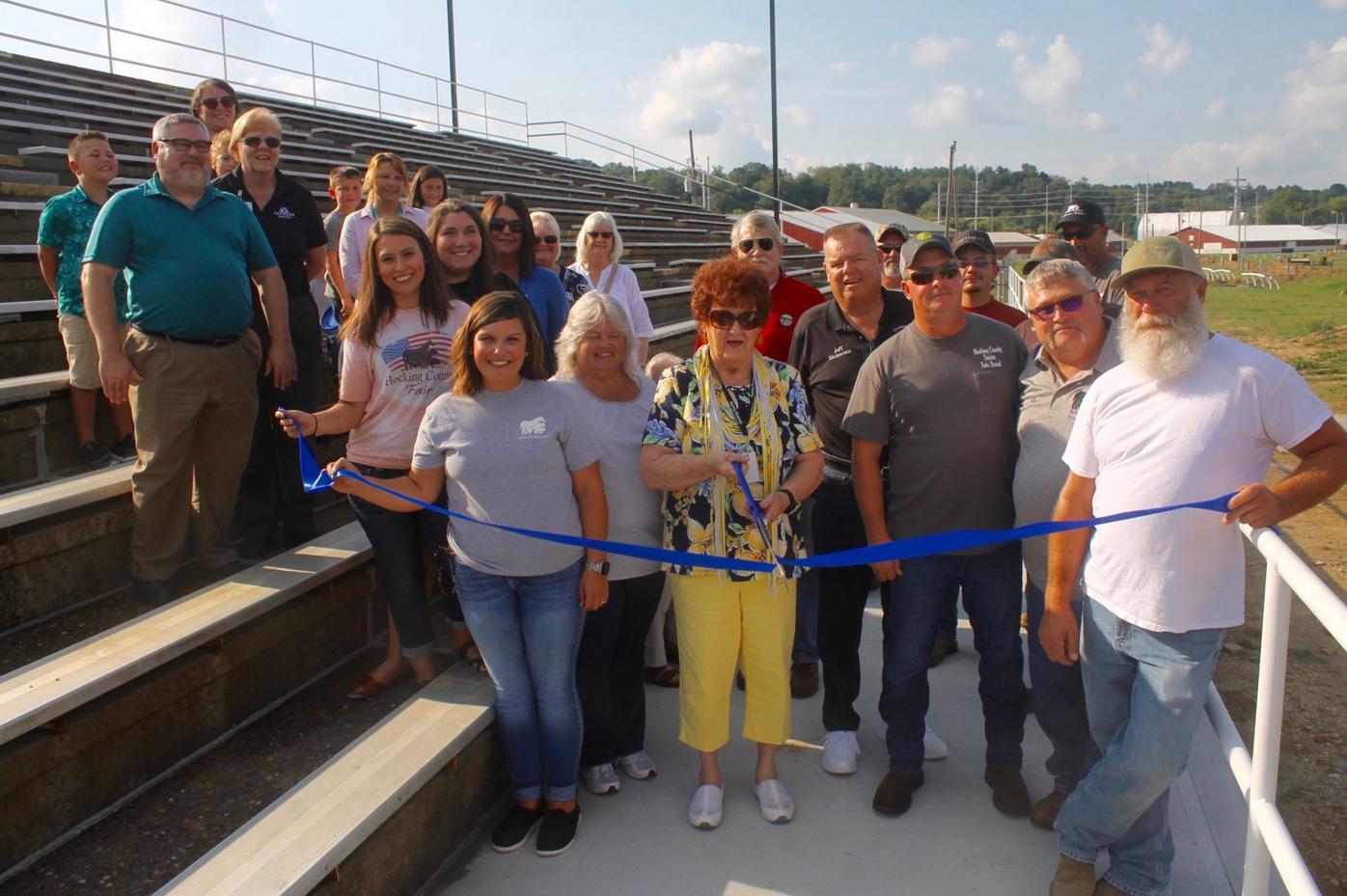 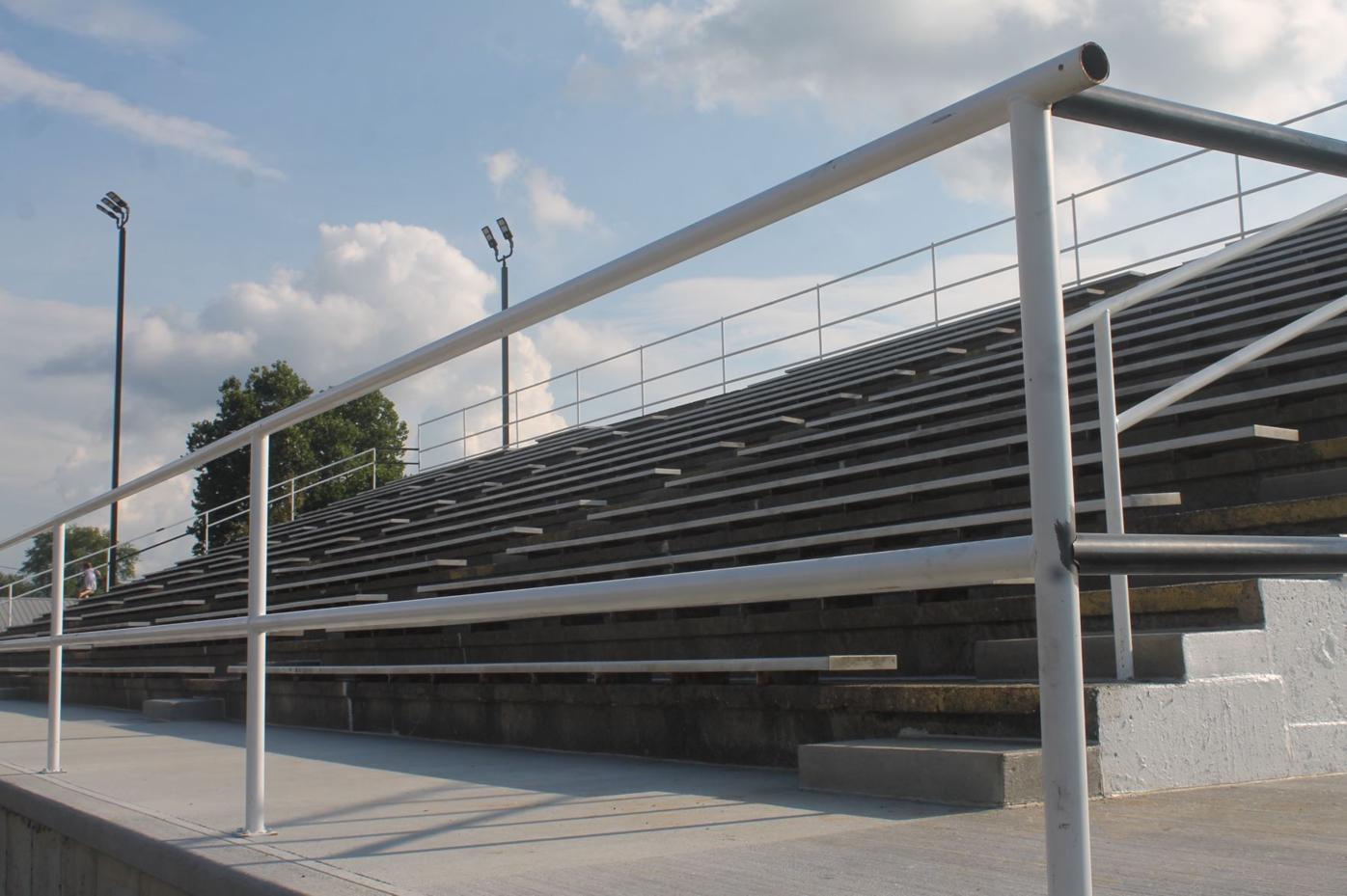 Improvements to the grandstand include new concrete and a new handrail. 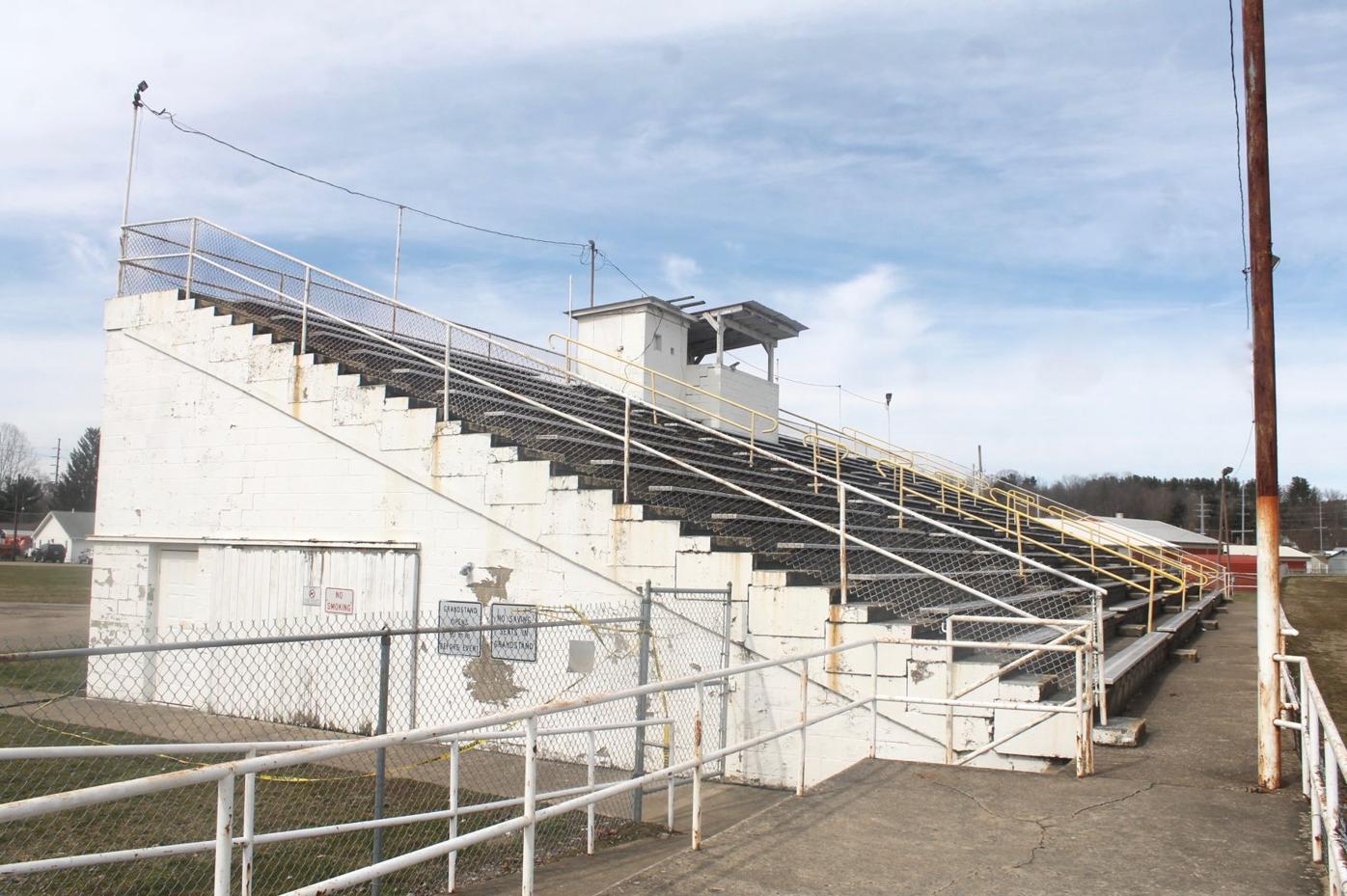 This is what the grandstand at the Hocking County Fairgrounds looked like last year, when it was closed to the public.

Improvements to the grandstand include new concrete and a new handrail.

This is what the grandstand at the Hocking County Fairgrounds looked like last year, when it was closed to the public.

LOGAN — Community members and local officials got a look Thursday at significant upgrades that have been made to the grandstands at the Hocking County fairgrounds, when the Hocking Hills Chamber of Commerce hosted a business after-hours and ribbon-cutting on the project.

As previously reported in The Logan Daily News, early last year the Hocking County commissioners closed off public access to the grandstand due to safety concerns, after an assessment by a consultant found that some of the precast sections at the top and bottom of the structure were showing signs of significant shifting. The consultant recommended either demolishing the structure and building a new one, or repairing the existing grandstand.

Jessica Dicken, secretary for the Hocking County Fair Board, said Thursday that the COVID pandemic interfered with the board’s plans for fundraising to help pay for renovations to the grandstand and other needed fairground work such as electrical and lighting upgrades, but that the county commissioners helped out with funding.

“We were going to work on a way to do some fundraising within the community, and then COVID hit and we realized that was not possible, so it sat empty; we only were able to have a junior fair last year,” Dicken recalled. “We obviously were hopeful that come this year we were able to have a full fair, and we started working with the commissioners. Because of our lost revenue that we had last year, they were able to help with this, and that money has allowed us to, between our electric updates and this, really do those improvements that are necessary around the fairgrounds.”

One reason the electrical system needed work was the fact that the fair provides an area where people can camp, with electric hookups; during times of heavy use the system would sometimes overload and either heat up or blow circuit breakers. Improvements to the system will continue to be made.

Looking ahead, Dicken said that she hopes the grandstand can be upgraded even further, and help make the fairgrounds a stronger magnet to draw tourists to downtown Logan. “Our goal would be in the next few years to maybe eventually get a cover over (the grandstand),” she said.

“I’ve been able to talk to people in tourism and other organizations that really would like to see the fairgrounds as… an area where people can hold different events throughout the year, and that’s our goal.”

Fair board members Hank Topf and Eddie Ogle, and electrician Brad Jones of BJ’s Electric in Laurelville, provided more details on the numerous upgrades, which include refurbishing of the electrical system, replacement of concrete and widening of walkways to make them more accessible, extensive caulking, the application of 130 gallons of concrete sealant, replacement of handrails, addition of a six-foot-tall barrier fence at the top back of the grandstand to prevent anyone’s falling or jumping from it, and painting.

Among those in attendance Thursday were the county commission members, who voiced their hearty approval of the improvements. “I think you all should be commended,” Commission President Jeff Dickerson told the fair officials.

The county fair this year is scheduled to run from Sept. 13–18.