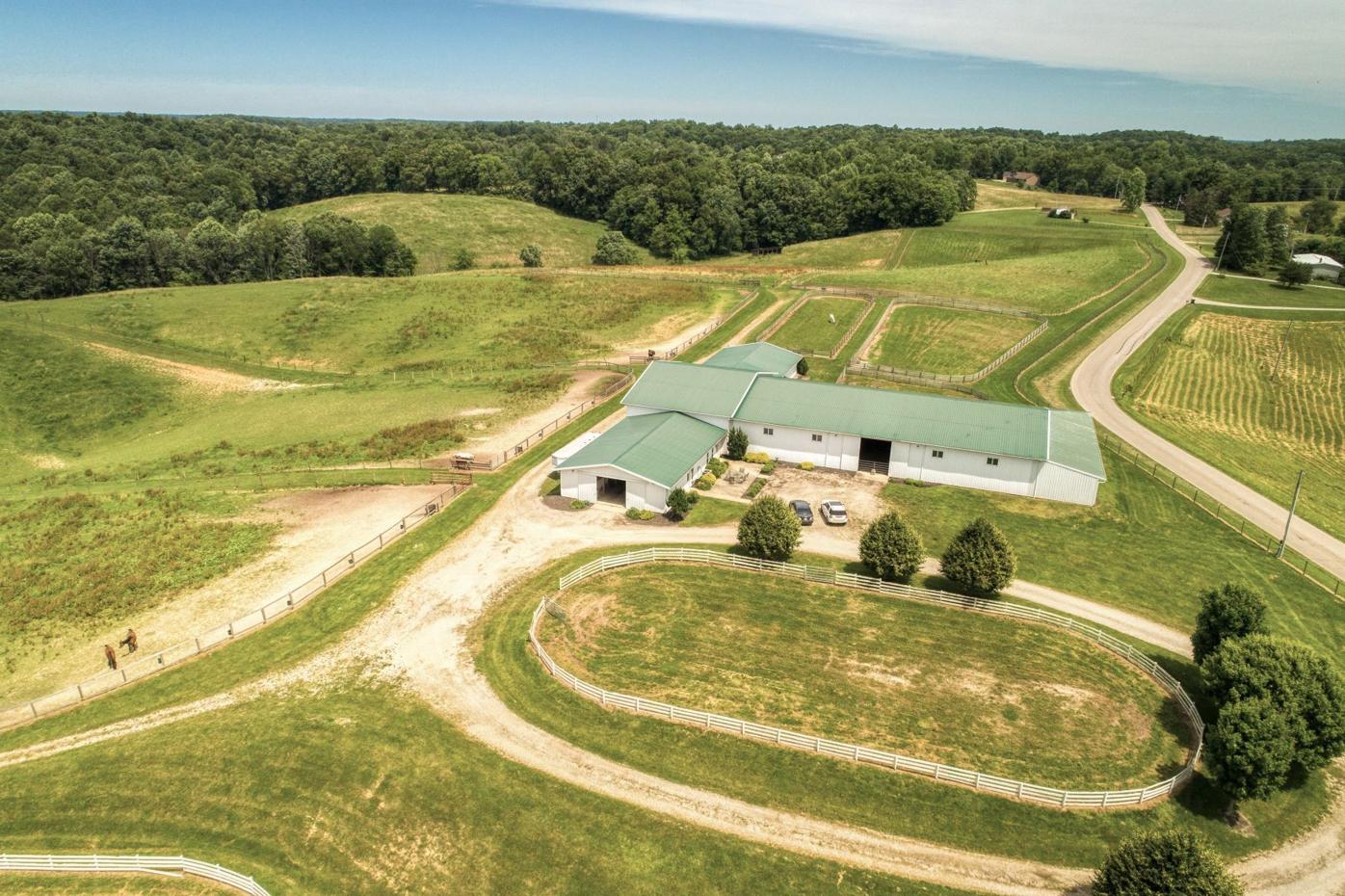 This site in Rockbridge is the future home of Valor Retreat. 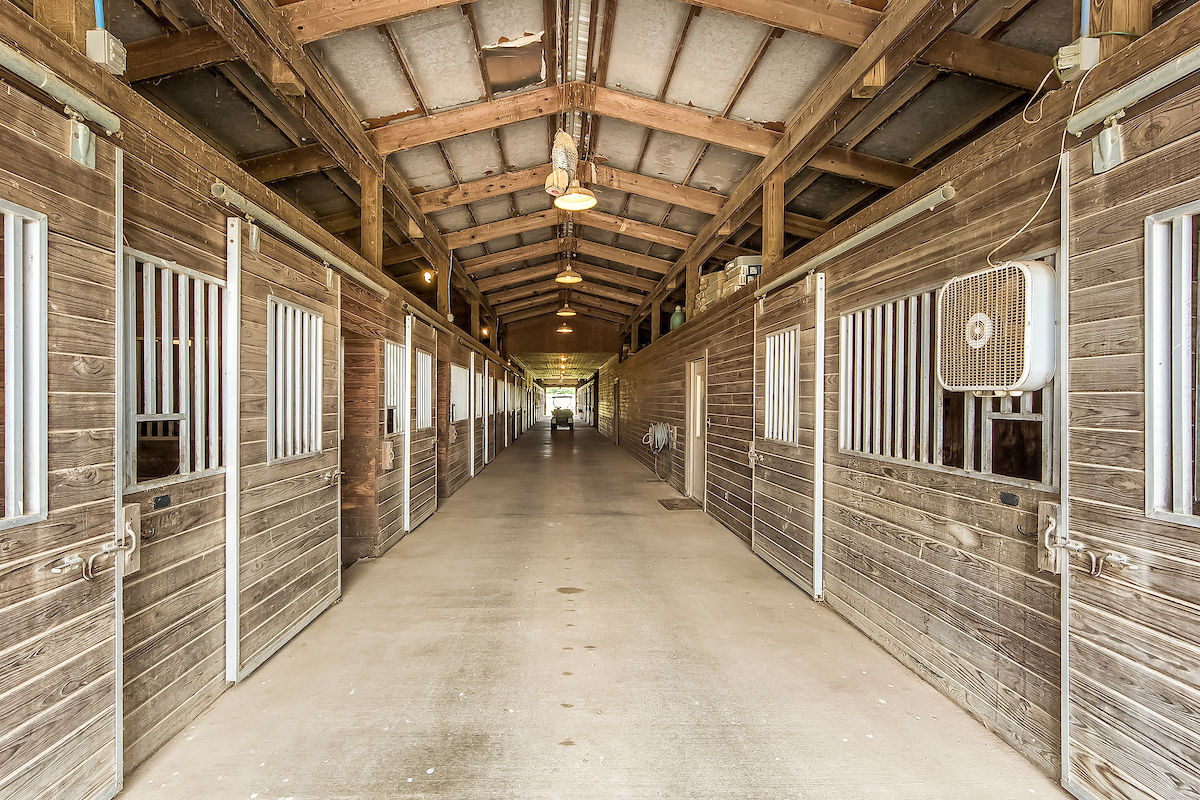 A view of the stables on the site.

This site in Rockbridge is the future home of Valor Retreat.

A view of the stables on the site.

ROCKBRIDGE – When businessman and veteran Larry Teichman was visiting some land he owns in the South Bloomingville area about five years ago, its idyllic peacefulness inspired him with the notion that it might make a great spot to let veterans gather with their comrades and families, and de-stress from the trauma of having served in combat zones.

Since then, Teichman’s initial idea has evolved into an ambitious, still-developing project to create a retreat where combat vets can relax, share their experiences, and take advantage of therapy for post-traumatic stress disorder (PTSD) and other psychological wounds.

“I’ve always wanted to do something to help vets, particularly combat vets, and their families,” Teichman recalled. “So my initial thought back then was, what if I just build a couple of cabins, and let them stay there free? I was just going to do that on my own, but then I got a lot of other people involved.”

One thing led to another as Teichman shared his vision with friends and associates from the Cleveland area, where he lived until recently moving to this region. Around two years ago, the group formed Valor Retreat at High Rock, a 501-C-3 nonprofit, to seek donations and move the project ahead. Teichman is its board director.

As their plan progressed, Teichman said, it became clear that the first piece of land chosen for the project was less than ideal, being essentially landlocked with no easy road access to U.S. 33.

“So I started looking around for something more suitable, and that’s when this property in Rockbridge was available,” he said. “It took a couple of years, but I finally ended up acquiring that place.”

Now that 22-acre site on Kreashbaum Road is the future home of the Valor Retreat, which aims, according to the group’s mission statement, “to provide a free, recreational facility for combat veterans, their families and our Gold Star families in a tranquil environment to recover from the ravages of conflict, to heal and reconnect with nature, their families, and one another.” The letters of valor stand for “Veterans Are Loved, Owed and Respected.”

Teichman, an engineer by training, graduated from The Ohio State University 1973, and entered the U.S. Army as an officer. Though the war in Vietnam was still winding down at that point, Teichman was not sent there. He remembers, however, being upset by what he calls the mistreatment of returning Vietnam combat vets by some people back in the states.

“They were venting their anger toward all these returning vets, and that really disgusted me,” he recalled. “That’s one of the main reasons why I want to do something to help them.”

After working as an engineer for 25 years, Teichman started a financial planning business; after more than two decades in that line of work he’s preparing to sell the business, retire and focus his energies on promoting and advancing the Valor Retreat project.

The Rockbridge site came complete with horse stalls, pastures and an indoor riding arena, which will allow the retreat to offer equine therapy, known as an effective treatment for PTSD. As a first phase of the project, the group plans to raise funding for and construct four ADA-accessible cabins and a lodge – though Teichman noted that “we could probably have 10-12 cabins there, if we get the funding to do that.”

The organizers of the project are piecing it together as they go, reaching out to like-minded organizations, such as the Veterans Administration, and other veteran-focused nonprofits, for ideas and assistance. Group member Barbara Titus, for example, also sits on the board of the Gary Sinise Foundation.

“The Gary Sinise Foundation has an affiliation with some other places very similar to what we’re striving to do, where they have, let’s say, curriculum, proven methods of treating PTSD, not only with equine therapy but with other methods,” Teichman noted. “So we want to be able to tap into them and learn how they did it, rather than trying to reinvent the wheel.”

The plan is to make Valor Retreat available to combat veterans and their families; any veteran who was assigned to a combat zone – whether they actually saw combat or not – would be eligible to apply for a free stay at the facility. The plan is to offer, at different times, either simple rest and relaxation, or more intensive stays involving therapy.

“It’s going be combination of the two,” Teichman explained. “Sometimes it’s just going to be rest, recreation, recuperation for the family and the individual, without this heavy duty treatment, if you will. The thought is, we’re going to have some weeks dedicated to that. And then at other times, if we get these programs going with trained medical doctors and psychologists, that will be a separate activity at a different time. So that’s what our goal is, to be able to do both eventually.”

Before any of that can happen, the facilities need to be built; Valor Retreat is now doing outreach and fundraising to make this possible, though Teichman added that “if necessary I’m going to fund a large part of that myself.” As part of its local outreach, the group held a pig roast/open house on May 22, and Teichman said that anyone who wants to tour the facility should give him a call at 440-376-0121.

At this phase of the project, Teichman explained, “what we’re trying to do is just in the community, let everyone know what we’re doing out there… Our focus really is on spreading the word right now, and getting involved in fundraising activities. And spreading the word would include getting people to come out and look at the facility and see what we’ve got.”

According to 2019 five-year estimates from the U.S. Census Bureau’s American Community Survey, about 9.5 percent of Hocking County’s population is made up of veterans, with the largest portion of those having served in the Vietnam era. More information on the Valor Retreat project is available at https://www.valorretreat.org/.