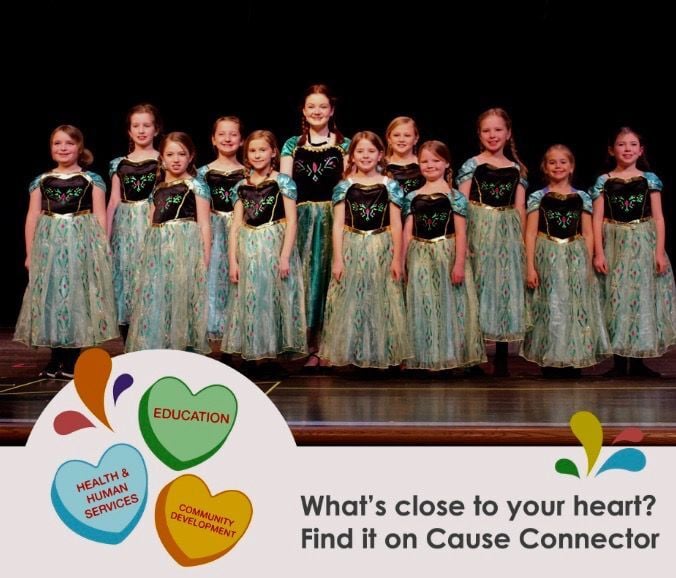 Cast members from the Hocking County Children’s Chorus’ February 2020 production of Disney’s “Frozen Jr.” have much to smile about – the HCCC is being featured on the Foundation of Appalachian Ohio’s Cause Connector site, in an effort to raise monies for a projector and screen in their new HCCC Music Room, located on the third floor of the Logan Theater and Cultural Arts Center. 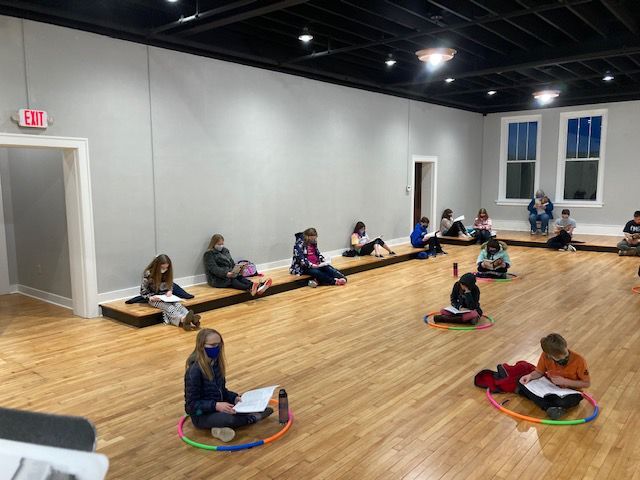 Cast members from the Hocking County Children’s Chorus’ February 2020 production of Disney’s “Frozen Jr.” have much to smile about – the HCCC is being featured on the Foundation of Appalachian Ohio’s Cause Connector site, in an effort to raise monies for a projector and screen in their new HCCC Music Room, located on the third floor of the Logan Theater and Cultural Arts Center.

LOGAN — The Hocking County Children’s Chorus (HCCC) is one of the first organizations to be featured on the Foundation for Appalachian Ohio’s (FAO) newest fundraising tool, Cause Connector.

The HCCC is a nonprofit arts organization open to all children of all abilities in Hocking County, grades two through 12, executive director Therese Karnes said. The HCCC’s Cause Connector project is fundraising for a projection screen and projector for its third-floor practice space in the downtown Logan Theater and Community Arts Center, 86 East Main Street.

“We were very excited to be considered as one of (the FAO’s) initial projects,” Karnes said. “This not only helps us with practices, but gives us exposure to the wider community.”

Currently, the children’s chorus is rehearsing for its upcoming spring production of “Fiddler on the Roof.” The projector will not only benefit the HCCC with rehearsals and practices, but also the community, Karnes said.

“When people rent out the facility, they can use it for meetings, watching ball games, family reunions, stuff like that,” Karnes said. “It will be ours that other people can use.”

The motorized projector screen will be automated and the LCD projector will be plug-and-play, Karnes explained. The project has done great its first week, Karnes said, with over $1,000 raised of its $10,000 goal.

The FAO, located in Nelsonville, launched Cause Connecter last Wednesday, Feb. 10. Cause Connector is a website that features fundraising projects across Appalachian Ohio, from Portsmouth to Ashtabula.

The FAO chose to highlight the HCCC’s project because of its community involvement in the arts, Megan Wanczyk, vice president of communications and programs at the FAO, said.

“The hope is that new donors will find this work and look to support it,” Wanczyk said. “Folks might also learn more the HCCC and think ‘this is an opportunity for my family to engage with the arts,’ or ‘I want my child to be a part of (the HCCC).’”

According to the FAO and Wanczyk, Appalachian Ohio experiences a “philanthropy gap.” This means the region’s nonprofits, schools and community organizations have less means to support their needs and pursue opportunities. It also means there are fewer permanent dollars in the area, Wanczyk said.

A portion of each gift given on Cause Connector goes to the FAO’s I’m a Child of Appalachia Fund to fund future FAO philanthropy. The HCCC LCD Projector and Screen project has a deadline of April 9 to reach its goal funding.

Donations big and small can be made online. Suggested donations start at $25. Donations can be made and more information can be found at www.causeconnector.org/project/lcd-projector-and-screen/.