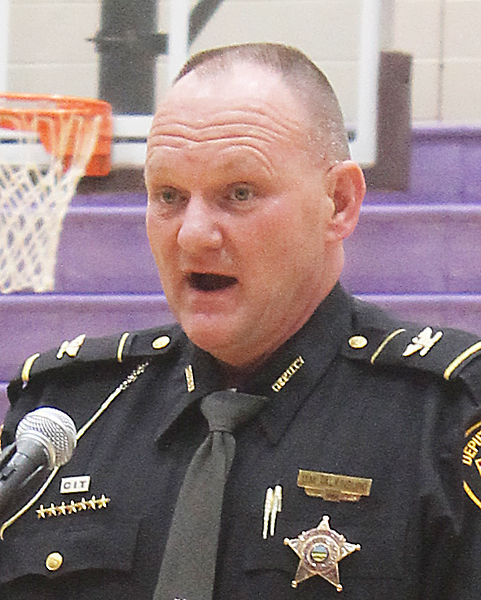 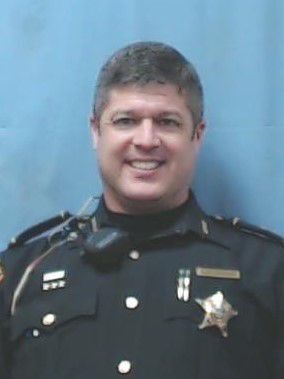 LOGAN – In February two Hocking County Sheriff’s officers abruptly left their jobs in the midst of an internal investigation into whether they had violated departmental policies. Records obtained by The Logan Daily News now show that their alleged violations included improperly accessing the private medical records of a Logan city official, and then gossiping to other people about confidential information found in those records.

The newspaper has obtained investigative records from the Muskingum County Sheriff’s office, which was called in by Hocking County Sheriff Lanny North to handle an internal probe of the two officers’ conduct. These documents show that Lt. Ed Downs, a mental health deputy stationed at Hocking Valley Community Hospital, was accused of having accessed medical records, relating to the emergency hospitalization of a city official, from a hospital computer.

Downs then allegedly shared information he had learned from the confidential records with his supervisor, Chief Deputy David Valkinburg – who admittedly then passed this information on in casual conversation with staffers in the Hocking County Municipal Court.

The investigative records name the city official whose records were involved, and include some indication of the nature of the medical information that was accessed about this person. The Logan Daily News has chosen to maintain the confidentiality of these details.

The investigation records from Muskingum County indicate that Downs has denied accessing the medical files, and has claimed that he told Valkinburg only what he, Downs, believed the records would say. The investigative records also mention, however, that an officer from the Logan Police Department reported to the Logan police chief that he had seen Downs accessing the medical records.

That Downs told Valkinburg something about the city official’s hospitalization, and that Valkinburg passed the information on, appears to be undisputed. Major Caleb Moritz of the sheriff’s office told the Muskingum County investigator that Valkinburg was in Moritz’s office, with Moritz present, during the phone call from Downs to Valkinburg in which Downs told his superior officer about the medical case.

In addition, multiple witnesses interviewed by the investigator, including Valkinburg himself, confirmed that on Jan. 20 Valkinburg told Hocking County Municipal Judge Fred Moses about the city official’s hospitalization, in a conversation overheard by at least one court staffer.

In early February The Logan Daily News reported that Valkinburg and Downs had been removed from active duty and placed on paid administrative leave while an outside agency investigated whether they had violated office policy.

At that time Sheriff North issued a statement in which he said: “To avoid any possibility or question of impropriety in the investigation, I have requested that an outside agency from a nonadjacent county conduct the investigation. I do want to make it clear, that the fact that these two are on paid leave does not indicate that they are being disciplined for any wrongdoing at this point. However, it signals that I want a complete, thorough and unbiased investigation to be conducted to uncover the true facts of the allegations, whatever they may be.”

On Feb. 20 the paper reported that the two officers had both left their jobs, Valkinburg by retirement and Downs by resignation.

In a statement issued at that time, North did not say the two had been found to have violated any departmental policies – only that by quitting the agency, they had effectively ended his ability to punish them.

“Had the internal investigation substantiated allegations of misconduct, the appropriate internal discipline would have been issued,” North said. “However, due to the fact that the two chose to end their employment before the investigation was completed, the ability to issue any discipline was lost, as they are no longer employees of the Hocking County Sheriff’s Office.”

North said this week in response to questions from The Logan Daily News that Downs and Valkinburg were not forced out, but chose voluntarily to leave the sheriff’s office. “Neither individual was given an ultimatum, but always had the choice to resign,” North said in an email. “They ultimately made that decision on their own.”

One of the documents in the investigation record, however, refers to “agreements with the prosecutor’s office” reached in connection with Downs’ resignation, to the effect that Downs would not face criminal charges, as well as agreements with the family of the official whose medical privacy was violated, that “there will be no lawsuit.” Presumably as part of whatever agreement was reached with Downs, the document states that he “will keep his law enforcement certificate, but will never be able to hold a law enforcement position in Hocking County.”

The Muskingum County investigator also states in one report that during a Feb. 12 meeting with Valkinburg, “I made him an offer to resign and have this investigation stop at this point.” Valkinburg reportedly declined the offer at that time, and suggested that “this is being blown out of proportion.”

The internal investigation also looked into Valkinburg’s having allegedly violated departmental ethics policy when he “provided out-of-context and/or false information” to persons including a municipal court clerk, regarding what Hocking County Prosecutor Ryan Black had said to Valkinburg about a new “lethality assessment form” that sheriff’s deputies were scheduled to begin using in February 2021. According to previous reporting in The Logan Daily News, the form is meant for use in domestic violence cases, and is designed to help officers evaluate the danger level of a person’s home environment.

Based on interview summaries in the investigative records, Valkinburg was apparently much in favor of the assessment forms, while Black argued forcefully that unless changes were made to them, they would create serious difficulties for his office in trying to successfully prosecute domestic violence cases, and might even result in charges being dismissed. A heated discussion about the forms between Black and Valkinburg on Jan. 14 or 15 resulted in the prosecutor’s telling the deputy that he, the prosecutor, had the authority to drop cases he felt were unwinnable. According to Black’s recollection, he told Valkinburg something like, “I’m the prosecutor. I can drop the case regardless of what you think.”

When Valkinburg spoke to a municipal court employee later about this conversation with Black, however, according to the employee’s account, the officer said something like, “The prosecutor is against (the forms) and if we use them, he’s going to throw the cases out.”

Sheriff North said last week that he believes the issues uncovered in the internal investigation do not suggest any sort of systemic problem in his office.

“As the investigation proceeded it was evident that this was an isolated incident involving these specific employees,” the sheriff said. “There were no allegations of misconduct or evidence to suggest this conduct involved any other deputies or employees of the Sheriff’s Office.”

Regarding the issue of improper accessing and sharing of medical records, which are protected under the federal Health Insurance Portability and Accountability Act (HIPAA), North said Hocking Valley Community Hospital has provided HIPAA training to the mental health deputies assigned to the hospital, and “the supervision of the Mental Health Services Division has also been restructured to provide better management and oversight.”

The Logan Daily News attempted to contact Downs and Valkinburg Friday through a social media platform but without success.