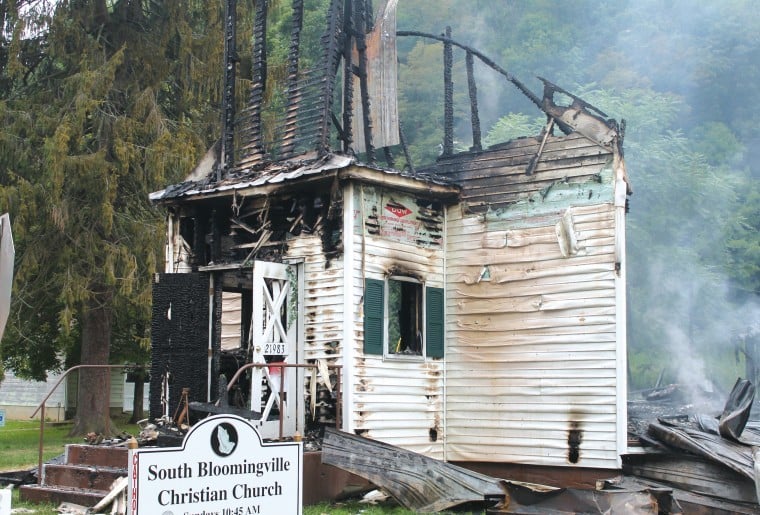 This entrance and sign are all that remain of South Bloomingville Christian Church. It was burned nearly to the ground Friday morning. Some suspect arson. 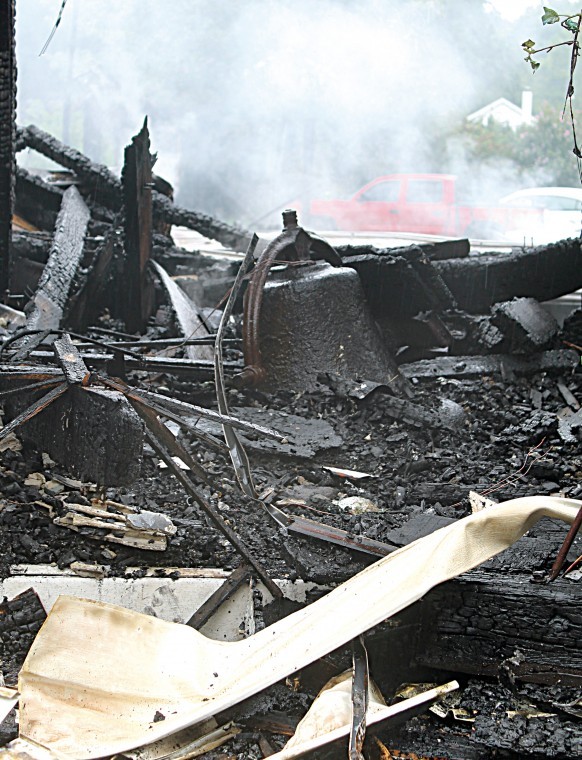 The church bell sits charred among the rubble and ashes of South Bloomingville Christian Church in southwestern Hocking County.

This entrance and sign are all that remain of South Bloomingville Christian Church. It was burned nearly to the ground Friday morning. Some suspect arson.

The church bell sits charred among the rubble and ashes of South Bloomingville Christian Church in southwestern Hocking County.

SOUTH BLOOMINGVILLE — All that remains of South Bloomingville's last historic landmark are smoldering embers and the bell that once could be heard throughout the community. Residents woke early Friday morning saddened to find that the South Bloomingville Christian Church was burned nearly to the ground.

Laurelville and Washington Township volunteer firefighters were called to the scene at approximately 2:55 a.m., but were unable to save the structure. No injuries were reported.

According to one South Bloomingville resident, a man was seen at the site when the fire began, fueling the theory that the blaze was intentionally set.

The church's pastor also believes arson to be the cause.

The Rev. Scott Davis bought the church in 2010 and opened it to the community for services in 2011. Davis said he suspects arson because he has received many death threats in the past. "It's because this is a gay, lesbian, bisexual, transgender church, and people around here don't agree with it." Davis said he welcomes all people to the church, regardless of faith, sexual orientation or race. There are approximately 30 locals who attend on a regular basis.

Davis said the residents of the small, quaint town are very upset with the orientation of the church, but doesn't understand why someone would destroy the last historic building other than for revenge.

Built in 1854, the building originally was a school housing eight grades with two teachers. When the community built a new school in 1923, the building was converted into the Methodist Church. The church closed in 1986 and the building stood empty for many years. In 2000, a local resident bought the building for $20,000 and used it for storage until the time it was sold to Davis.

The reverend won't let this tragedy keep him from conducting regular services. Davis said church services will be held on the back lawn until the church is rebuilt. His plan is to rebuild the church to be an exact replica of the original building. "I plan on rebuilding as soon as possible," Davis said. "As soon as the money for the insurance comes through and this is all cleaned up, there will be a new church."

Anyone with information about this fire is asked to contact the Hocking County Sheriff's Office at 740-385-2131.