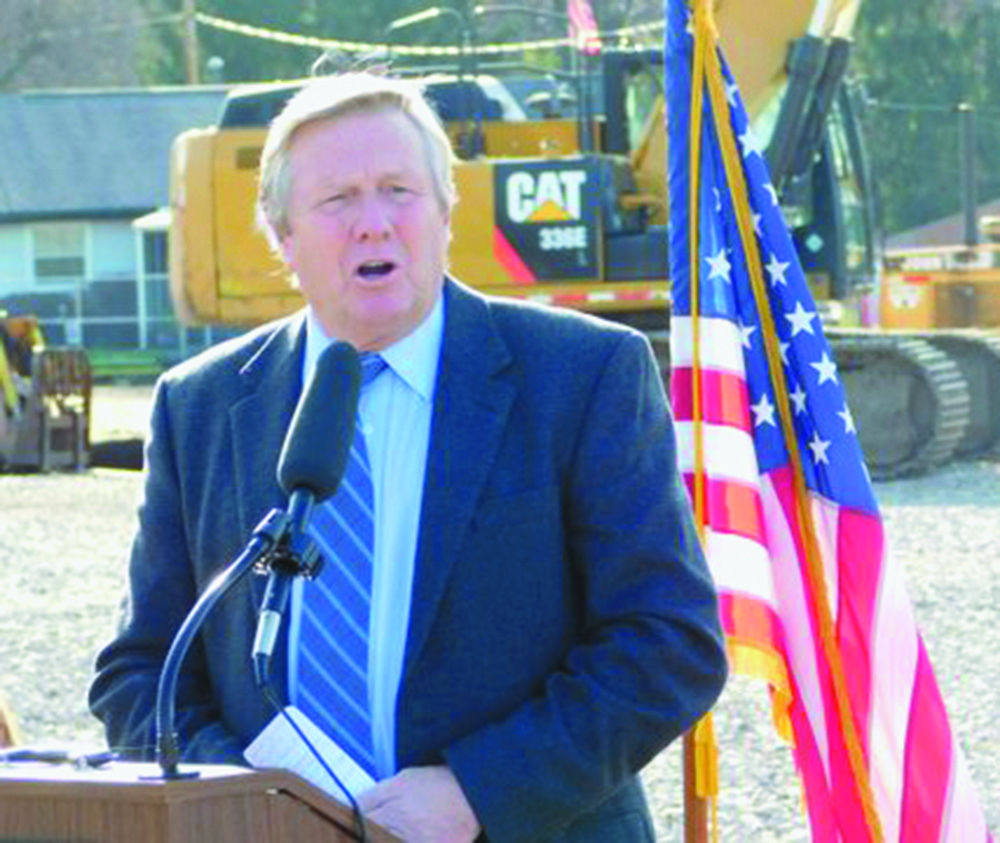 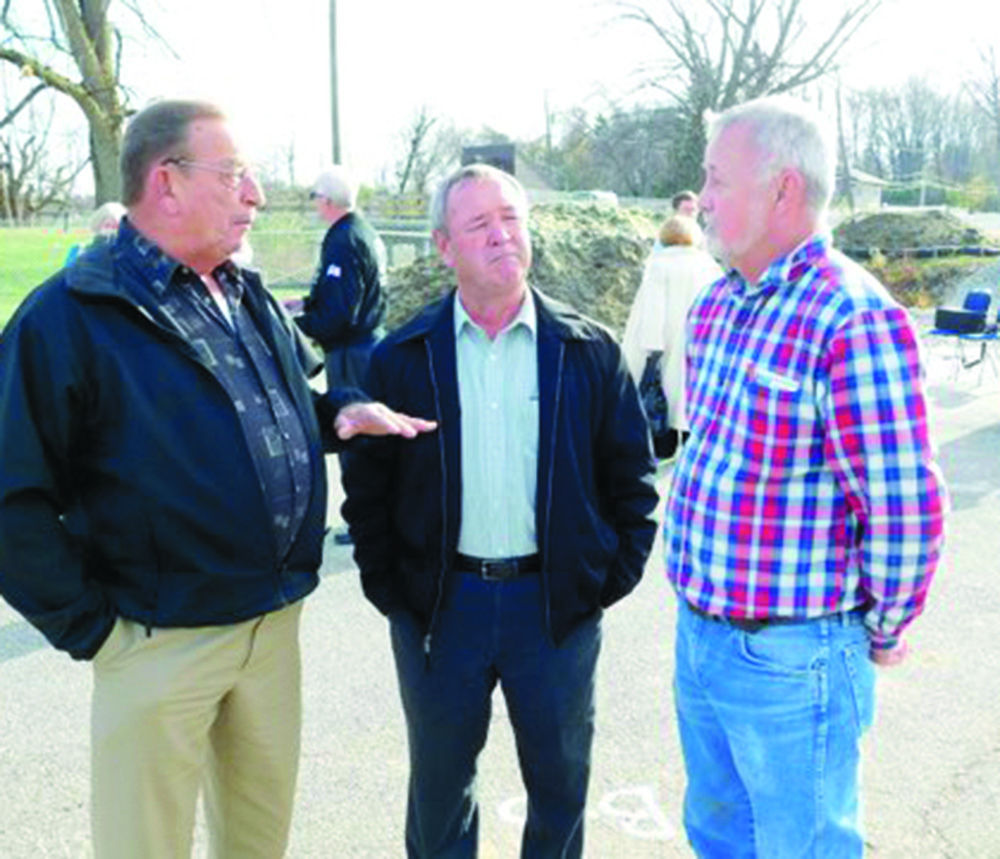 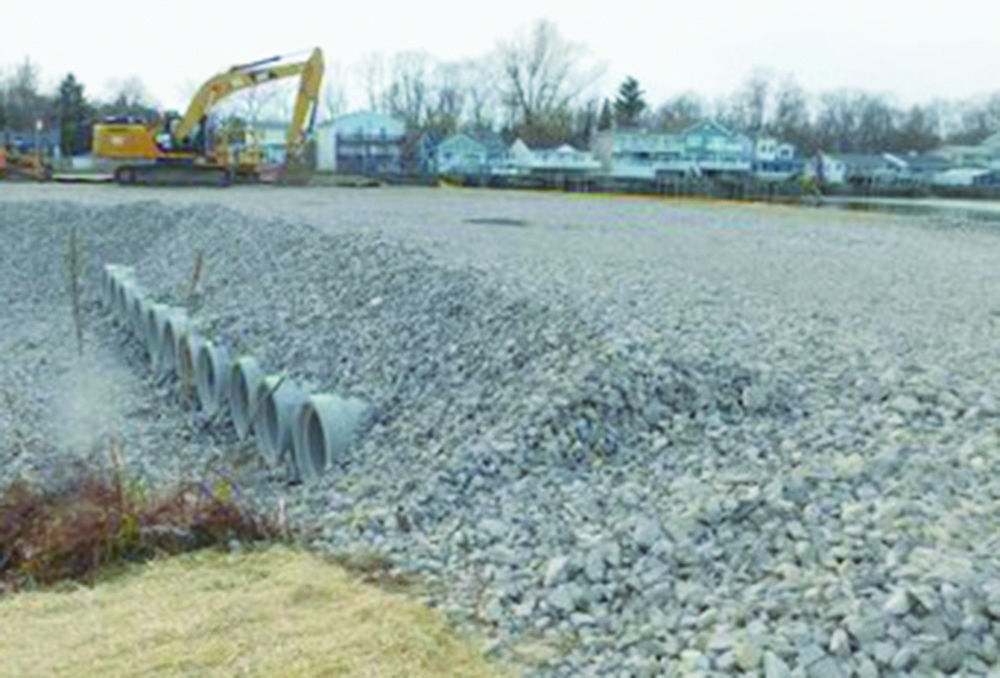 The staging area for the Buckeye Lake dam project has replaced a canal that formerly gave boaters access behind the Lieb’s Island boat launch.

The staging area for the Buckeye Lake dam project has replaced a canal that formerly gave boaters access behind the Lieb’s Island boat launch.

MILLERSPORT — The Ohio Department of Natural Resources (ODNR) invited community members, state and local legislators, and the media to attend a public meeting at the Leib’s Island boat ramp on Monday, Nov. 15, to announce the next step in the Buckeye Lake Dam Project.

Phase 1 of the new dam construction is the completion of a stability berm that will be built in front of the existing dam. Once the stability berm is complete and passes a rigorous safety inspection, the gates on the dam can be closed which will allow the water levels to rise. This first phase could be completed as early as next summer.

“Buckeye Lake has long been one of the state’s most popular recreation areas for those looking to fish, boat, and vacation, and we are working expeditiously to restore the area to a destination once again,” said Director Zehringer. “With the start of construction, we are one major step closer to a safer Buckeye Lake and returning the community to life as it once was.”

According to the ODNR press release, a process called “soil mixing” is the construction method that will be used to build the stability berm. This method allows the berm to be completed as the structure is being designed and built.The soil mixing procedure will allow engineers working on the dam to continue gathering input from the community throughout the construction phase. Once the berm is completed, construction of the new dam will commence.

The press release also announced work will begin in multiple areas along the 4.1 mile dam. In addition to the soil mixing procedure, this work will incorporate steel pilings placed in certain locations on the lakeside of the existing dam. The addition of the steel pilings will allow the dam to be completed sooner and at a reduced cost according to the ODNR.

While the future of Buckeye Lake dominated the ODNR press conference, the stark reality of the present facing local residents and businesses was also addressed. ODNR Chief of Projects, Steve Berezansky, described the dock removal process for residents living along the north and west shoreline.

“Residents received letters telling them that docks had to be removed by Nov. 1. So far 25 percent of the residents have removed their docks and we received waivers from another 160 residents allowing us to remove their docks,” explained Berezansky.

Members of a local advisory board and state legislatures were also invited by the Director to address the crowd. While most of those present were pleased with the projected higher water levels by next June, Ron Craig, president of the Buckeye Lake Civic Association was not nearly as optimistic about ODNR’s timetable.

“I encourage the ODNR to close the gates as soon as possible,” said Craig. He further commented that a successful business season may not be possible if the gates are not closed sooner than June 1.

Perry County commissioners Jim O’Brien and Dave Freriks did not address the crowd, but did discuss an issue with local resident Bob Coleman that concerns citizens on Buckeye Lake’s southern shore.

“We’re in the process of setting a meeting with the ODNR and the EPA to discuss dredging these private canals as part of the Buckeye Lake improvement process,” stated Coleman. The public has boat access to the water in all five private canals. What makes these canals private is the ownership of the land. There is no public access to the shorelines along the five canals.

With construction of the stability berm set to begin within the month, a sense of optimism has finally surfaced for the Buckeye Lake dam project. A summer with a higher lake level is no longer a five year goal as it once was. The ODNR’s aggressive time schedule and expedited paperwork have a much improved picture for Buckeye Lake’s 2016 season.

Regardless of the anticipation for a much quicker process, ODNR Director James Zehringer was steadfast in his original and continuing goal for Buckeye Lake.

“We are very aware of the Buckeye Lake citizens and businesses, but our number one priority has been and will continue to be the safety of the 3,000 people living below the dam.”