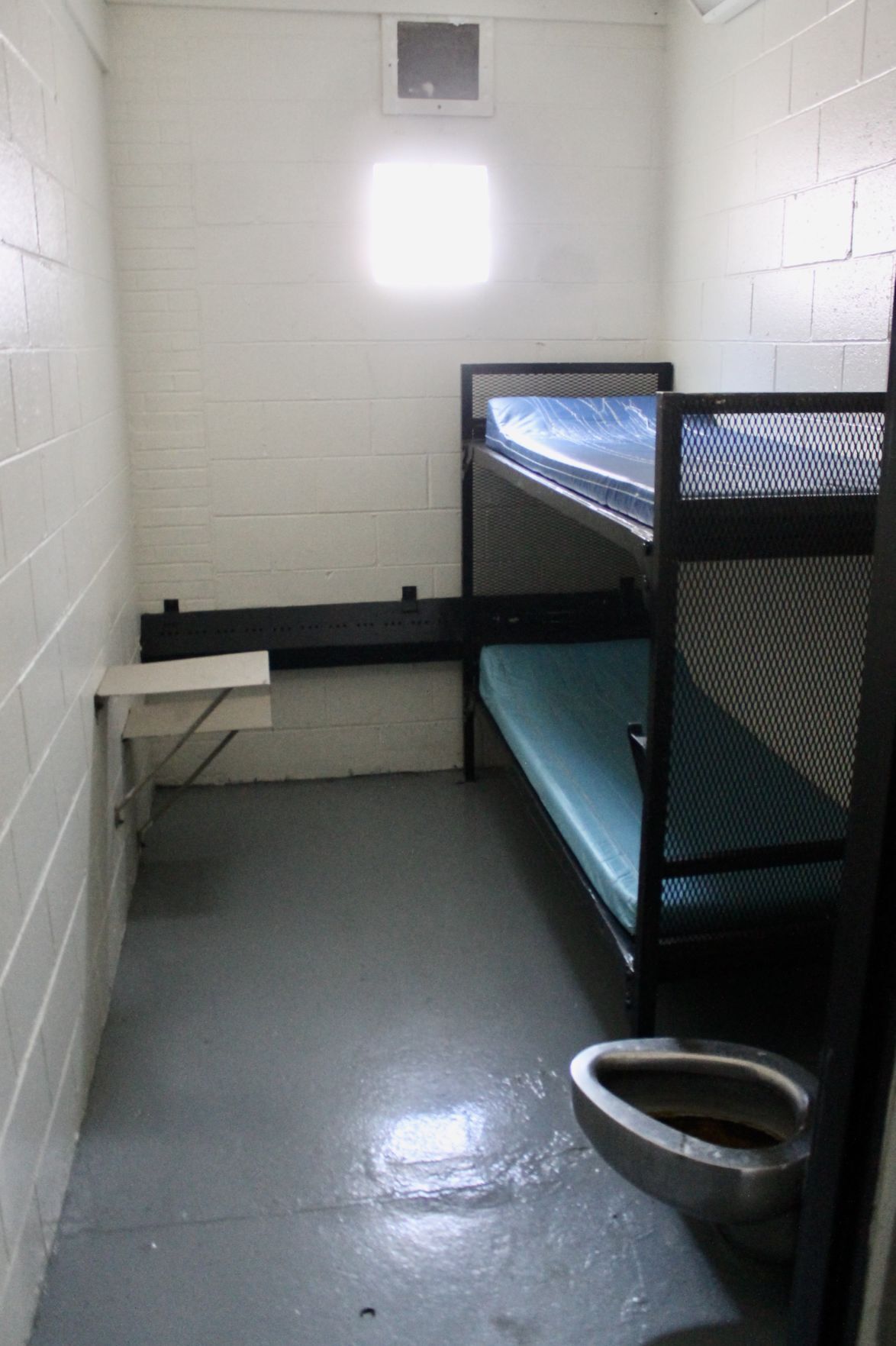 While on the tour of the Hocking County Correctional Complex, Sen. Tim Schaffer got a glimpse of what looked like a solitary confinement cell. 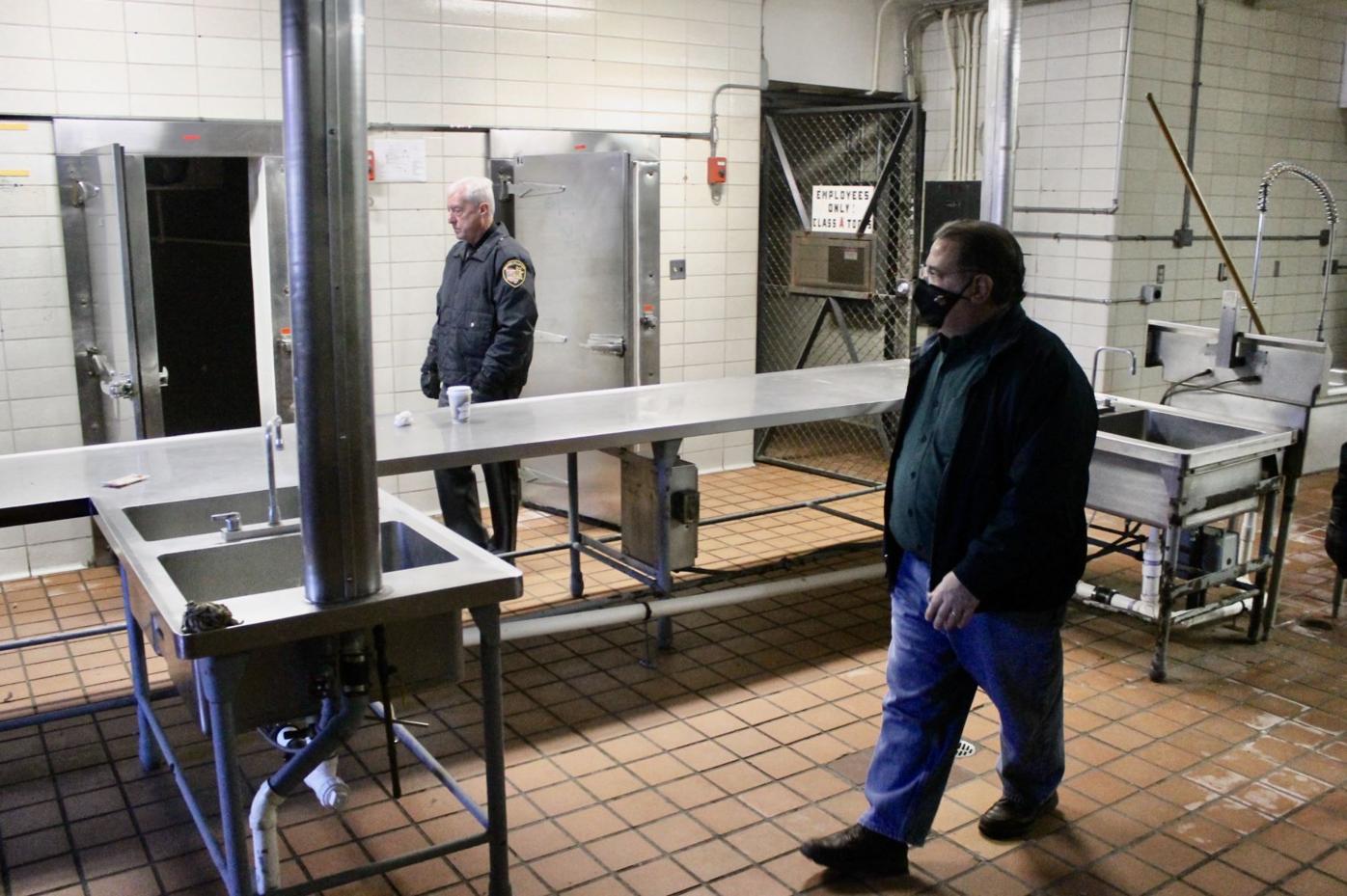 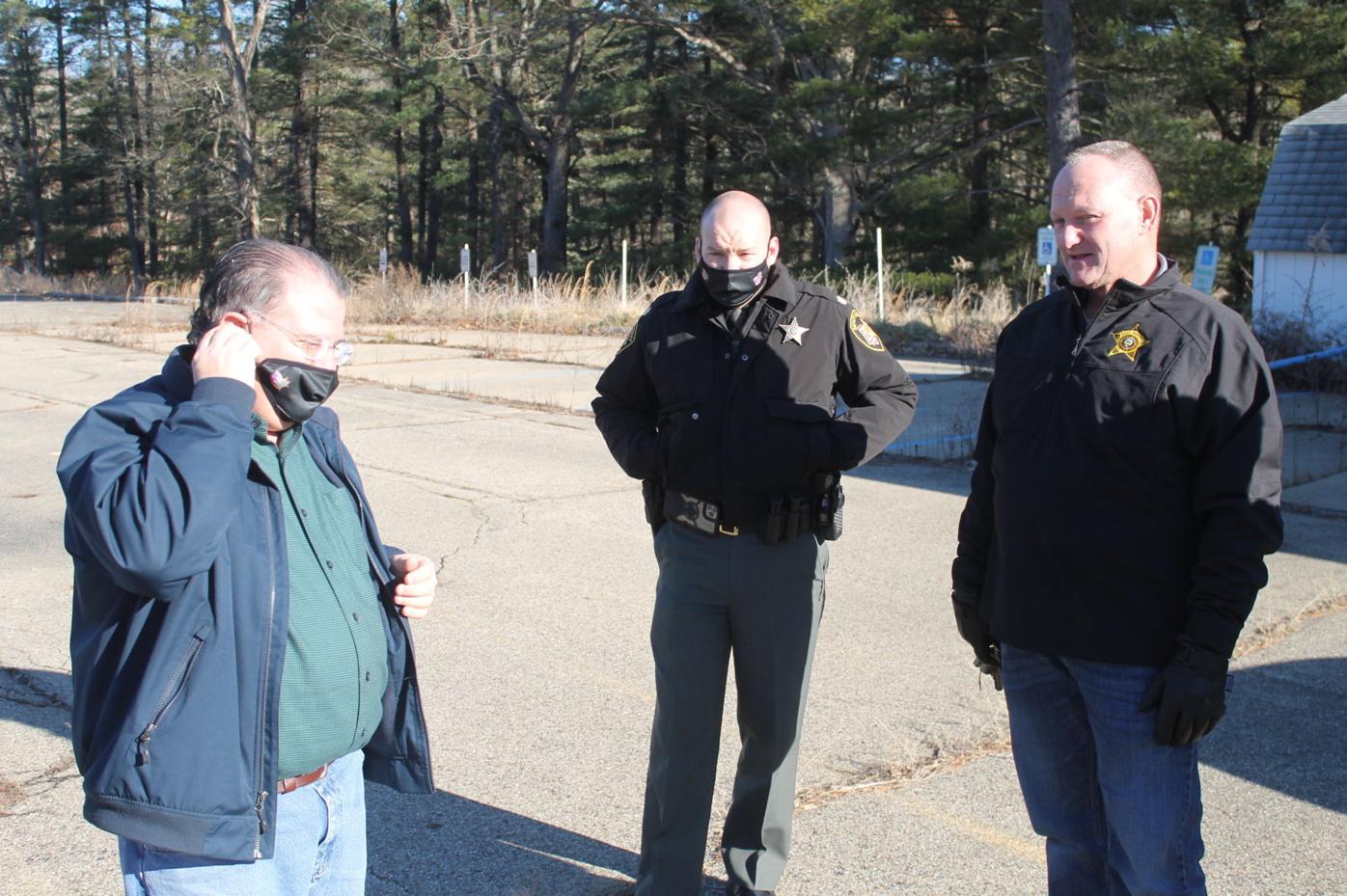 While on the tour of the Hocking County Correctional Complex, Sen. Tim Schaffer got a glimpse of what looked like a solitary confinement cell.

LOGAN — State Sen. Tim Schaffer and members of the Hocking County Sheriff’s Office visited the Hocking County Correctional Complex on Wednesday morning, as new funding has been approved for the facility to be renovated and become a regional jailing as well as drug treatment facility.

Among leafless trees stands the former tuberculosis hospital that is now the Hocking County Corrections Complex. Sen. Schaffer, of District 20, ventured down to join with local law enforcement in a look at what may be the area’s next regional jailing facility, to be used primarily for female prisoners.

Bed space has been a documented issue for area law enforcement over the years as the Southeastern Ohio Regional Jail has had to manage and organize its inmates to find adequate room for all those who need to be incarcerated. For incarcerated women, the scarcity in bedspace is a specific issue Hocking County hopes to address. In its plans, the county intends for the complex to serve as a female jail facility as well as a treatment center for both men and women.

On a bright, cold winter’s day, Schaffer visited with Hocking County Sheriff Lanny North and Major Caleb Moritz prior to visiting the old incarceration facility. North and Moritz accompanied Schaffer to the city of Nelsonville, where the facility is located.

Even though the site has a Nelsonville address, the building itself actually sits atop a small hill which falls just within Hocking County’s borders.

Once at the gate, the trio joined up with Hocking County Chief Deputy David Valkinburg from the sheriff’s office. From there, Valkinburg guided the senator through what had been a housing unit for staff who worked at the prison in years past.

In the past, the administrative building — the senator’s first stop — just outside of the main building, originally housed nursing staff working at the facility’s hospital in the 1950’s. Later, the buildings were repurposed into a children’s center, eventually being abandoned and turned over to the Ohio Department of Rehabilitation and Correction (ODRC) in 1982.

According to the ODRC, the facility — also known as the Hocking Correctional Unit — was built in 1955 by the state and first utilized as a hospital for the treatment of tuberculosis patients.

From 1982 to 1983, the facility was renovated into a prison by inmates and staff, according to ODRC. Under the department’s supervision, more improvements were made to the 18.3-acre site.

In 2016, the facility became the focus of a major local news story, when 59-year-old John Modie was indicted on charges after escaping the prison. Based on a legal oversight, the convicted murderer who fled the prison was acquitted of a felony escape charge, The Logan Daily News reported. This prompted further improvements to the facility’s overall security system.

However, the improvements made were not enough to keep the prison in operation; it would see its last group of 23 inmates permanently moved from the site on a rainy day in February of 2018. Since then it has been unused, and now sports overgrown grass, rubbish and unkept hallways.

Overall, the additions to the facility brought its total space up to 94,655 square feet. According to Valkinburg, the facility served as a medium-security prison specifically for older inmates.

Major Moritz communicated to the first-time visiting senator that some aspects of the site do meet ODRC standards for prisons, but not for jails. On the second floor, the major pointed to outlets along with television cable connections on the walls where inmates would sleep. That arrangement does not meet standards for jails in Ohio, according to Morits, which adds to the overall expenditure it would take to renovate the facility again.

“Nothing is cheap about this project,” Moritz told The Logan Daily News.

Walking through its desolate halls, Schaffer peeked around every corner to observe the building’s history. Inside its walls, elderly inmates were known to paint works of art while residing there. Some have weathered, while others, located further inside the building, seemed to have been left untouched over the years.

“My understanding is that [the state is] working on the application process now,” Schaffer said, adding that Hocking County may not have to apply because the project is already in its third year since its start.

In the state’s bi-annual budget, a portion of funding has been set aside for the Hocking County jail. The process to reopen the jail started nearly three years ago and was set to hit a milestone this year, but due to COVID-19 closures and the state’s economy, the project was put on hold.

Once all is said and done, the Hocking County jail project will cost in the ballpark of $12 million, according to ODRC. In what is nearly a $50 million pot of funding, ODRC has indicated that jails with non-compliance issues related to healthcare and public safety have been given the highest priority. Funding, as of now, has yet to be approved by the state.

Walking around throughout the building and through its rooms, Valkinburg and Moritz pointed put individual aspects that need to change for it to comply with ODRC standards for jails. It has not seen much attention in recent years, leaving some of its security features in need of repair or replacement. For the first time, the county hopes to install air conditioning, something that the building has never had before.

Finalizing the renovation project could help bring close to 100 jobs into the area, as well as 350 bed spaces for inmates and those who are in treatment. Inmate bed space numbers may change, however, since the state requires a certain amount of space in between each inmate, Moritz explained.

The tour with the state senator took around two hours to complete fully with the last stop on the tour being the facilities’ main rooms that housed inmates.

“Sen. Schaffer has always been a very strong friend and ally to our region,” Moritz commented. “It was nice to see that he took an interest, like he normally does with projects down here, but it was nice to have him down here to support the project.”