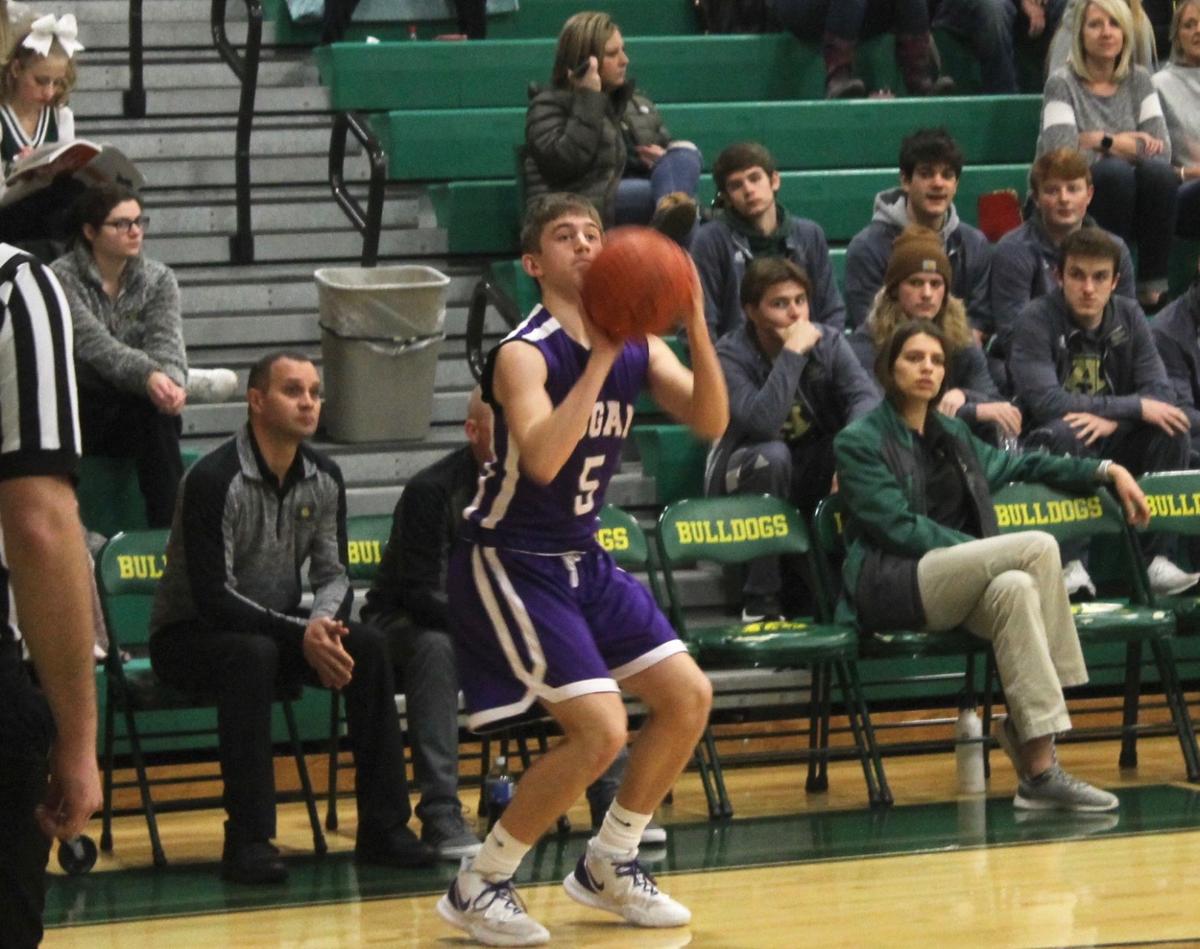 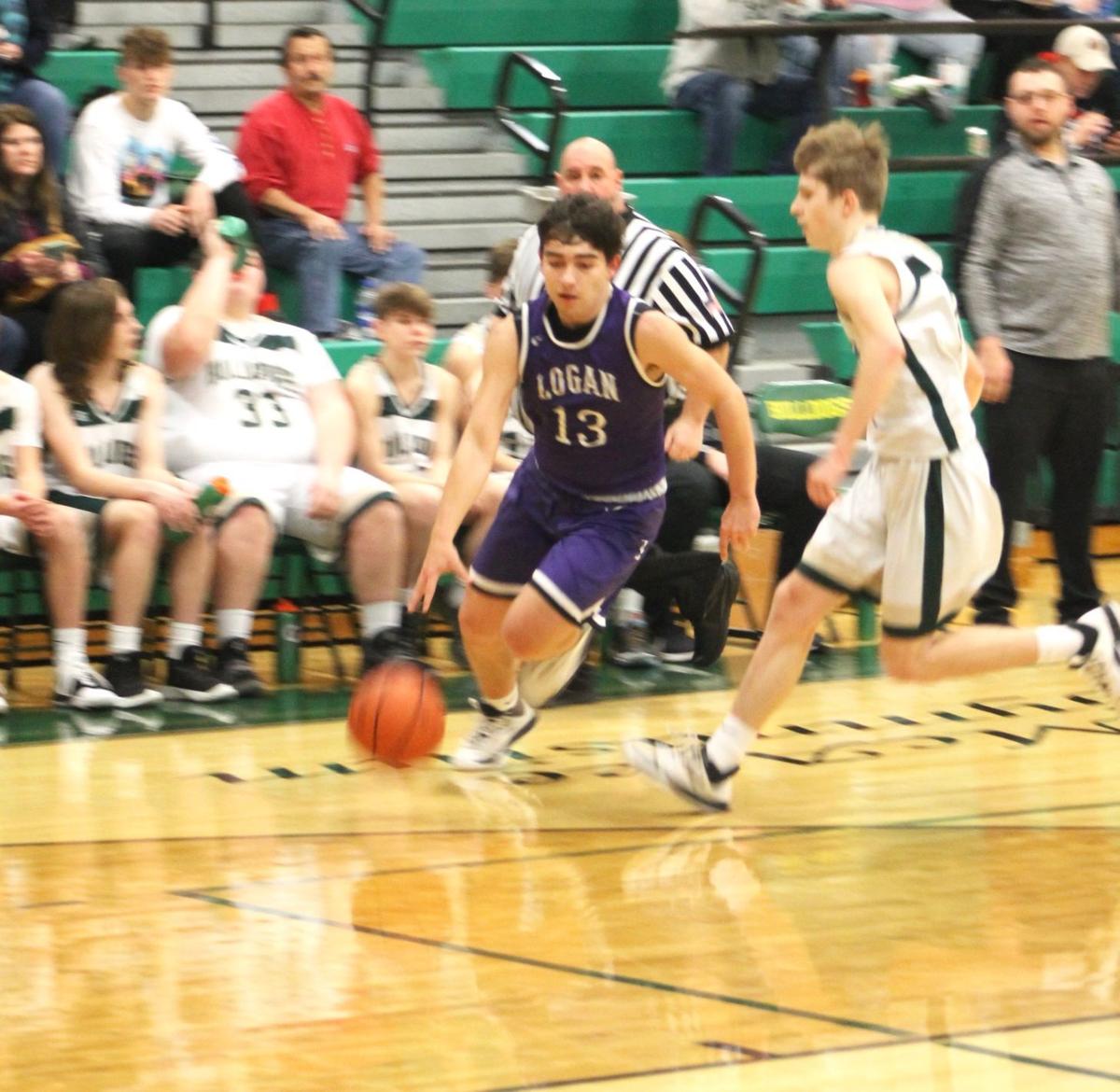 Logan’s Ashton Mahaffey cuts to the basket to score two of his 11 points. 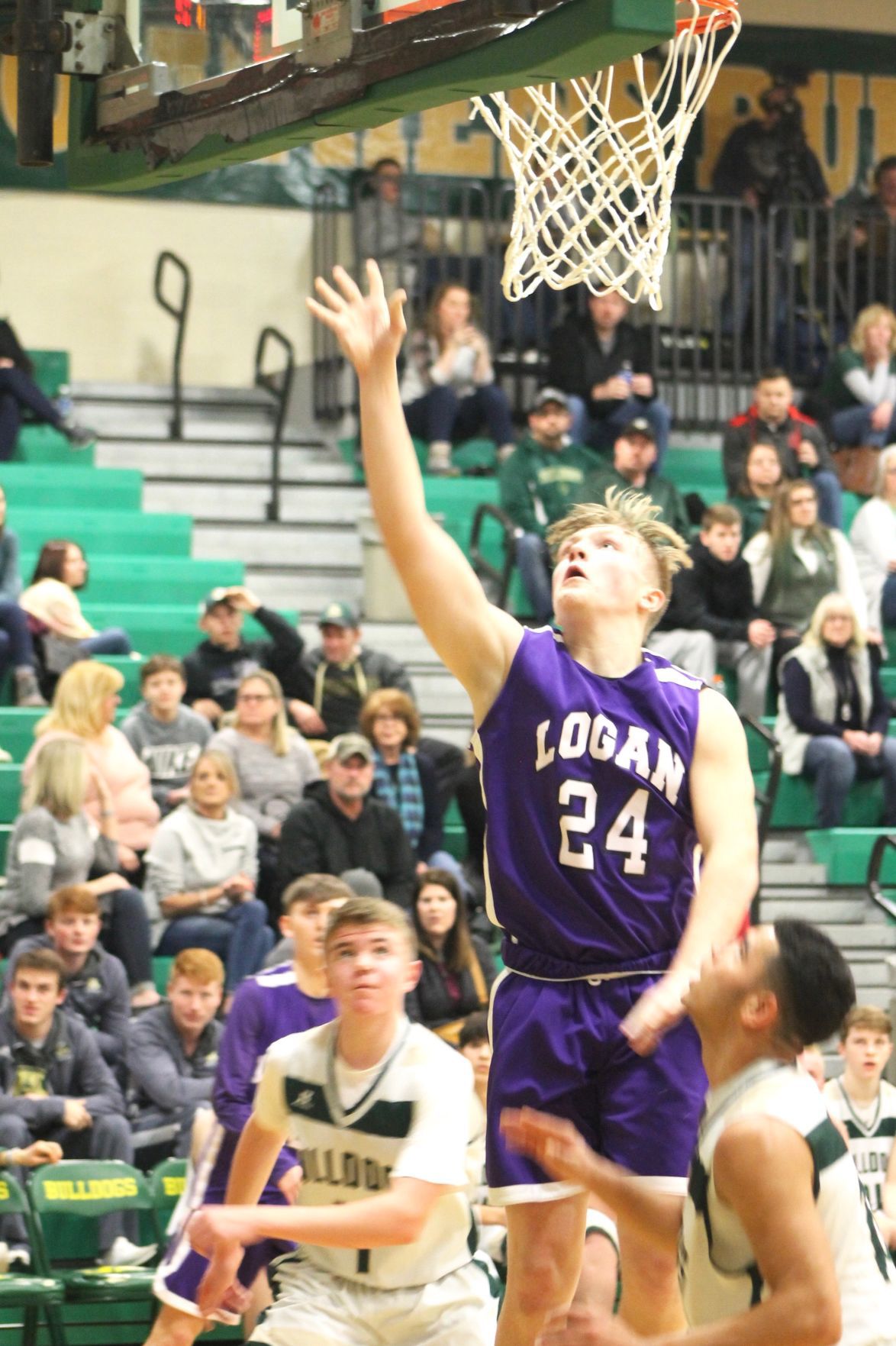 Carson Hodson gets a little air under the basket and scores two points.

Logan’s Ashton Mahaffey cuts to the basket to score two of his 11 points.

Carson Hodson gets a little air under the basket and scores two points.

The reserves fall to a 3-17 record after this loss.

They started the game by winning the jump ball, but then turned it over on the first possession.

Sophomore Traten Poling had a steal and freshman center Caden Alford picked up a block in the first quarter.

For Athens, Bryan McMillan hit a three and Kyle Rutter scored a basket to make the score 5-0 in the first.

The score remained this way for most of the quarter until sophomore guard Ashton Mahaffey hit a couple of jump shots and made two free throws putting Logan up by one with 35 seconds left in the first.

Athens answered with a shot from under the basket to end the quarter with a one-point advantage.

The second quarter is when the game started slipping further away from the Chieftains.

The Bulldogs’ Clay Boeninger knocked down two threes in the quarter. He had 11 points in the third and 13 in the game.

And another Bulldog, Joey Moore, also made a three in the quarter, putting the Chieftains down by nine

The quarter, or the entire game, was not ideal for the junior varsity team, but sophomore forward Owen Angle put on a scoring clinic. In the second, he hit a turnaround jump shot from the right side of the paint, cutting the Bulldogs’ lead to seven. He had five for the quarter and 19 for the game.

At half, the score was 25-15 and as the new half began, Athens continued to own the game. They scored first in the third quarter with a layup to increase their lead to 12.

Alford answered back with a rebound and a basket as the Chiefs picked up their scoring in the quarter.

Mahaffey completed a three, making the score 30-24 and later in the quarter, a jump shot from the side left of the paint by Angle would connect.

A pump fake to drive by Mahaffey gave him five for the quarter, but the Bulldogs responded on the other end and still outscored the Chiefs 14-18 in the quarter.

Chieftains would again up their scoring in the last quarter, but their defense lacked, leading to a 22 point quarter for the Bulldogs.