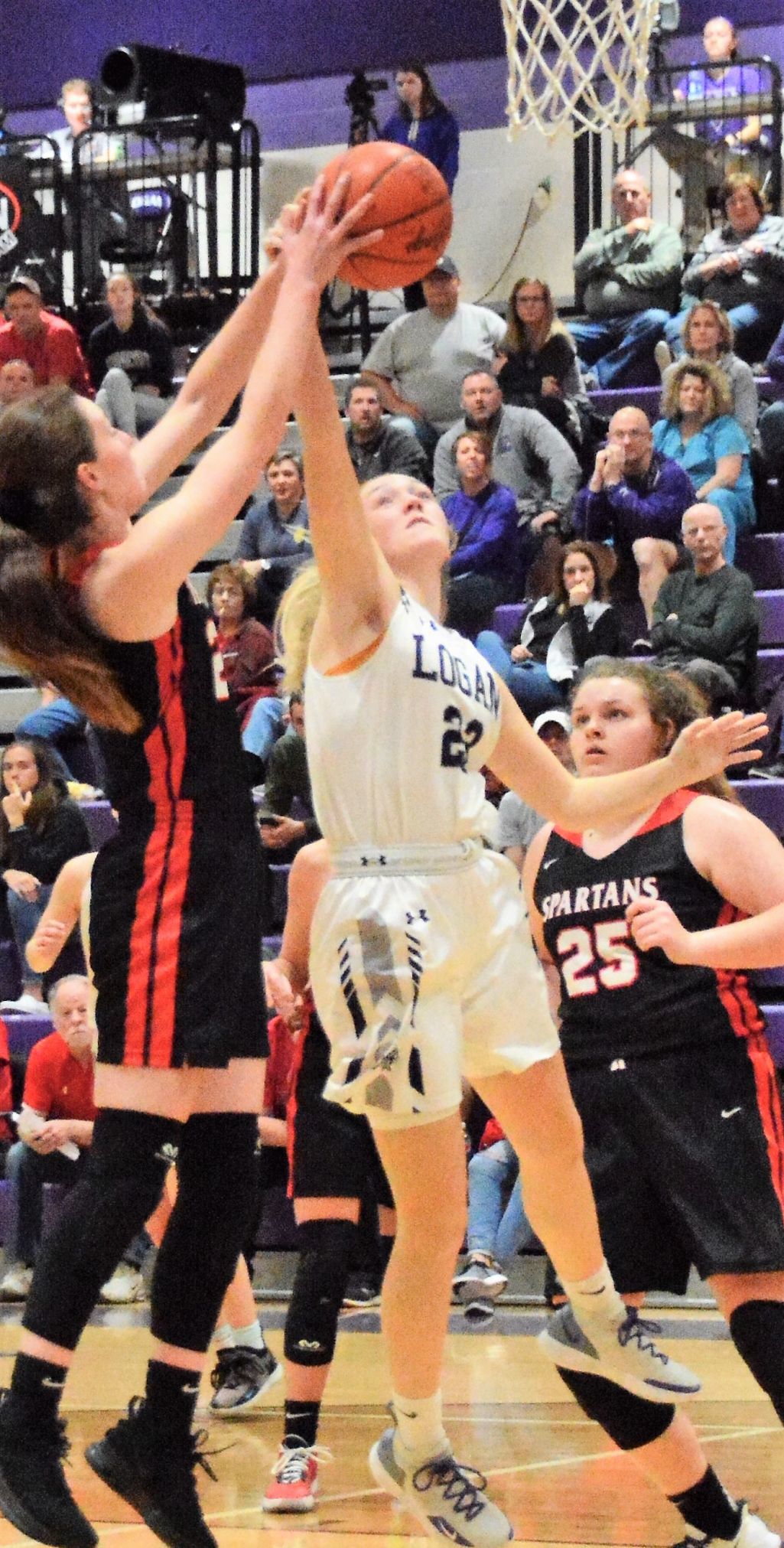 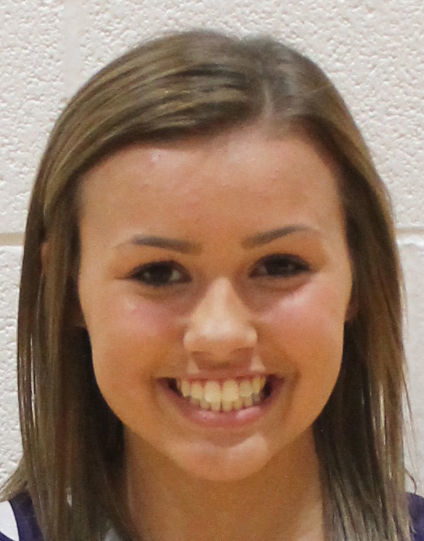 LOGAN — Just when her team needed it most, Emilie Eggleston came through with a senior-leadership moment.

Eggleston calmly swished a tie-breaking triple from the top of the key with four minutes remaining, snapping a 35-35 deadlock and ultimately spurring the Logan Lady Chiefs to a 43-40 victory over visiting Alexander Monday evening in Jim Myers Gymnasium.

It was the third-straight victory — in a span of six days —for a tired Logan team (6-7) that clawed its way back within sight of the .500 mark against a solid Alexander (10-4) squad that had won its previous six games.

Despite an early 11-0 run and scoring 19 points in the first 10 minutes, the Lady Chiefs showed the effects of fatigue following a 63-57 victory over Parkersburg South a little more than 48 hours earlier.

As always, the Lady Spartans were a solid, physical team that didn’t back down. Neither did the Logan girls.

“We were tired. You could see it,” said Logan coach Jessica Harris. “You could tell the girls who play a lot of minutes were tired… but they had so much fight in them, especially in the fourth quarter. With four-and-a-half minutes left every single one of them were ‘yes, yes, yes, we’re okay’” during a time-out.

“It was their determination and their will to win,” she added. “They were tired, and it’s hard for a player after playing so many tough teams. The girls fought through it and they wanted it.”

So did Alexander, which rallied from a 19-9 deficit early in the second quarter to hold Logan scoreless the remainder of the half and use a spillover 13-0 run to take a 22-19 advantage early in the third stanza.

Logan went more than eight minutes without scoring as the Spartans forced the Lady Chiefs out of their game. Logan would wind up committing 20 turnovers, including nine in the fourth quarter, but the Lady Chiefs would ultimately hold on.

“We knew they wanted the basketball so we had to stand our ground,” Harris said. “We had to make hard passes and not put the ball over top of our head and get a good, solid base to us versus allowing them to dictate how we operate on offense.”

Logan regained the lead 31-30 heading into the final period and was ahead by three before Alexander’s Kara Meeks (18 points, seven rebounds) scored on a power move underneath the bucket and Taylor Meadows (eight points, six boards) added a free throw to forge a 33-33 tie.

Avery Thompson (eight points, 11 rebounds, three assists) converted a back-court steal into a go-ahead layup, only to see Meadows sink a couple free throws to pull the visitors even again with 4:56 remaining.

Shortly after a time-out, Eggleston (14 points) found herself with an opening from the top of the key and hit nothing but net to put the Purple & White ahead to stay.

“That was (Eggleston) taking over… (it was) almost like a change in the whole game, that instance of confidence and leadership,” Harris praised. “She was wanting to take the game over. That’s something we haven’t really had in the past, so for her to take that shot with confidence was awesome to see. I think the girls fed off of that.”

Brooklin Harris (10 points, six steals) certainly did. After both teams had a couple empty possessions, she made a terrific drive off the right wing for a bucket and a five-point (40-35) edge with 2:10 remaining.

Meeks pulled the Spartans within three by again powering her way to the tin with 1:30 left then, after forcing a Logan miscue, Alexander had a chance to tie or get within one but missed a shot with under 50 seconds left.

A Harris free throw with 26.6 seconds to go put Logan up 41-37… and it was a good thing for Logan she did, because Jadyn Mace nailed a long three-ball off the right wing to get Alexander within 41-40 with 15 seconds remaining. The Spartans then called their final time-out.

They fouled Thompson in the backcourt on the ensuing inbounds play, and Thompson sank two pressure free throws with 13.2 seconds left, but it was still a one-possession game.

Mace had a potential game-tying three-ball from the top of the key hit the heel of the rim and bounce out in the dying seconds and Logan’s Sydnee Breining tracked down the rebound as the final buzzer sounded.

“We just played a keep-away game with them there at the end,” coach Harris said. “We hit some free throws there at the end that ultimately won the ballgame for us, especially with Alexander coming down and hitting that three. If we miss those free throws it could have been a whole different story.”

Fortunately for the Lady Chiefs, it wasn’t, and the narrative is that Logan has won four of its last five games and can reach the break-even mark against New Albany (7-6) this weekend.

The Lady Chiefs won the final quarter 12-10 and persevered to win despite a strange fourth-quarter stat line in which they went 4-of-4 from the field but committed those aforementioned nine turnovers. Alexander, meanwhile, went 3-of-13 afield and only turned the ball over twice.

“We talked after the game that for the most part everyone kept their heads tonight,” Harris said. “The girls were really focused on just simply winning this ballgame. We were getting decent looks and some shots just weren’t falling, so for us to be able to keep our heads up through that I think it speaks a lot of the team.”