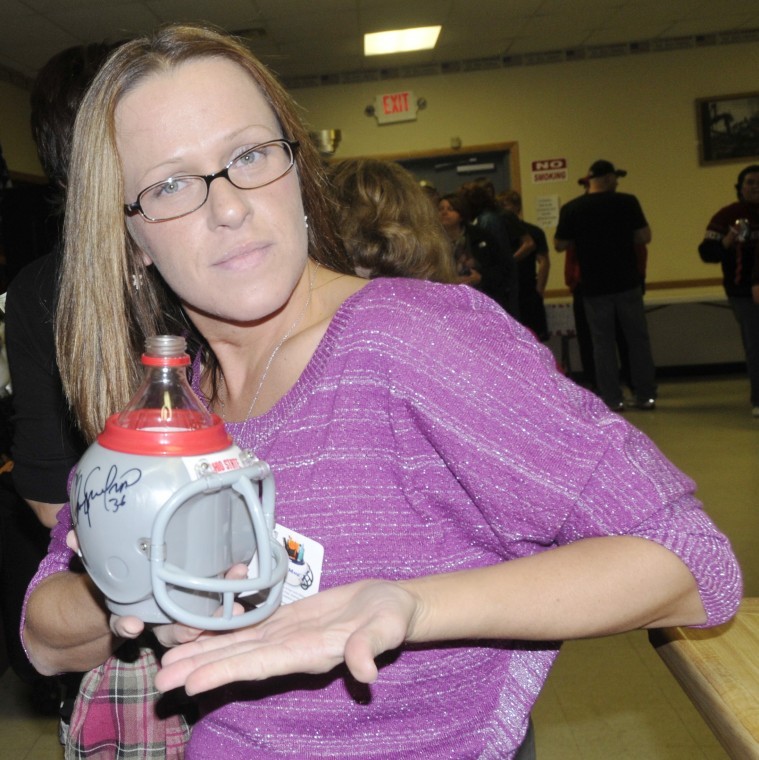 Christy Mays of Logan displays the Ohio State Buckeyes FanMug she won at a recent benefit for Stephanie Conner Close in Logan. This FanMug was autographed by OSU great Chris Spielman. 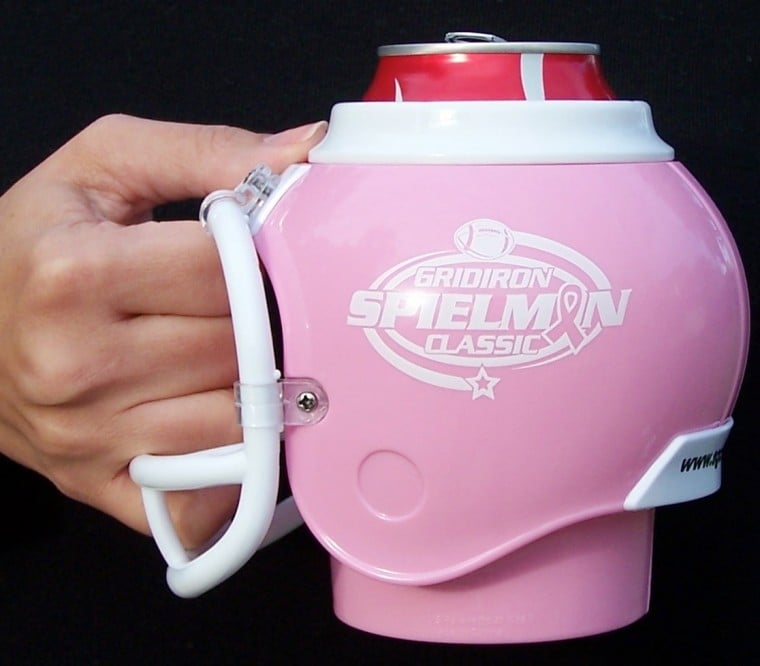 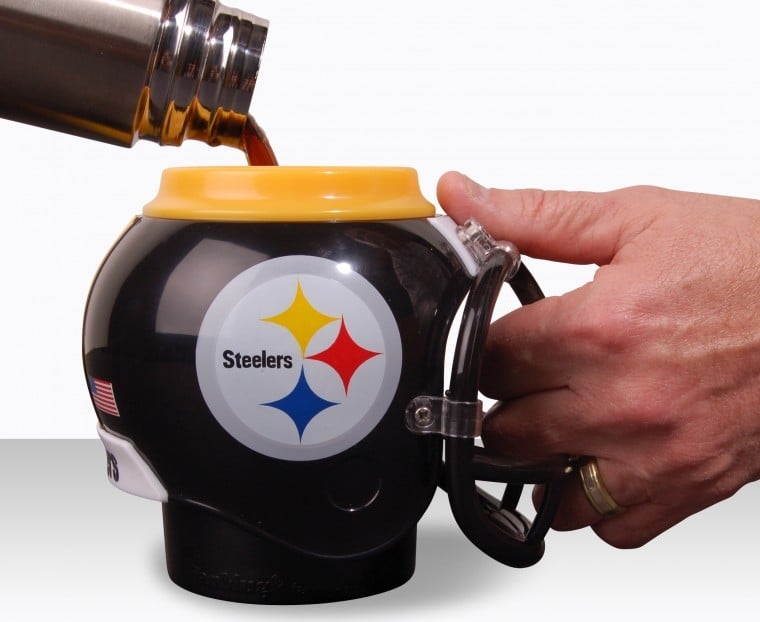 Christy Mays of Logan displays the Ohio State Buckeyes FanMug she won at a recent benefit for Stephanie Conner Close in Logan. This FanMug was autographed by OSU great Chris Spielman.

As sports editor of a daily newspaper, I receive plenty of requests to sample sports-related products, but rarely do so due to time constraints and/or skepticism about the product itself.

However, recently I decided to give one a try — a product known as FanMug — for a couple of reasons. I’m glad I did… not just because of the product, but also what it stands for.

According to the company’s website at www.fanmugonline.com , FanMug is “a can and bottle cooler, mug and desk caddy — all in one — in the form of an authentic miniature replica of your favorite football team's helmet.”

FanMug was created by Doug Lessells, who has served as a sportscaster at channels 4 and 6, as well as ONN, in Columbus over the past 25 years. He’s won 10 Emmy Awards and 13 Associated Press Best-of-Ohio Awards (including best television sportscaster in Ohio in 2002 and 2003) during his time in the capital city, and has his finger on the pulse of football fans all over the state.

I tested the product myself. It works well, and it’s a neat souvenir of your favorite football team.

However, there was another major reason as to why I decided to give it a try: Lessells donates FanMugs to a number of charities and fund-raisers, including one held recently in Logan.

A portion of all FanMug sales is donated to charity, including such organizations as Nationwide Children's Hospital, Mothers Against Drunk Driving, The Leukemia & Lymphoma Society and The Make A Wish Foundation, among many others.

Lessells has dedicated the past three football seasons toward development of FanMug in making it not only a quality product but also using some of the proceeds to “pay it forward” to worthwhile causes, as he did here in Hocking County.

"We donate FanMugs to any charity that requests them for their fundraising efforts," said Lessells. "And many former Ohio State players and coaches have been kind enough to autograph the mugs, which helps raise even more funds for many great causes.”

In Logan, Lessells donated a Chris Spielman-autographed FanMug for a silent auction, with 100% of the proceeds benefitting Stephanie Conner Close.

In addition to the above website, more information about FanMug can be found on the FanMug Facebook page at: www.facebook.com/fanmug.