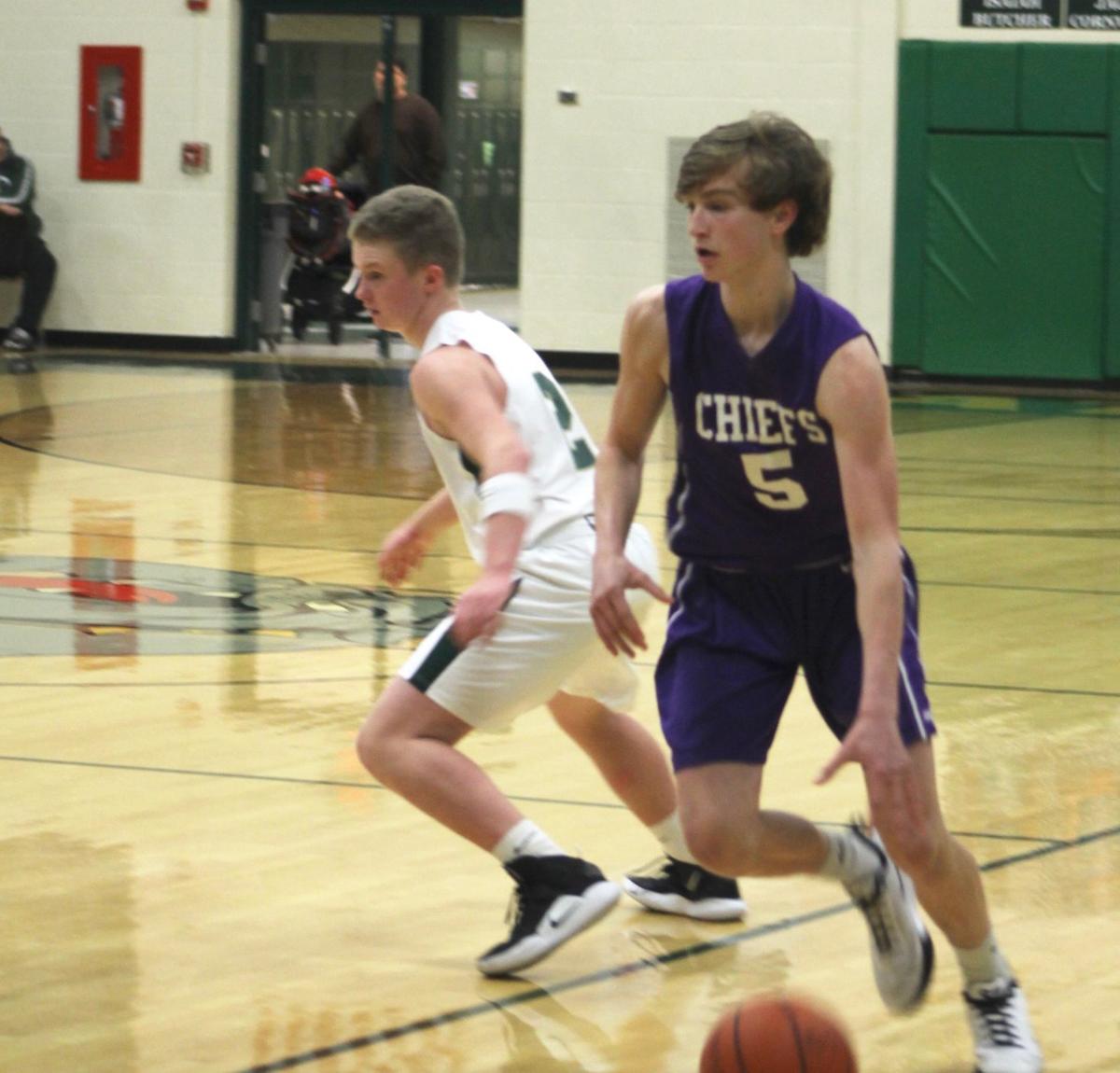 Hunter Hill drives past Kiern Murphy and heads toward the basket. 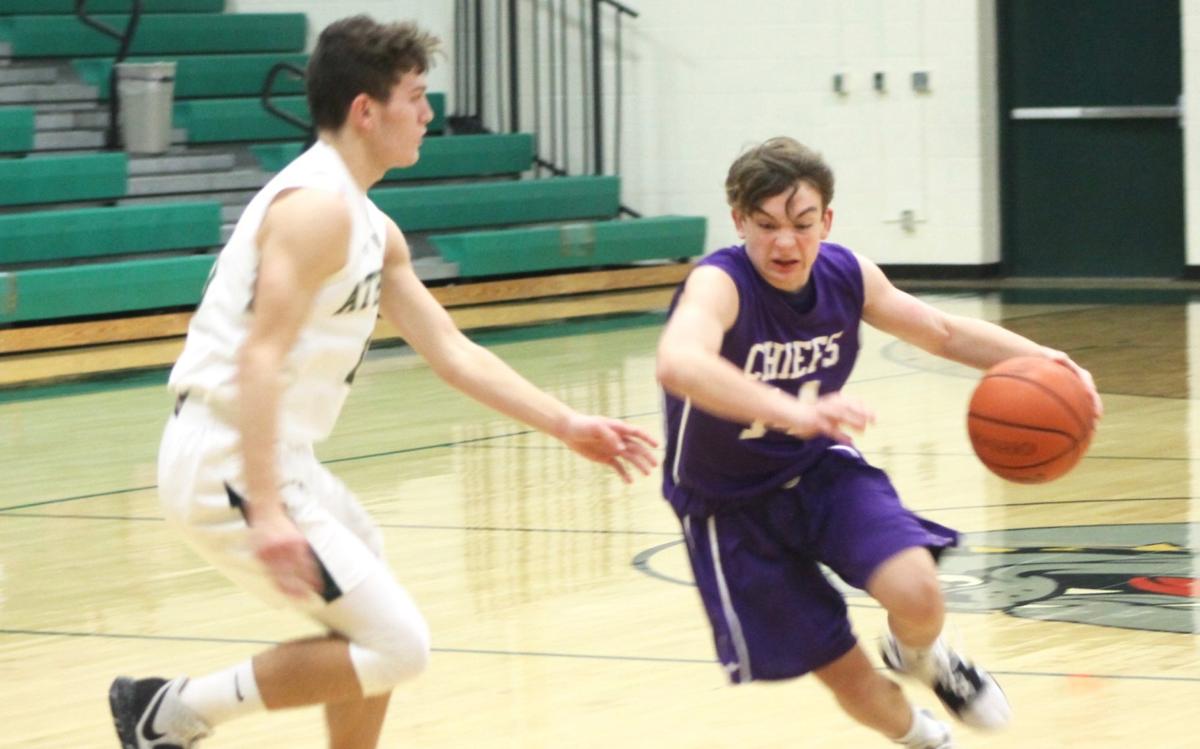 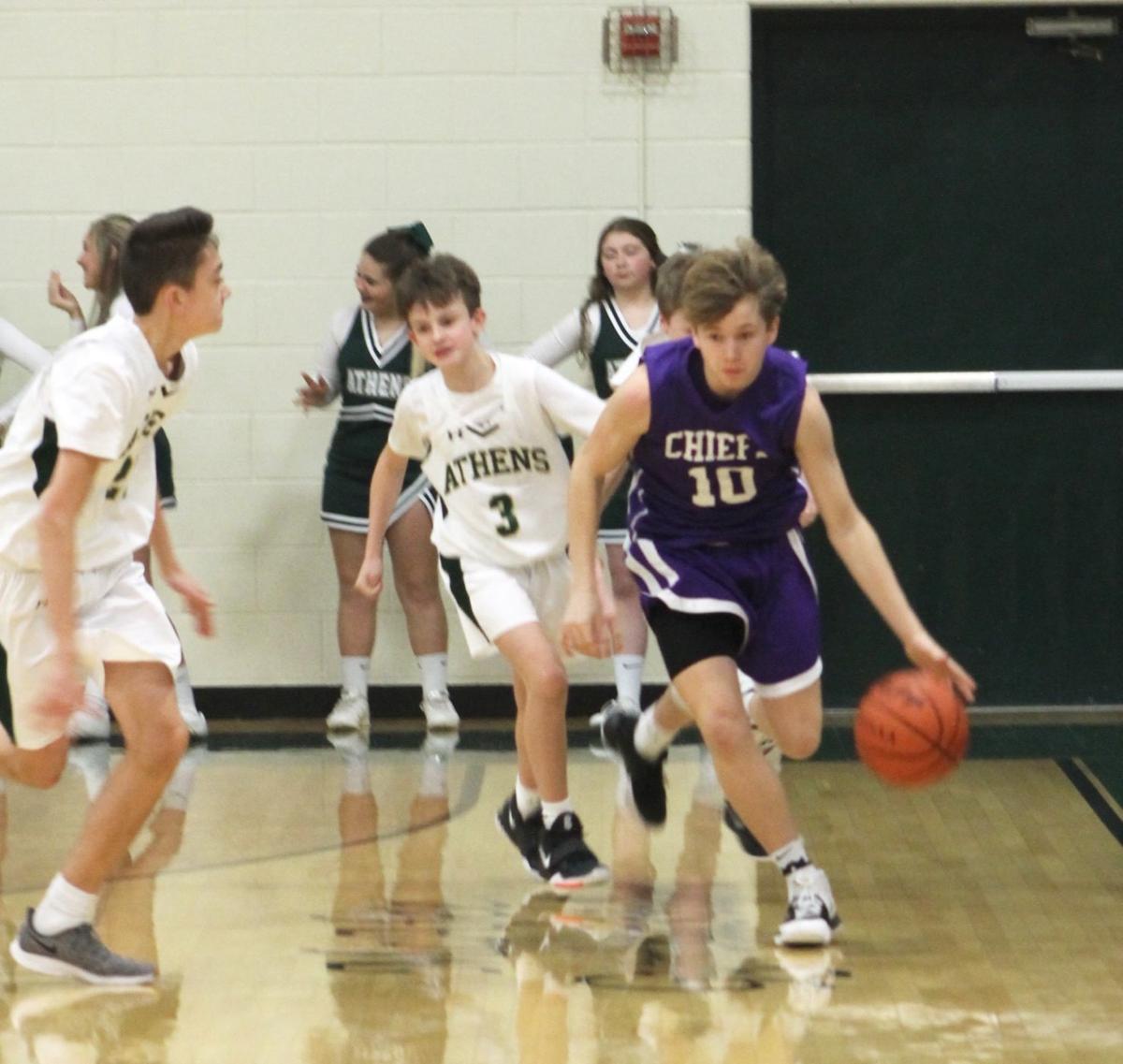 Chieftains’ Brayden Sturgell pushes the ball down the court after making a steal.

Hunter Hill drives past Kiern Murphy and heads toward the basket.

Chieftains’ Brayden Sturgell pushes the ball down the court after making a steal.

The freshman Chiefs (9-7) lost the jump ball and the Bulldogs would get on the board first with two made field goals.

Max Black hustled on the defensive end to cut this lead, coming up with two steals.

Cheifs’ Hunter Hill hit a three with 2:43 seconds left in the first followed, which was followed by a steal from Keion Cousins and a score by Black.

Athens would counter with their own three with two minutes left and then added another three to that shortly after by players Charly Sumney and Landon Wheatley. After one, the score was 11-9 in favor of Athens.

Cousin had a couple steals to start off the second, but Sumney was on fire behind the three-point line all game, collecting two in the second and three for the game. Collectively, the Bulldogs scored more than half of their points from three pointers, nailing seven for the night.

Cousins and Hill also connected on three pointers in the quarter and gave the Chiefs the lead by halftime with a score of 22-21.

By the end of the third, Logan was up 35-30. The final quarter started with a steal by forward Simon Pierce and a rebound by Matt Richards, which led to a basket from under the hoop by Pierce.

Athens then scored on their next possession as did the Chieftains.

Sumney made two free throws making the score 39-35 with 2:59 remaining.

Black made a fast break basket to expand the lead and with over a minute to play, Athens hit a three making the score 43-38. They then sank another three with 45 seconds to play.

But their chances of a comeback were cut short after a takeaway by Logan’s Brayden Sturgell and then a timeout call sealed the game.