Alyse Hicks grabs the ball within reach of an Olentangy defender. 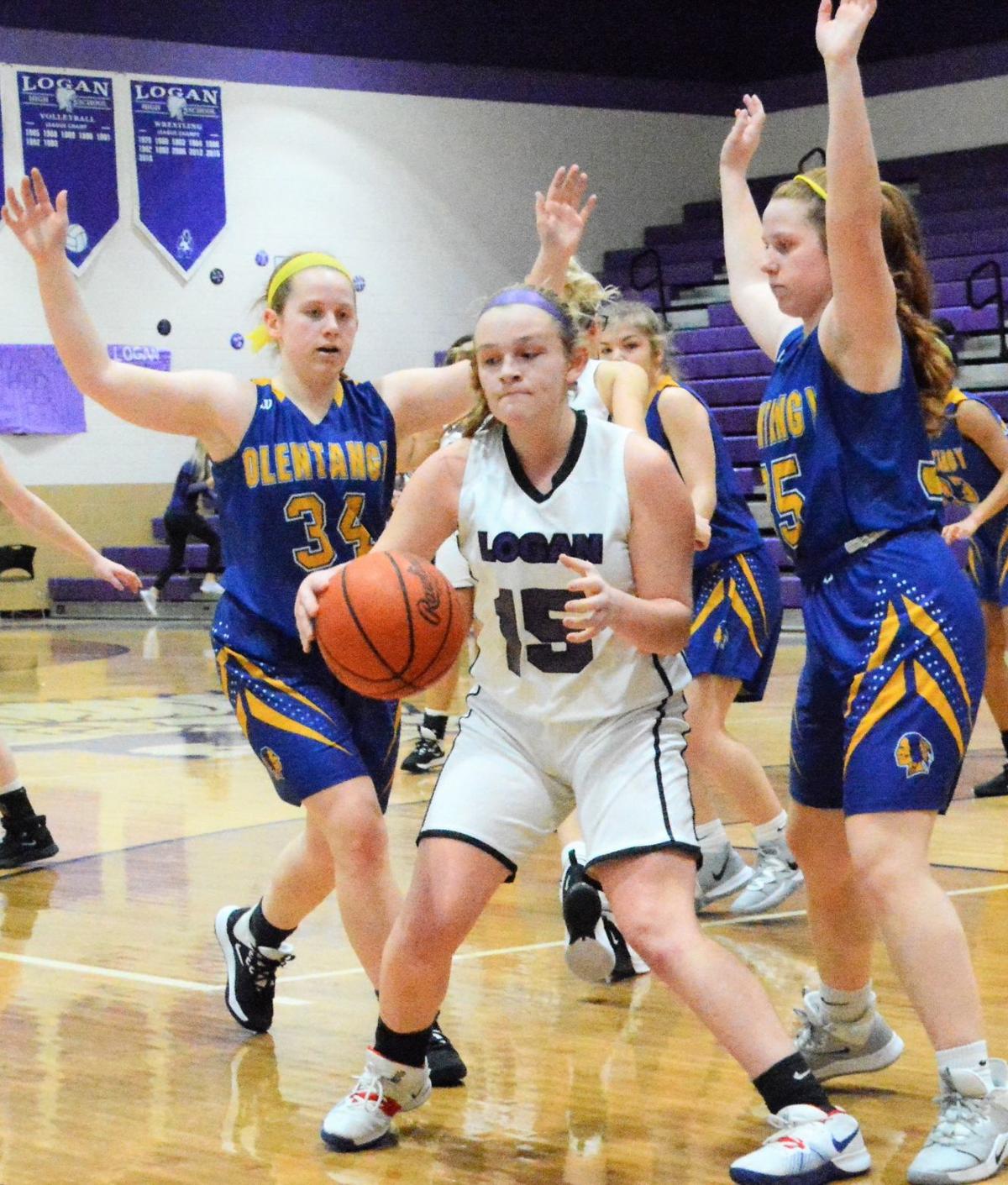 Sarah Schwartze gets surrounded by a gaggle of Braves.

Alyse Hicks grabs the ball within reach of an Olentangy defender.

Sarah Schwartze gets surrounded by a gaggle of Braves.

LOGAN — The freshman basketball squad for the Lady Chieftains collided with the Olentangy Lady Braves Saturday in a triple threat of basketball games involving the reserve and varsity teams.

The game started at 11 a.m. and the freshman Lady Chieftains came out of the game empty handed, losing by a large margin.

Both squads from Logan and Olentangy high schools started the game playing solid defense, not allowing the other team to score. The first score of the game came from an Olentangy player who was fouled, allowing her to shoot two free-throw shots. With just two and half minutes into the first quarter, Logan fell behind by a manageable one point after Olentangy missed the one out of two free throws.

Coming into the second quarter, Olentangy stole an inbound pass from Logan which led to an easy layup extending the lead. On another inbound pass soon after, leading again to another layup. Logan did not score at all in the first quarter.

Olentangy scored a three pointer also in the middle of the second quarter. The lead extended to 12-0, making the Logan freshman squad hungry to put the team on the board.

Logan’s no. 15, Sarah Schwartze, scored the first points for her team in the game after a missed free-throw shot by Olentangy. She took it down the court for the score causing much excitement from not only the bench, but the crowd present as well. Heating up, Logan’s 15 scored a three pointer, decreasing the Lady Braves lead with the score 14-5 in favor of the visiting team.

Coming down the court again, in the second quarter, Schwartze was on a hot streak for Logan as she scored another layup for the Lady Chieftains. The score was 17-7 in favor of Olentangy. The visiting team responded with a two-point shot after seeming unfazed by the hot streak.

At halftime, the score was 7-25 in favor of Olentangy. Logan had nine fouls against Olentangy’s two fouls at the half.

Late in the third quarter, Logan’s no. 33, Nevah Michl, was fouled by an Olentangy Lady Brave, which led to her converting both of her free throw attempts. The score was 27-9 still in favor of the visiting team.

At the end of the third quarter, the score was 39-11 with Olentangy having command over the court of play.

Increasing the defense late in the fourth quarter, Olentangy made it difficult for the Lady Chieftains to get consistency while on offense. The freshman home team ended up going away empty handed with the final score 56-13 giving the Lady Braves the road win.