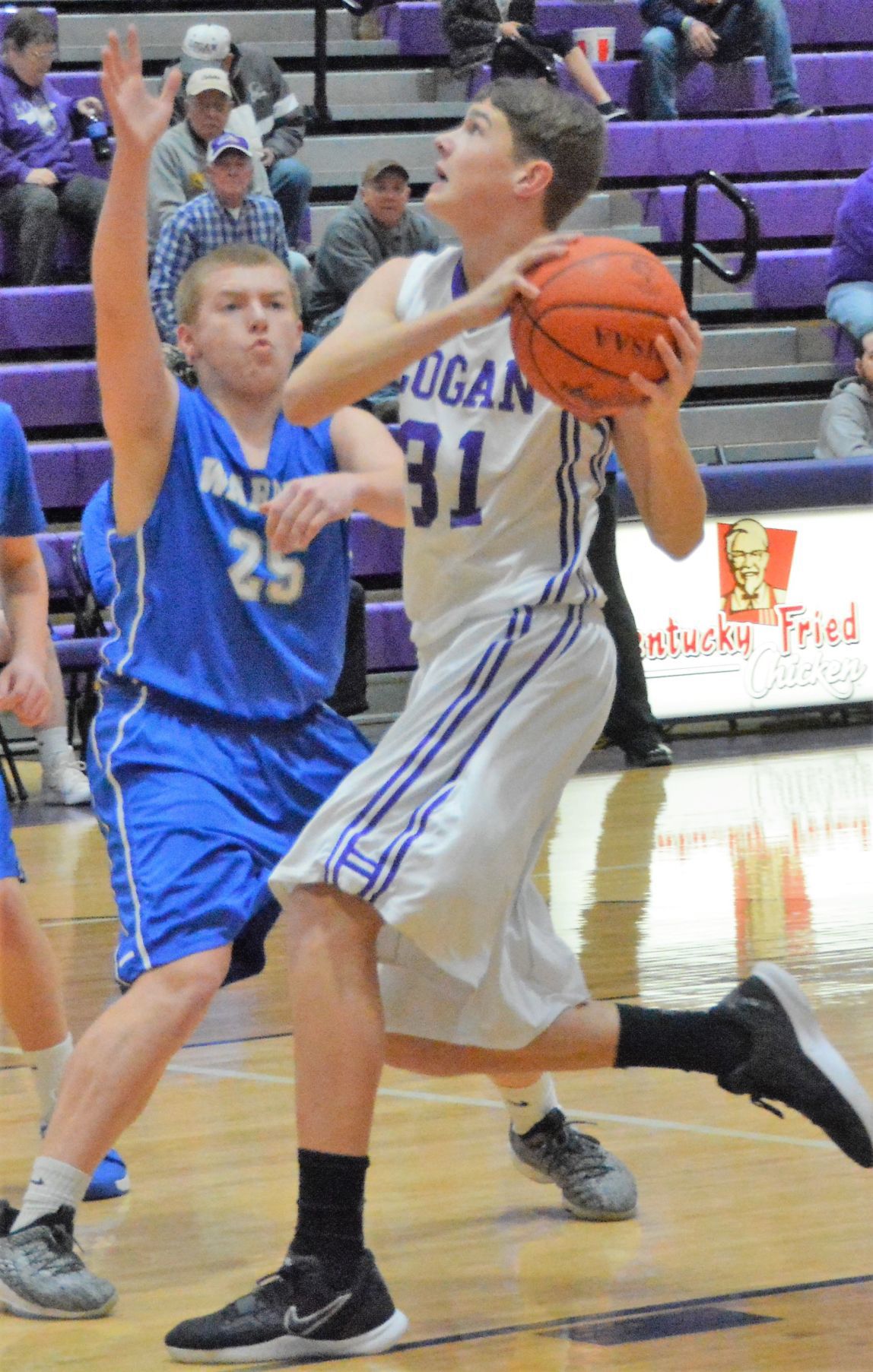 Logan’s Matt Richards looks to put up a shot against Warren’s Ayden Cornell. 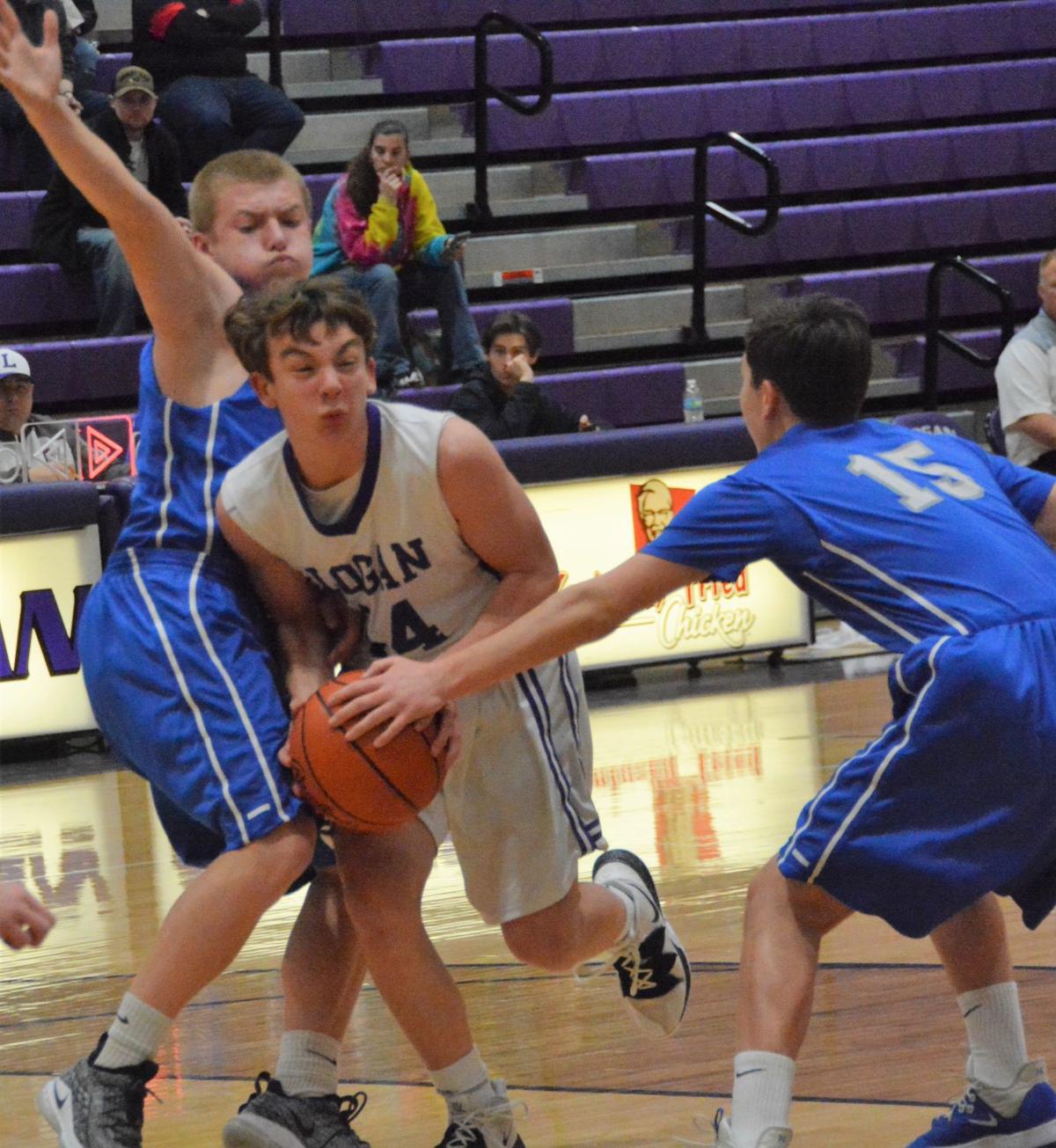 Chieftain’s Max Black works hard to hold on to the ball that was nearly taken away by Gavin Kitts.

Hunter Hill (21) and Pierce both going for an offensive rebound.

Logan’s Matt Richards looks to put up a shot against Warren’s Ayden Cornell.

Chieftain’s Max Black works hard to hold on to the ball that was nearly taken away by Gavin Kitts.

Hunter Hill (21) and Pierce both going for an offensive rebound.

Scoring for Logan started thanks to a basket by Hunter Hill immediately off of the jump ball. He had five for the quarter and grabbed a rebound as well. Logan’s Matt Richards had a block and a couple rebounds in the first also.

On the other side, Warren’s Colton Eddy made a fast-break layup and then made another with over a minute left in the first, putting them up 6-5. Eddy then dropped another long-range two pointer.

Simon Pierce split a pair of free throws and grabbed a rebound, giving the Chiefs six in total for the first.

Eddy did his best to outscore Logan, giving himself eight. He had a little help from a basket by John Lynch that put them up 12-6 after the first.

Pierce was the first scorer in the second with a shot right under the hoop. He also grabbed another rebound while he was at it.

Hill came up with a steal in the second but would turn it over on the other end. This was countered with a block by Pierce and after a timeout, Max Black sank a long two from the top of the key for Logan.

Black then dished the ball to Bobby Bowers who connected on a three. Richards also contributed with a rebound and score in the second.

Warriors Ayden Cornell hit a layup at the end of the second to tie the score 16-16.

Cornell opened up the third quarter and the lead with a three.

He added to that another jump shot but Hill would answer back with a three and good defense led the Warriors to turn it over on their next possession.

Hill then grabbed a rebound band leading to a put back shrinking their deficit to one.

They remain down by one at the end of the third with a score of 22-21.

Cornell got on the scoreboard first in the fourth with a basket under the right side of the hoop.

On one play, Hill missed a shot only to be rebounded by Pierce. Pierce then took and missed his shot with Hill getting the rebound, getting fouled while shooting and making the basket. He sank the free throw giving them a 26-24 lead.

Simon did the same on the next possession and sank his free throw as well. The score now 29-25.

Hill went back to the line with 58 seconds remaining and hit both shots, sealing the game 31-26.