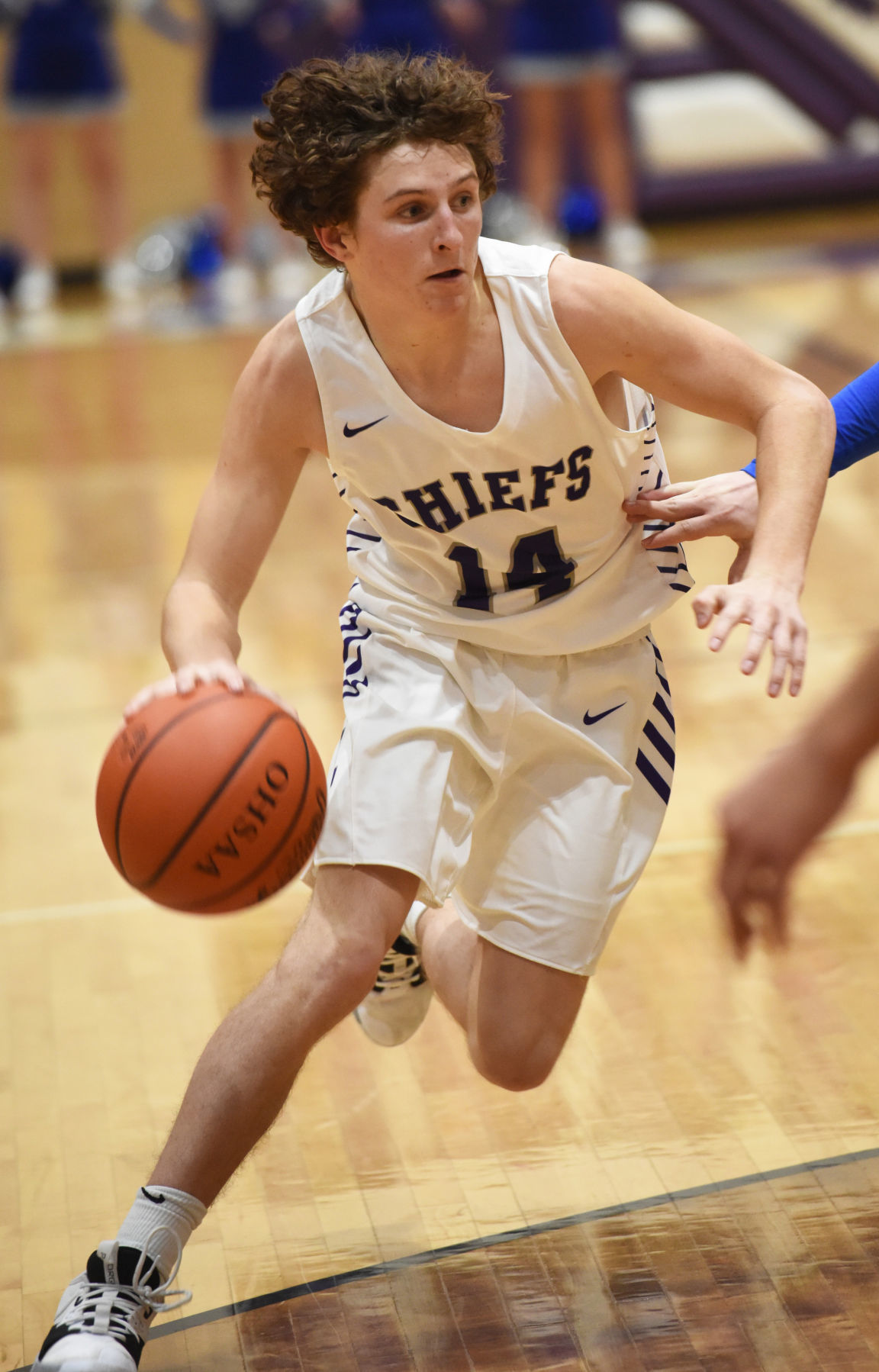 Colten Castle of the Logan Chieftains drives to the basket during last Saturday’s game against Washington Court House. 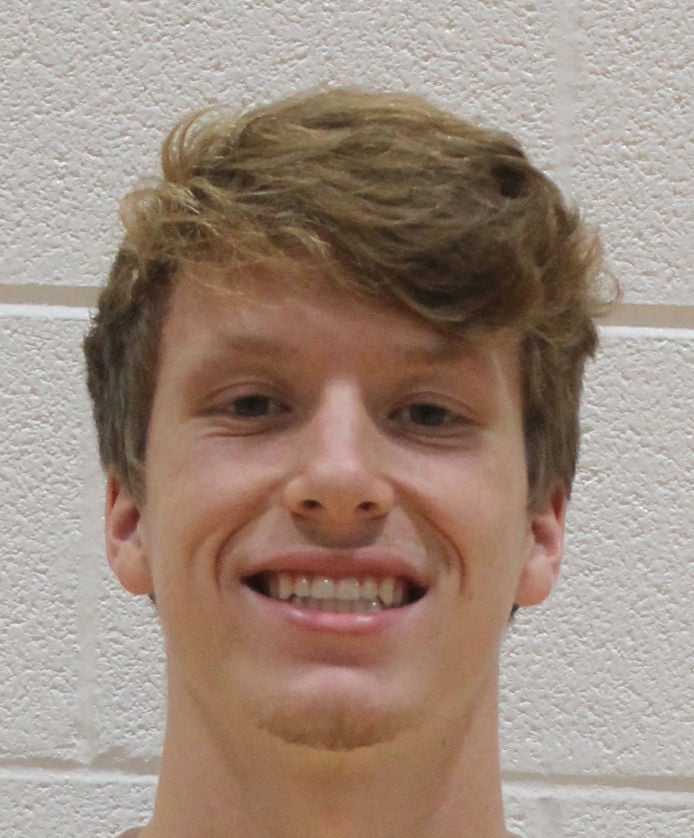 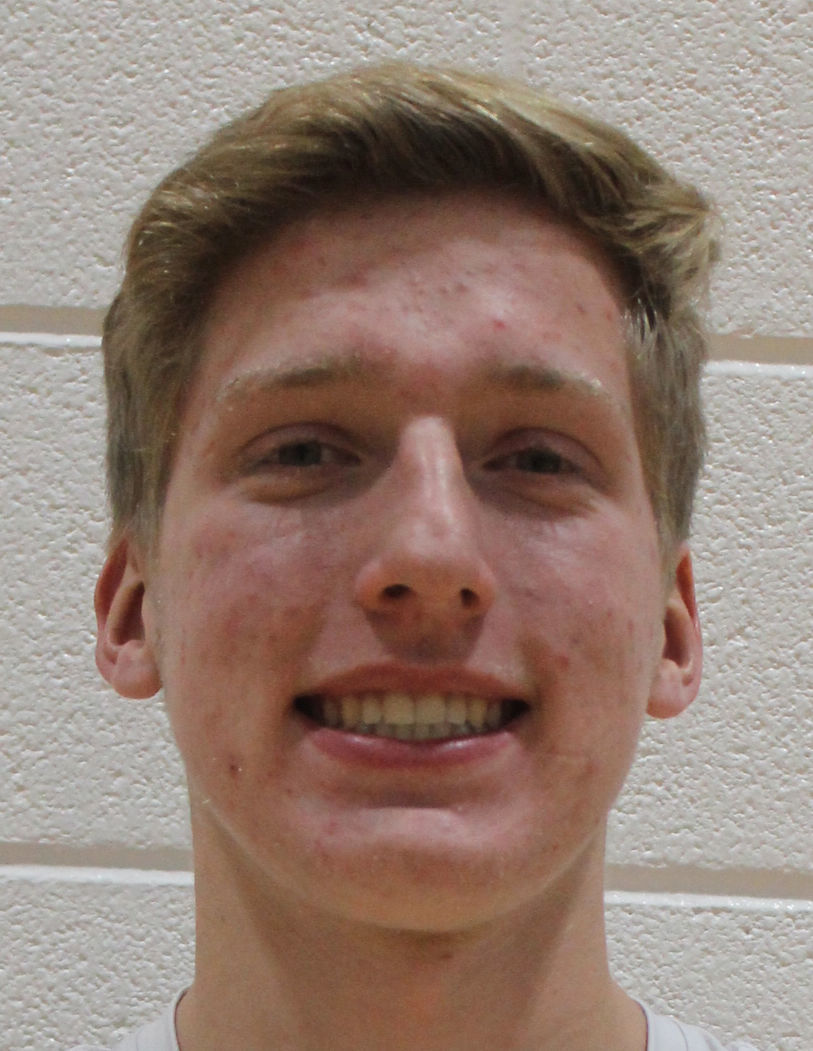 That’s because Blain, who scored 12 points (on four threes) in Tuesday’s junior varsity basketball victory over Logan, had primarily been just that… a JV player.

He stepped up to the big time later in the evening.

Blain led the Hawks with 17 points, including five three-pointers, as Hartley rallied from an early double-digit deficit to beat the visiting Chiefs 58-48 at Dick Guyer Gymnasium on the south side of the capital city.

“It’s disappointing,” said Logan coach Chris Rider, who Chiefs (3-7) had a two-game winning streak stopped. “We played so good in spurts and we played bad in other parts, and it’s frustrating. You practice all week and you play good and then you play like that. It’s just disappointing.”

Hartley (3-5), which won its second-straight game after losing the previous four, rallied from a 10-point hole early in the second period to take an 11-point advantage midway through the third stanza, only to see the Chiefs come back and go in front by four early in the fourth.

As Rider said, the Chiefs played well in spurts and not so well in others.

Logan’s two returning lettermen from last year, sophomore Tegan Myers and senior Justin Wolfe, led the way with 25 and 14 points, respectively — it was Myers’ sixth game of the season with at least 19 points — but no one else really stepped up. Everyone else accounted for just nine points.

“It takes some balance,” Rider said. “Tegan got hot and got us back in it, but then you also have to rely on your defense a little bit, too. (Allowing) 58 points isn’t a lot, but for us, it is.”

A lot of those points, starting in the second quarter, were by Blain, who according to Rider had only made one varsity triple all season long.

Myers and Wolfe powered a 13-0 run in the opening quarter that lifted the Chiefs into a 15-5 edge, and it was still an eight-point game before Hartley finished the half on a 14-4 run, with Blain meshing an early corner-three and then connecting on a buzzer-beating triple from the left of the key for a 23-21 halftime advantage.

Then, after Colten Castle opened the second half with a bucket from underneath off a nice Myers feed to tie the game, Hartley went on an 11-0 spurt for a 34-23 edge with 4:23 left in the third period.

Hartley did a magnificent job finding the open man, especially in the second half, when the Hawks registered nine assists on 13 buckets, and the Hawks shot a hot 57.5 percent (23 of 40) from the field on the night, including 7-of-13 from beyond the 3-point arc.

Myers nailed back-to-back wing-threes to start the Chiefs on a spurt of their own, this one starting out at 8-0 and turning into 16-3, as Logan regained the lead 39-37 heading into the final eight minutes.

Myers also scored on a drive in the lane, Wolfe tallied off a Castle helper and Myers tripled again to get Logan within one before sophomore Mason Frasure played beat the clock, netting a wing-three off a Castle inbounds pass as time expired, to put Logan in front.

Wolfe meshed two free throws early in the final quarter as Logan built a 41-37 margin before Hartley regained the lead when Blain sandwiched a pair of three-balls around a Will Miller (11 points, five boards, three assists, three steals) jumper.

Myers kept Logan in the game by going yard from the top of the key with 3:40 remaining, but Blanchard (six points, six rebounds, four assists) scored off a Miller feed, Blain again drained a triple and Blanchard drove the baseline to net a reverse layup as Hartley began to pull away, going in front 52-44 with 2:02 left.

Although Logan would get within six points twice, two crucial press-breaking layins by Kortokrax (12 points) off Blain helpers kept the Chiefs at bay.

“We didn’t communicate well,” Rider noted. “We came out of a timeout and didn’t find (Blain) out of the timeout.

“It comes back down to you have to play four quarters, and we’re playing parts,” he added. “We play as good as anybody in parts.”

The Chiefs, who played seven of their first 10 games on the road, now get to enjoy a stretch of four home contests, starting Saturday night when they host Pickerington North.