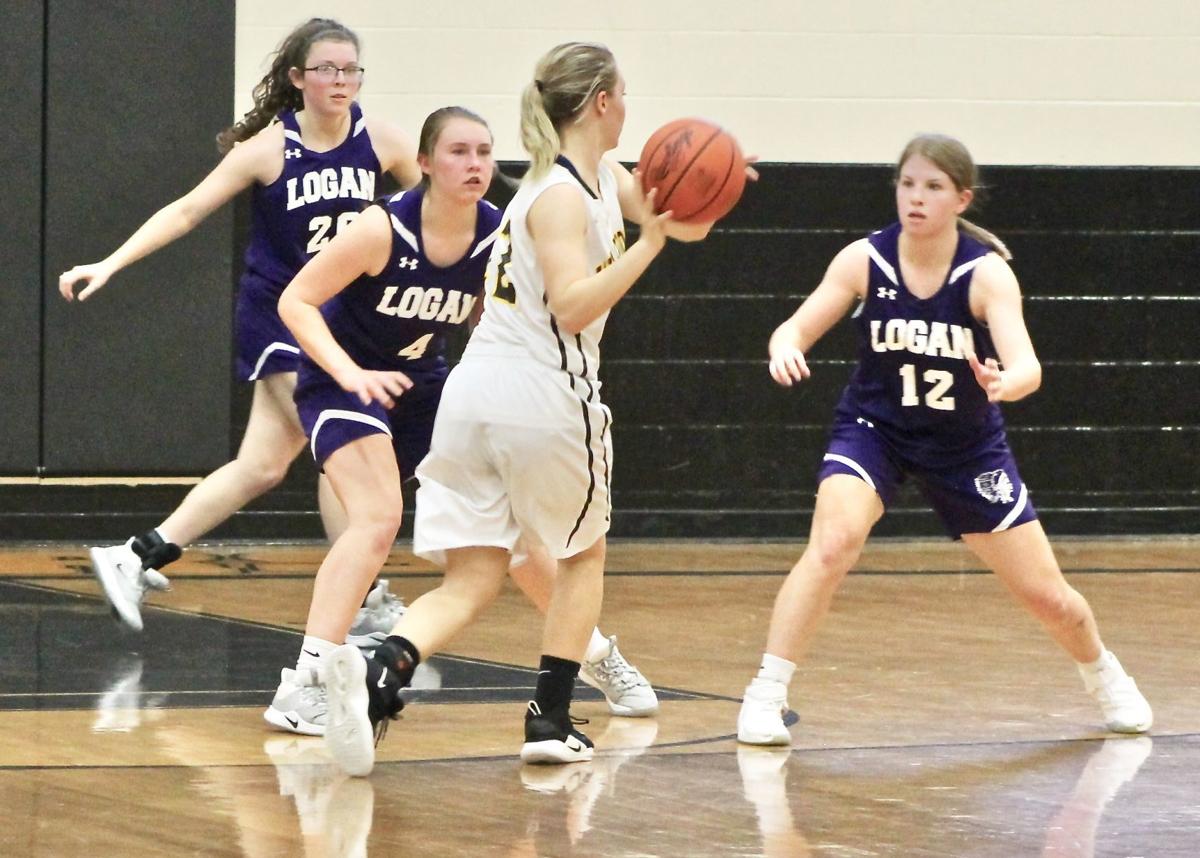 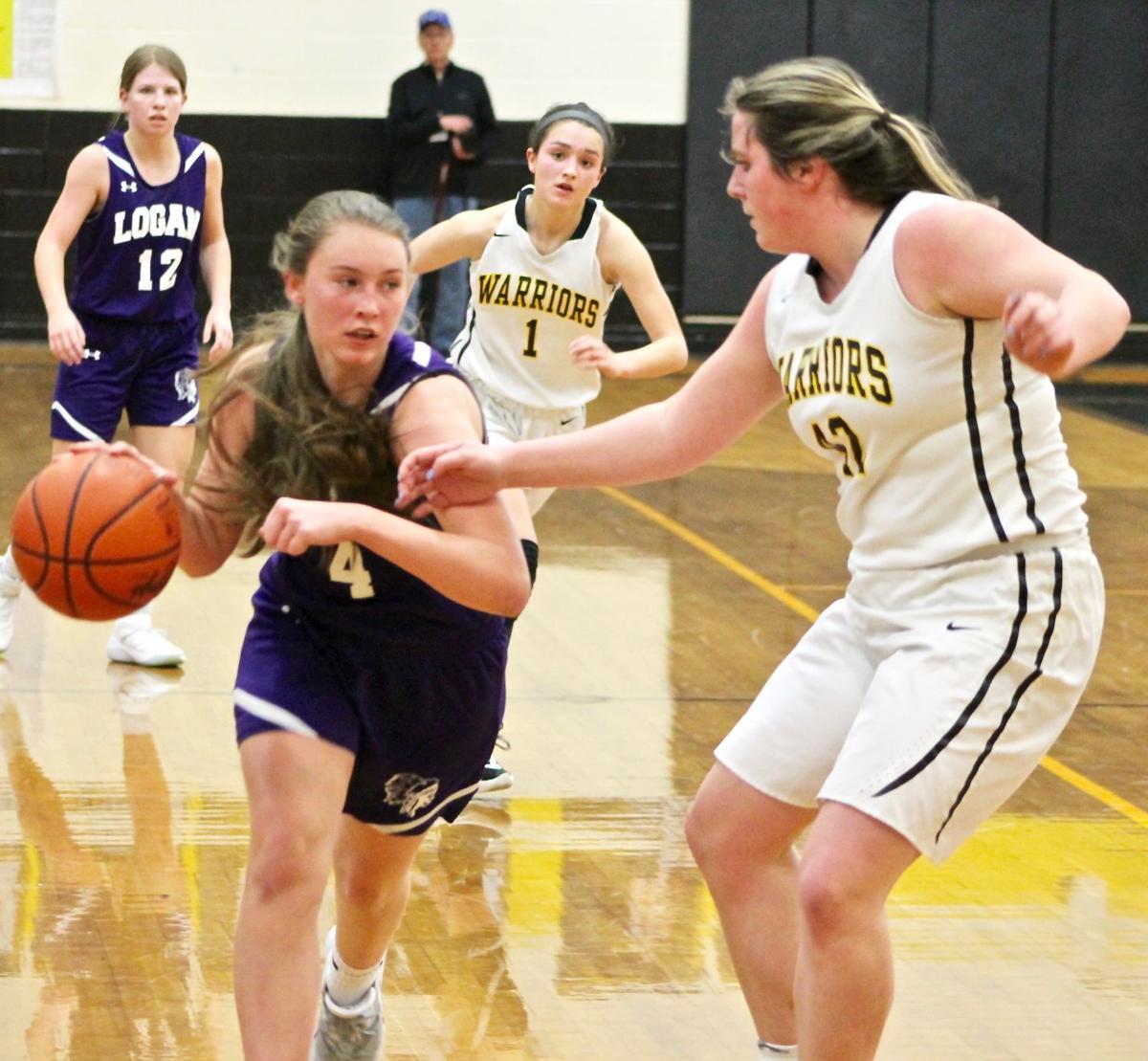 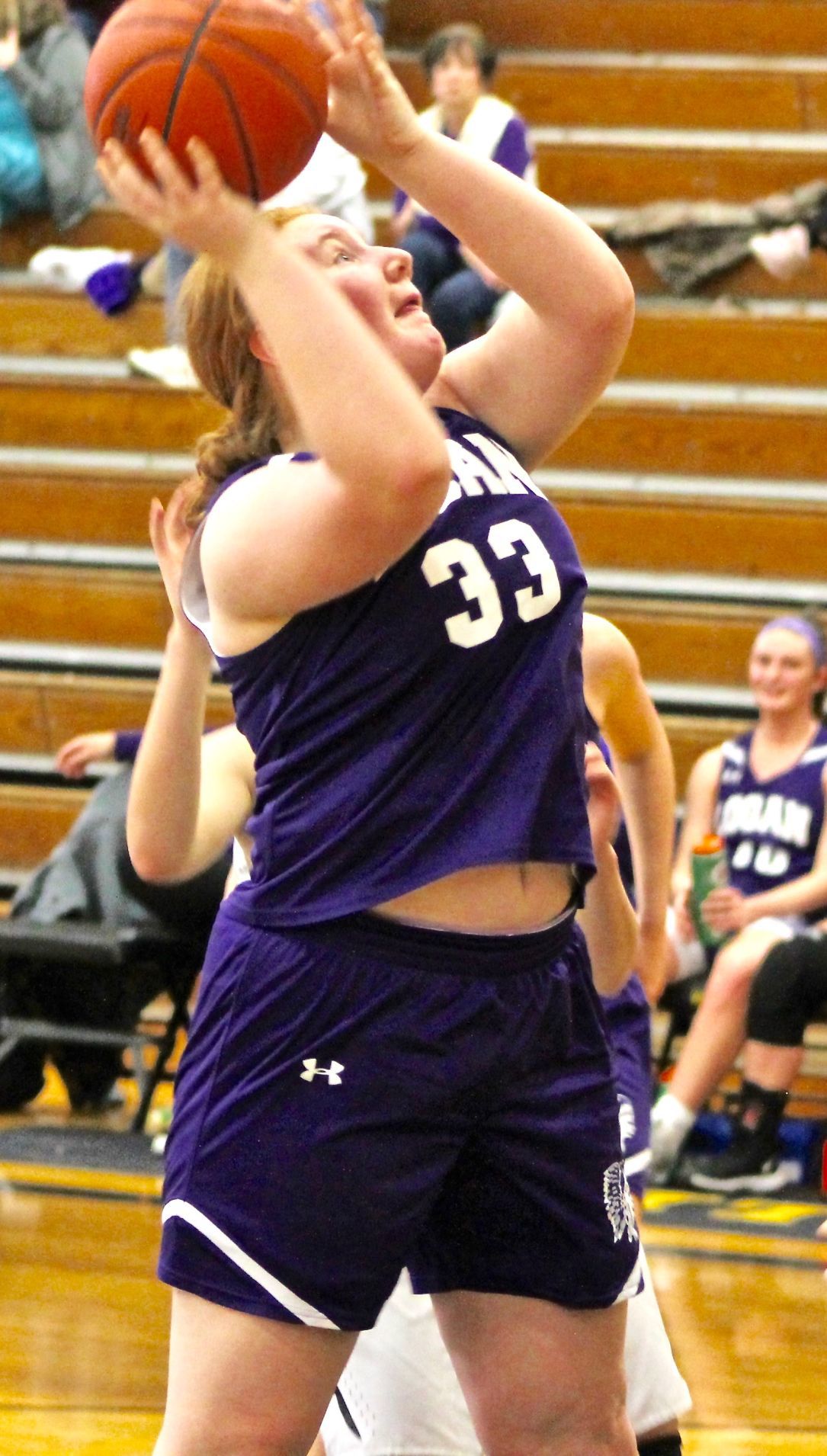 Logan reserve’s No. 33 Makayla Daubenmire inches her way to the opposing team’s basket for a hard fought layup. 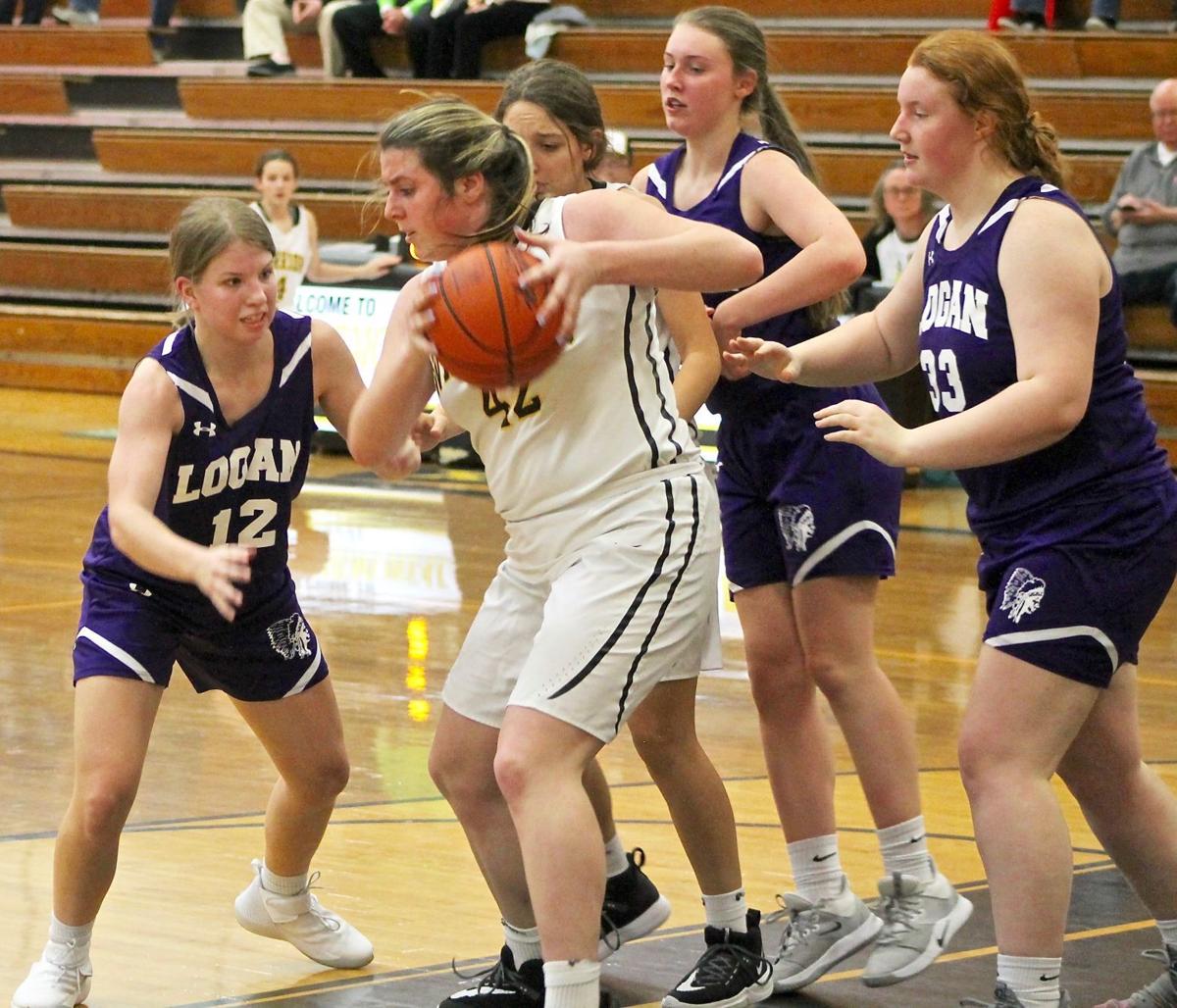 A gaggle of Lady Chieftain defenders pounce on a vulnerable Warrior.

Logan reserve’s No. 33 Makayla Daubenmire inches her way to the opposing team’s basket for a hard fought layup.

A gaggle of Lady Chieftain defenders pounce on a vulnerable Warrior.

PATASKALA — The Logan Lady Chieftain basketball reserve team battled with the Watkins Memorial High School Lady Warriors in Pataskala this past Wednesday at 6 p.m. and end up coming short in the end.

The reserve Lady Warriors won the tipoff at the start of the first quarter. However, the Lady Chieftains stayed tight on defense grabbing the first rebound of the game by no. 12, Keely Fickel.

Fickel would end up scoring the first points of the game putting the team on top. Logan’s no. 21, Anna Mulrooney, fouled a Watkin’s player and giving them the access to the free-throw line, but only completing one out of two shots.

The Lady Warriors would get the upper hand and scored with a layup, putting them ahead. The opposing team seemed to be in rhythm as a quick turnover by Logan’s no. 20, Abby Smith, gave the Lady Warriors quick access to the rim.

With the ball on offense, Logan’s no. 33, MaKayla Daubenmire, missed her attempted shot. Rebounding, the Lady Warriors carried the ball to the other end of the court putting and answered big with a three-point shot.

Unfazed from the previous play, Daubenmire learned from her past mistakes to stay focused and making a layup in traffic, making the total score 8-4, favoring the Lady Warriors. That still would not phase Watkins as the team would again score from the arc.

Daubenmire would yet again keep the competitive spirit alive on the court as she rebounded another attempted three-point shot later in the game. After securing the ball and getting called for traveling, she still ending up getting the ball put passing it to Fickel.

Fickel would get her shot blocked but secured again by the opposing defense. Daubenmire would end up secuing the ball and getting it into the basket for an easy layup.

The game continue to be a brief back-and-forth at the beginning of the second quarter. However, the Lady Warriors reserve team put the visiting team to the test scoring from all angles of the court. With under thirty seconds left in the second quarter, the score was 24-14 in favor of the home team.

The Lady Warriors kept putting the pedal to the medal scoring from mostly the paint at the beginning of the second half.

The Lady Chieftains attempted to come back with the score of 34-29 towards the end of the third quarter. Logan’s no. 4, Caidence Goldsberry, put her team within reach of the Lady Warriors scoring a layup and closing the gap to three points. The score was 34-31, still favoring the Lady Warriors.

Watkins remained unfazed as the team would cause several turnovers for the Logan offense, boosting the home team score in the process. With just three minutes left in the game the score was 40-32, Lady Warriors leading.

More turnovers would hurt the visiting team as the final score of the game would end up being 46-34 with the home team taking the win.