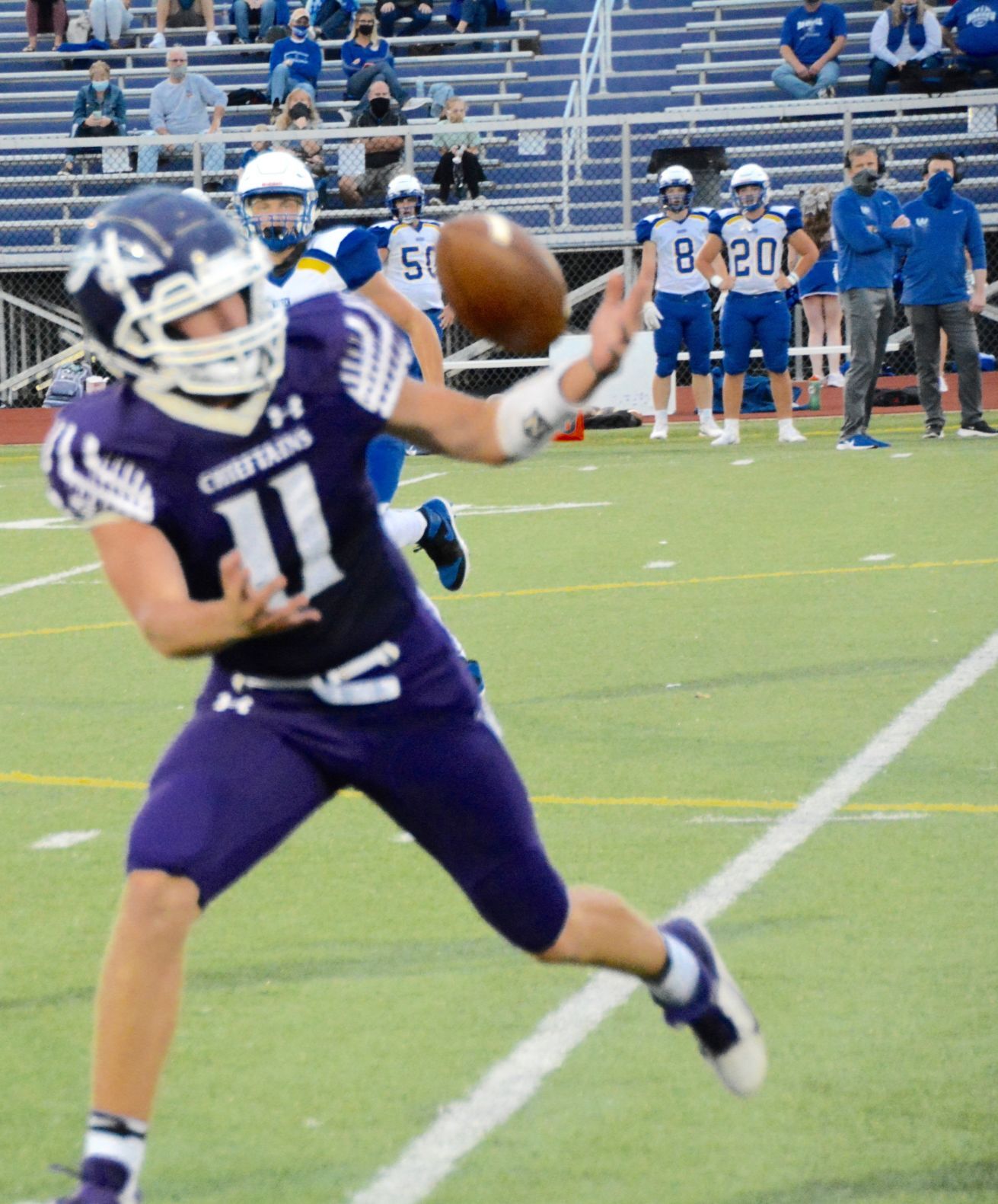 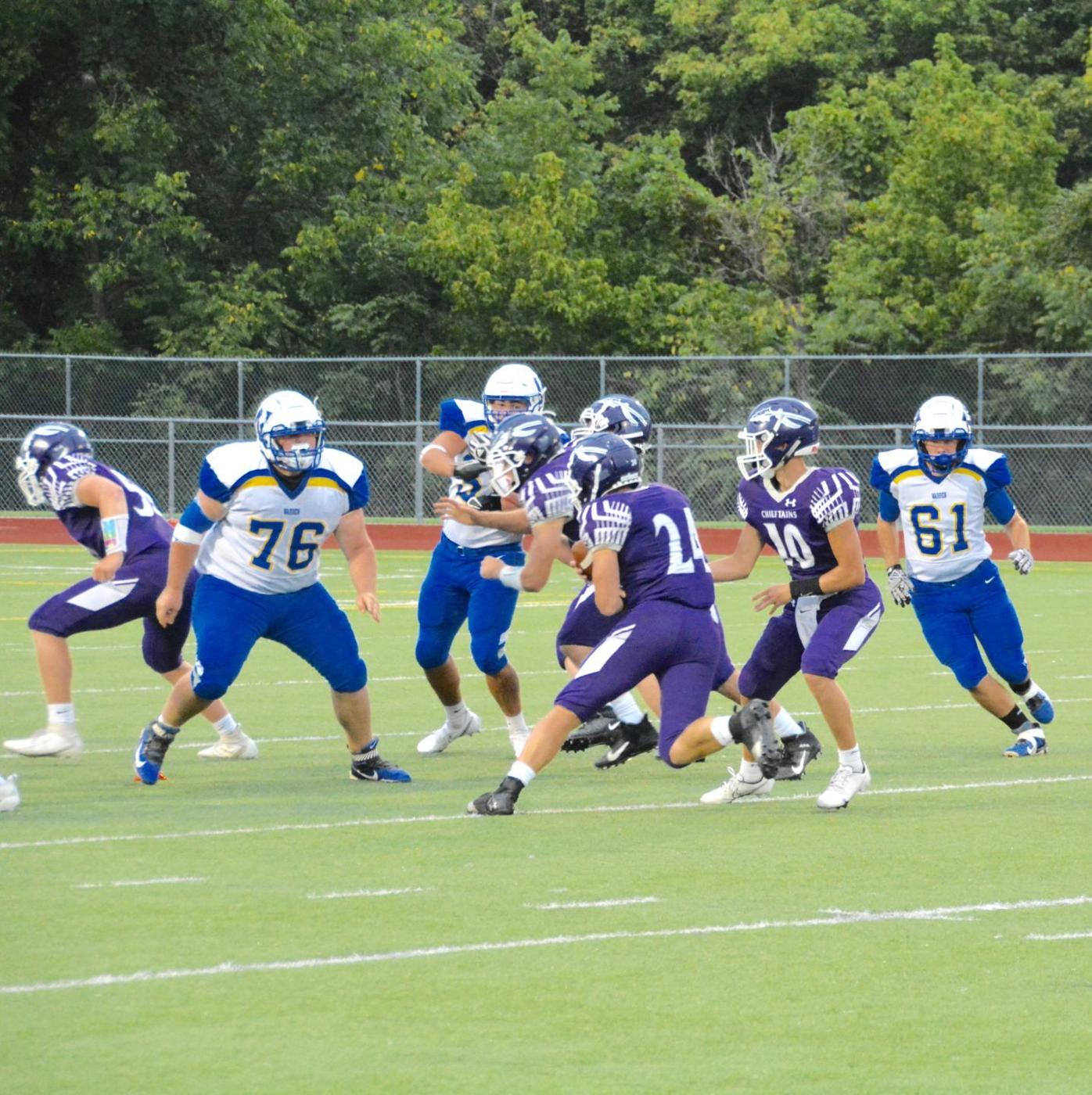 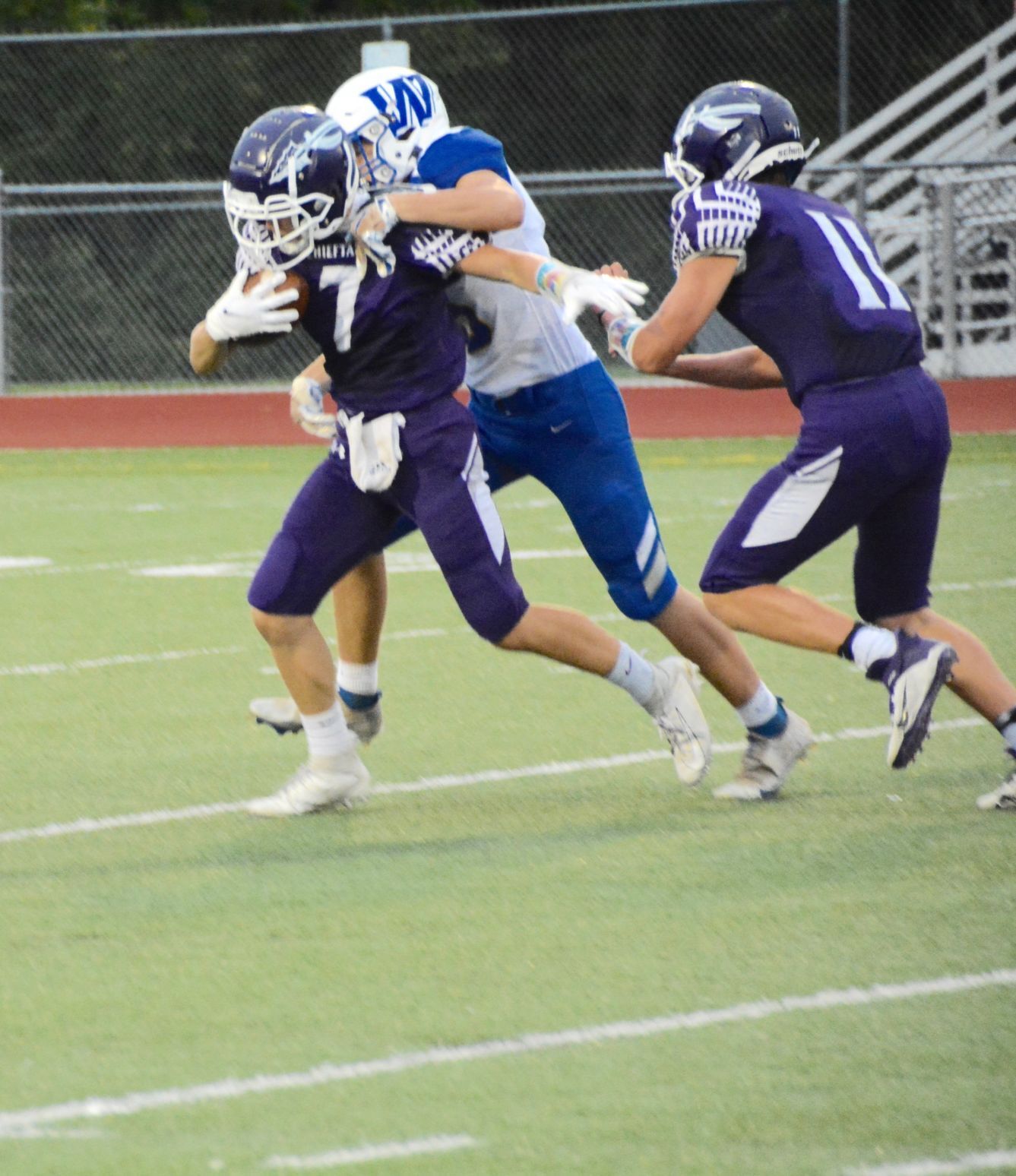 LOGAN — The Chiefs took to the gridiron at Logan Chieftain Stadium Friday night in hopes making senior night a night to remember for 11 graduating players. The Warren Warriors had other ideas. Warren dominated the clock in the fourth quarter and struck the final blow with a 22-yard touchdown pass to make the score 28-14.

Logan took the game’s opening kickoff, a short grounder recovered to the 38-yard line. Senior quarterback Ian Frasure immediately took to the air and found Brayden Sturgell for a 40-yard completion. It was a beautiful start only to see the offense sputter. The Chiefs turned the ball over on downs at the Warren 21-yard line.

Logan’s defense stood up though and forced Warren to punt on its first possession, although pinning Logan back on its own four-yard line. Logan had to punt from deep in its own end zone. Logan quickly recaptured the pigskin as they forced a forced a fumble on Warren’s first play.

The Chiefs took to the air again with Frasure completing two straight first down passes to Jonny McCellend and Owen Angle. Following another first down, Frasure connected with Sturgell in the end zone only to find flags on the field. The touchdown was nullified by a chop block on Logan. Logan couldn’t find the same magic after the penalty and lost possession again on downs at the Warriors 22-yard line.

Logan came roaring back. Caden McCarty ripped off a 15-yard run. Then on third down, Ian Frasure hit Traten Poling for a short pass to the left side of the field. Poling found the sideline though and turned on the jets for 62-yard touchdown. Frasure made the extra point and the opening quarter ended even at 7-7.

Warren was marching against Logan in the opening stanza of the second quarter until the Chiefs linebacker Traten Poling intercepted Warren’s QB Taylor at the Logan 35. Logan was forced to punt though after a three and out possession.

Warren took over and moved down the field through a series of runs and short completions. Quarterback Taylor found Gandee again in the end zone for a 20-yard touchdown strike. Following the 67-yard drive Chevalier added the extra point and the Warriors were up 14-7.

A short kick-off gave the Chiefs excellent field possession near midfield at its own 48. Ian Frasure went to work and found Poling on a short completion. Poling then weaved his way through defenders to find pay dirt 37-yards later. Frasure’s extra point was good and the game was even-up at 14 points apiece.

With the second quarter winding down, Warren had a sustained drive, helped along with a Logan penalty. With 40.8 seconds left in the half and the ball on the Logan 11, Warren’s quarterback Taylor scrambled to the end zone. Chevalier remained perfect on extra points. Warren went into the locker room up 21-14.

Warren accepted the second half pooch kick from Logan’s Zach Chapin putting the ball on Warren’s 39-yard line. Warren managed a couple of first downs; however, penalties marred the drive and they punted to Logan. The Chiefs running game was stuffed on three straight plays.

The third quarter came to close with neither team able to cross the goal line. The score remained Warren 21, Logan 14.

Logan caught a break as the fourth quarter opened. They were forced to punt from their own 25; however, Warren was flagged for illegal participation giving the Chiefs a first down. A second chop block call on Logan stifled the drive and they punted away.

Warren took the ball at its own 30-yard line. They proceeded to pound the ball and the clock. Warren converted a key fourth and 2 at the Logan 27-yard line with 6:26 left to play. Three plays later star quarterback Kurt Taylor connected again with Evan Gandee for a 22-yard touchdown pass giving the Warriors a 28-14 lead.

Warren’s Gandee, not wanting his defensive skills to take a back seat, promptly intercepted a tipped Ian Frasure pass. Warren was able to run the clock out with running back Taylor Bowers carries.

Head Coach Matt Klimes’ Warren squad came to Logan with 1-1 slate, beating Marietta soundly in their season opener; then took a loss to Fort Frye last week. Next week they travel to Meigs sporting a 2-1 record.

Logan entered the contest 0-2 suffering a season opening loss at home to longtime rival Jackson followed by a tough 17-12 setback at Amanda Clearcreek. Next up for the Chiefs, Head Coach Mike Eddy will pit his squad against Bloom-Carroll at Logan Chieftain Stadium on Friday, Sept. 18th.