Caidence Goldsberry reaches for the ball against Athens. 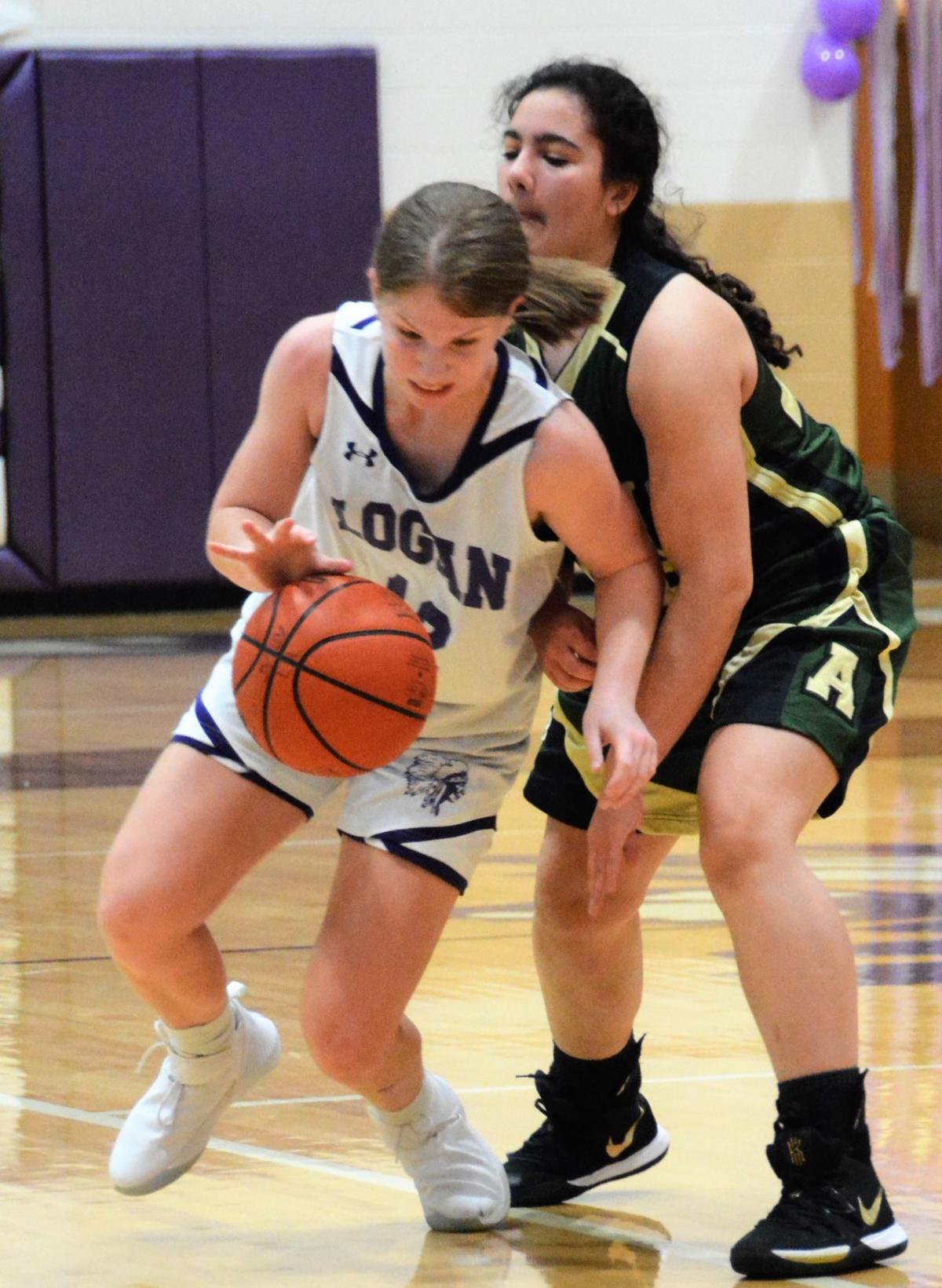 Keely Fickel posts up against an Athens defender.

Caidence Goldsberry reaches for the ball against Athens.

Keely Fickel posts up against an Athens defender.

LOGAN — After the freshman Lady Chieftains concluded the game, it was up to the reserve team to go out onto the court. The reserve team battled hard on the court, starting at around noon on Saturday, playing host to the Lady Bulldogs from Athens.

First points of the game came from the home team as Logan’s Makayla Daubenmire. She missed an open layup, followed up by Keely Fickel who rebounded the ball and scored on a layup. Fickel would be all over the court as she stole the ball from an Athens player.

Fickel would dish out to teammate, no. 34, Emma McKinney, who got fouled in her score attempt. McKinney made both of her free-throw attempts, increasing her team’s lead by four points in the first half of play. McKinney made a steal of her own and would drive for another layup for her team.

Athens made their presence known in the game in the first quarter rebounding a missed three-point attempt and settling for a layup. An unfazed McKinney continued to help her team’s lead by scoring a jump shot.

Logan’s Keely was fast around the court all game long. During the second quarter, she charged down the lane but was fouled on her shot attempt.

Keely made both of her free throws. Athen’s again got the ball after the score, but was interrupted on and inbound pass by Logan’s Caroline Tier. Missing her shot, two Athen’s players were alone on the home team’s side of the court. Keely came up big on defense quickly covering the two open players.

Logan’s McKinney shot a three-point field goal in the second quarter, increasing her team’s lead with the total score 21-6. The visiting team seemed to have little to no answer for Logan’s high-tempo offense, as well as defense. Athens found another way to score, leaving the halftime with 26-10 in favor of the home team.

Athens started with the ball at the beginning of the second half. Daubenmire scored the first points for the team at the half in the form of a layup. The score was 28-10 in favor of the home team.

Daubenmire scored another jump shot with one minute left in third-quarter, increasing the commanding lead for her team. Athens showed some lights on upstairs in the fourth quarter by scoring a layup against a solid Logan defense. The score total was 42-18 still in favor of the Lady Chieftains.

With 30 seconds left in the fourth quarter, Logan had a commanding lead with no hope of a comeback for the visiting team from Athens. McKinney scored another jump shot increasing the lead and solidifying the win for the day. Final score of the reserve game 44-18.