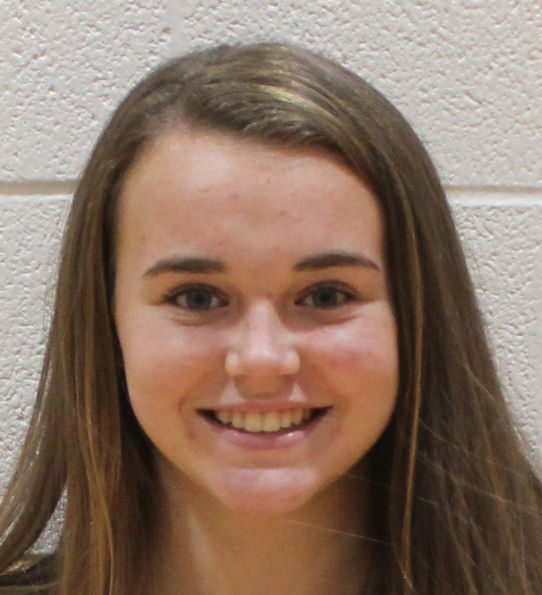 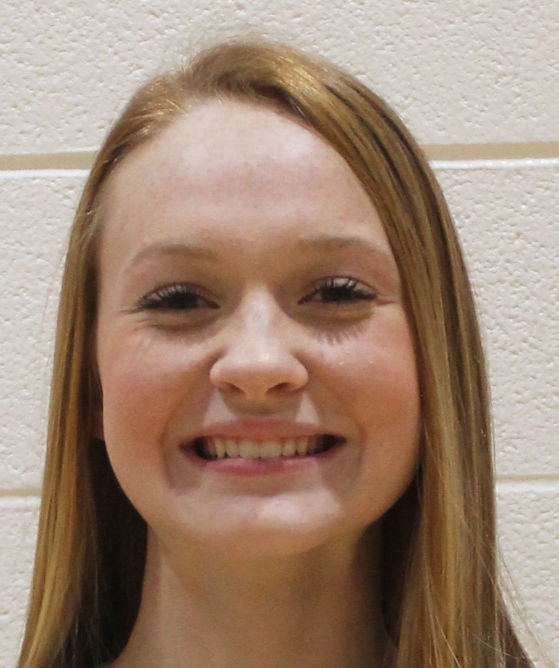 NELSONVILLE — While they weren’t aware of it as they celebrated their victory Monday night, the Nelsonville-York Buckeyes had just accomplished something no N-Y girls basketball team had done in more than 34 years.

They had defeated the Logan Lady Chiefs.

The Buckeyes opened a 10-point lead early in the fourth quarter Monday night at Ben Wagner Gymnasium, then had to hold on in the final seconds to hold off the Purple & White 51-49.

Logan had won the previous 16 meetings between the two teams — though they had only played once since 1998 — but they used to play regularly.

It goes without saying, however, that current events matter much more these days than what players on both teams would consider ancient history.

And the history derived from Monday night is that N-Y (2-0) took the lead late in the first half and then held the Lady Chiefs (1-1) to only six points in a span of 10 minutes to take just enough of a lead that the visitors couldn’t quite overcome.

“We’ve had an interesting start to the season. It couldn’t be better, really,” said N-Y coach Bobby Cassady, a Logan High School graduate and former Logan basketball coach who still teaches in Logan. “We’ve survived two close games. You want to play in close games and get better. We survived, we’re 2-0 and the girls executed well and played hard. I’m proud of them.

“The first game of the year (a 40-35 victory over Meigs Eastern last Monday) probably helped us win this one tonight,” he continued. “I don’t want to schedule teams we’re going to beat by 20 or lose to by 20. I couldn’t be happier with the way we’ve started the season.”

Hurd, who is getting looks from Division I colleges, added 11 rebounds for a double-double and added five scoring feeds. Sinnott just missed a double-double with nine boards.

While eight different Logan girls scored, it was senior Mollie Gabriel who came off the bench to pace the Purple & White with 12 points, including 10 of Logan’s 19 points in the second quarter.

Gabriel played a major role as Logan, which trailed 10-4 late in the opening quarter, went on an 11-0 run to take the lead.

She nailed a three-ball 10 seconds into the second period then, after Emilie Eggleston (seven points, nine rebounds, four assists) meshed two free throws, Gabriel was fouled while drilling a long three from the right of the key and netted the ensuing free throw for a four-point play.

She did what Logan coach Jessica Harris constantly implored her girls all night… to shoot the ball. They passed up a number of good looks during the course of the evening.

“Hats off to her,” Harris said. “She came out ready to play tonight. I gave her credit at halftime: she’s not afraid to shoot, and that’s what we needed. I wish everyone would have got on that bandwagon and shot with confidence (like Gabriel did). Whether or not it goes in, at least you took the chance.”

“She shot the ball well,” praised Cassady. “I know (Avery) Thompson, Eggleston and (Brooklin) Harris are their three main scorers. Gabriel had a great game. She was almost the difference for them to get the win.”

As far as coach Harris was concerned, the Buckeyes’ overall effort was a key reason for their victory.

“We did it to ourselves tonight,” Harris said. “We didn’t box out — when we did box out it wasn’t to the full effect that it should have been, we would go get good positioning and not do anything about it — and Nelsonville won the loose balls.

“In my opinion, they out-hustled us in all aspects of the game,” she continued. “I’m not saying our girls didn’t try, but (the Buckeyes) were a little bit more focused with their effort. They were hustling after loose balls and would grab the ball with two hands where our girls were smacking at it with one.”

With N-Y still down five nearing the midway point of the second period, Heller canned a wing-three to start a 9-2 run that put the Buckeyes in front 21-19 with 2:33 left in the half.

Logan drew even with a little over a minute left, but Hurd drove the baseline for two and then turned a rebound into a long scoring assist to Heller, whose run-out layup with five seconds left gave the home team a 29-25 lead at the intermission.

It was 33-31 late in a low-scoring third quarter before Heller scored a layup off a long Hurd feed, then a wide-open Hurd took advantage of a Logan defensive breakdown to mesh a corner three off a Heller inbounds pass with 26 seconds left as N-Y took a 38-31 edge into the final eight minutes.

“There were some turnovers and mistakes that really hurt us,” Harris said. “We played timid and we played soft. We were expecting a foul call for us rather than focusing on making the basket… we were expecting somebody to help us out versus just going out and doing it ourselves.

“We hesitated way too much on our shot selection,” she added, “and that caused turnovers because we might have had a pull-up jumper and then (were) afraid our pull-up jumpers would miss then try to dribble again and double-dribble. We wanted them to shoot the pull-up jumper and shoot the three. (The Buckeyes) had their hands down I don’t know how many times when we could have shot a three and we didn’t.”

The Buckeyes didn’t rest on their laurels. A Heller three with 6:30 left in the final stanza opened a 43-33 lead.

Once the Buckeyes took the lead, “I don’t think there was any change in our mind-set,” Cassady said. “We took it one possession at a time. We got out to an early lead then they made a run, then we ended the half on a run and had a couple run-outs that were huge. We didn’t change anything when we got down” and then came back.

Eggleston, who scored 20 points in Logan’s season-opening win over Lancaster nine days earlier at Rocket Mortgage Fieldhouse in Cleveland, saw her playing time limited by foul issues. She and Thompson both sat with four fouls for a big part of the final stanza.

But the Lady Chiefs clawed back. Sophomore Ella Guthrie (nine points) helped Logan score five of the next six points, then Gabriel canned a shot off the wing and Abbie Dicken made two free throws to close the Purple & White within 46-42 with three minutes remaining.

Hurd scored in the lane off a nice Sinnott bounce pass, but Guthrie countered with a long triple with just over two minutes remaining to make it a 48-45 game.

Sinnott scored off a clutch look from Haley Hurd with 1:06 left to make it 50-45 N-Y, and that proved big as Guthrie netted a free throw and Eggleston tripled from the right wing with six seconds left to make it a one-point game at 50-49.

N-Y’s Ashleigh Cantrell made the front end of a one-and-one with 4.9 seconds left. She missed the second and the ball went out of bounds, with Logan getting possession under its own basket with 4.2 seconds left.

Logan called time-out to set up a long pass, but the throw went awry and N-Y got the ball back. The Buckeyes turned the ball over with three-tenths of a second remaining but Logan was 60 feet from the basket as the Lady Chiefs called their last time-out.

The only way a team can score with three-tenths of a second or less remaining is on a tip, so even when Eggleston’s catch-and-shoot three just missed at the buzzer, it was a moot point because it wouldn’t have counted anyway.

Harris didn’t make an excuse out of the long layoff between games.

“It shouldn’t have been that,” she said. “We just weren’t focused with our intensity and our energy today. I don’t know why. We played well against Lancaster. (The Logan girls) did a good job then. They were confident, they went out and played and had fun.

“Today it was like they were on their heels the whole time just hoping not to fail and playing not to lose verses going out there playing to win,” she added.

For Cassady and the Buckeyes, their historic win gives them some momentum going into their Tri-Valley Conference Ohio Division opener later this week.

“We have a big one on Thursday against Alexander,” Cassady said. “Winning two close games can only help us.”

Meanwhile, the Lady Chiefs have one day off before returning to action against Zanesville Wednesday evening in Jim Myers Gymnasium.

“We’ll try to use (this loss) as motivation,” Harris said. “We’ll work on things we need to work on (today in practice) and go forward from there.”