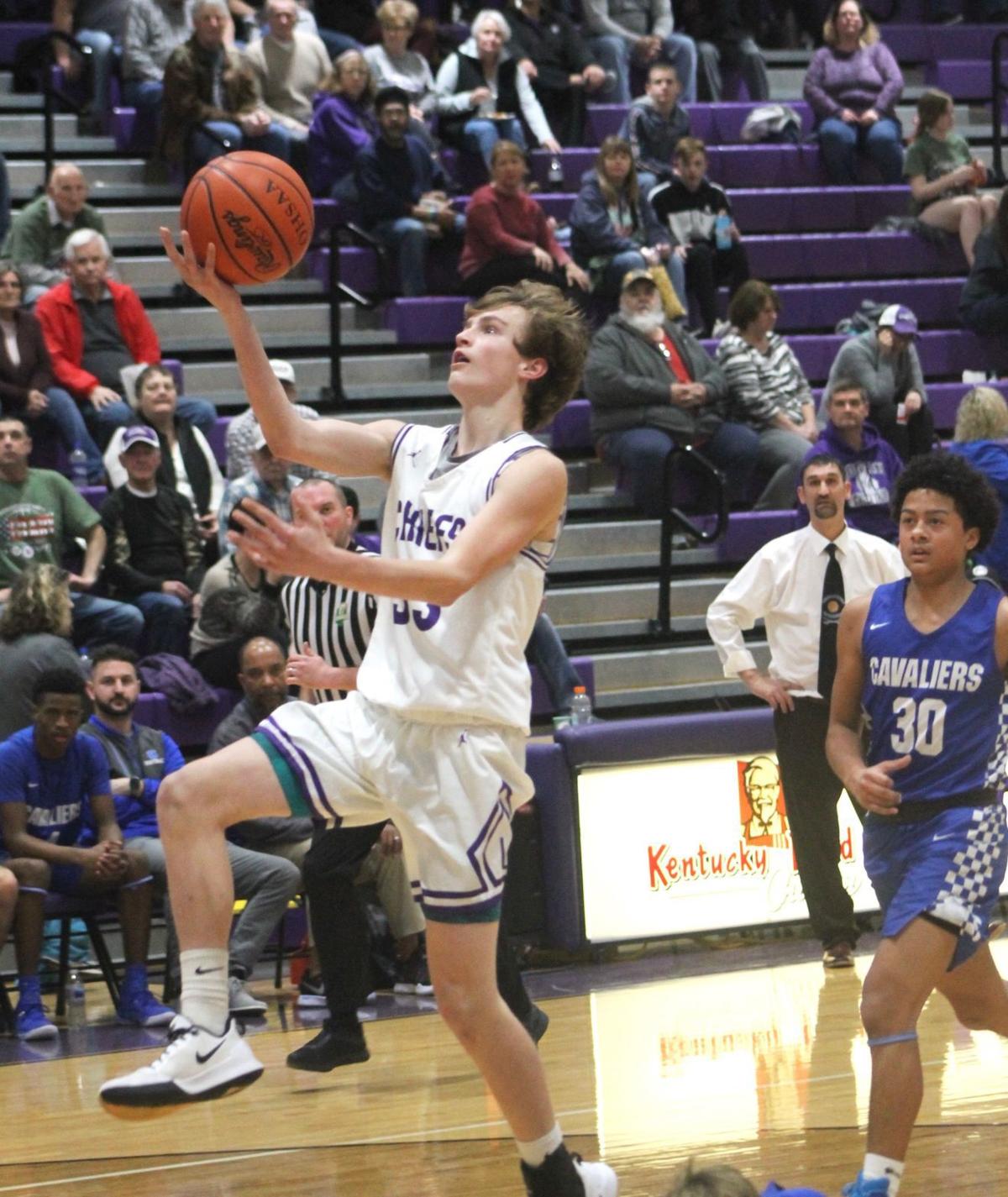 Hunter Hill goes in for a layup in the second quarter of the reserve game against Chillicothe. 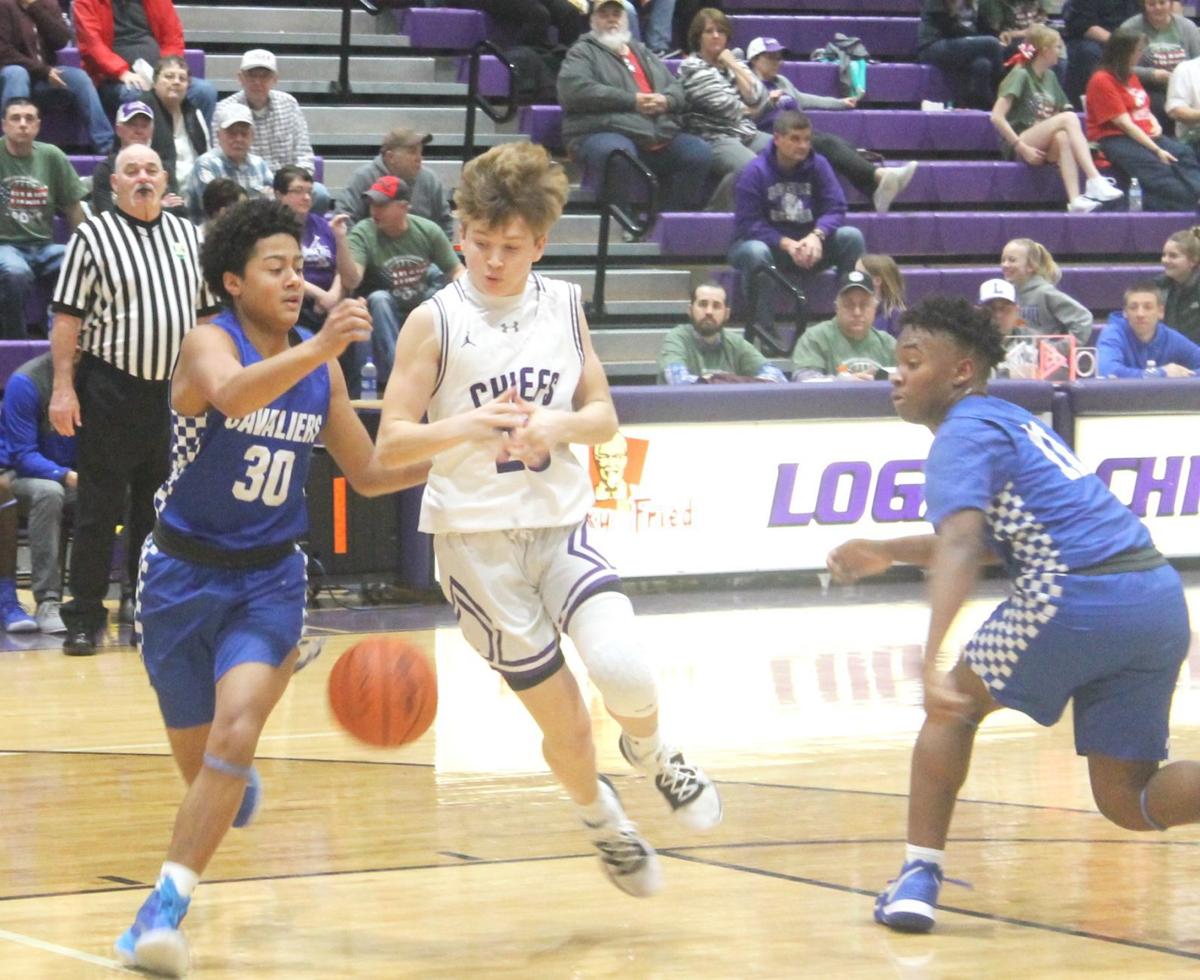 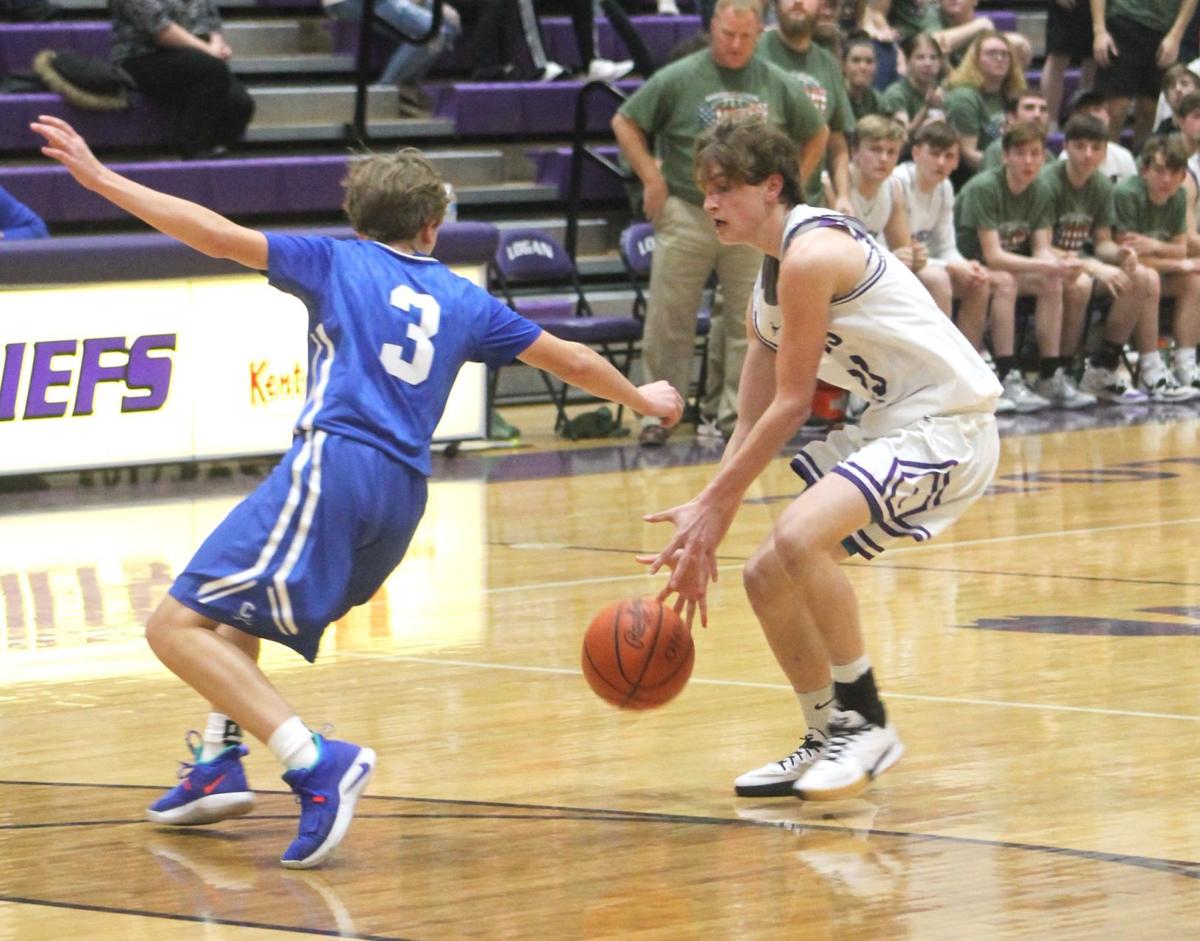 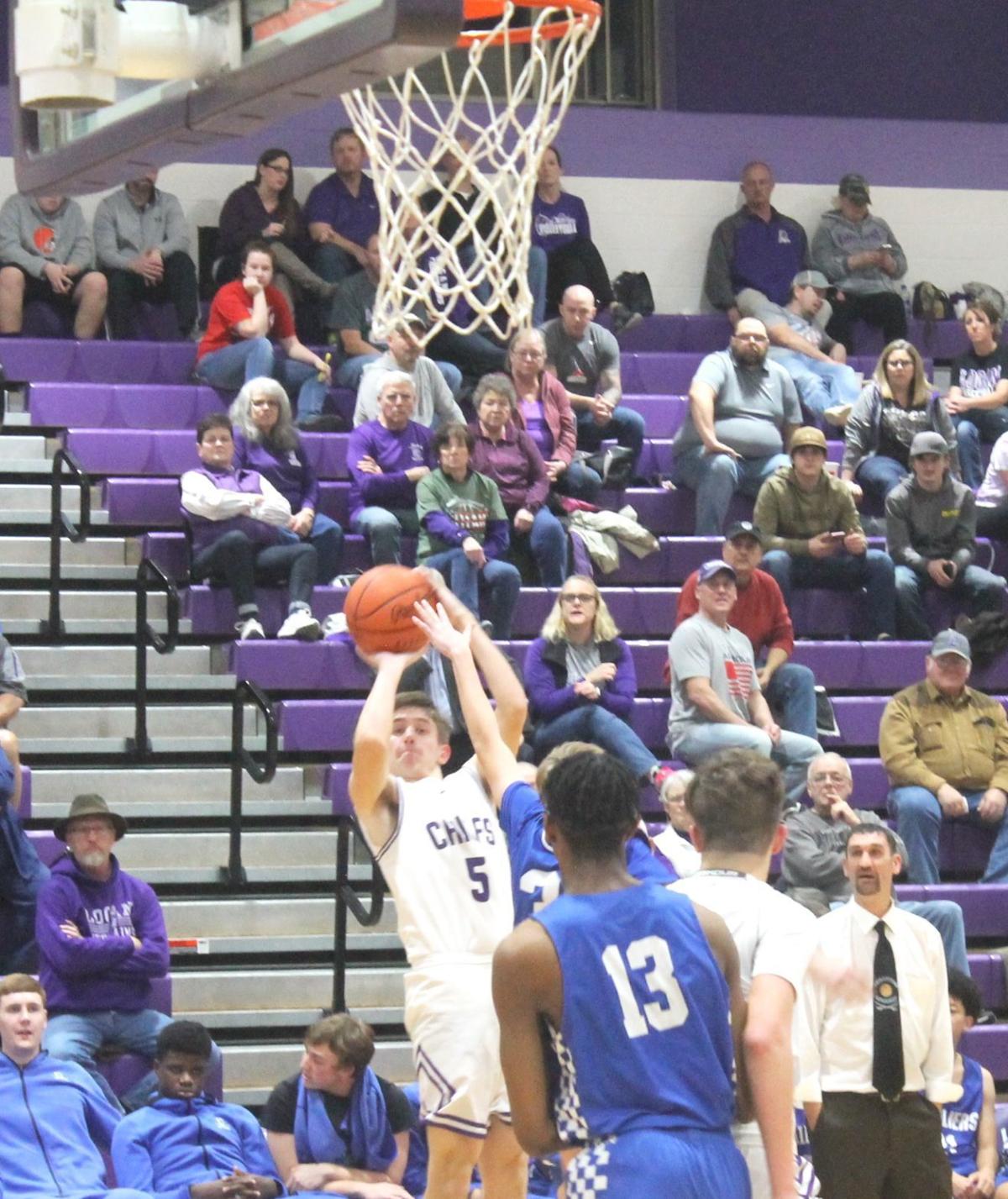 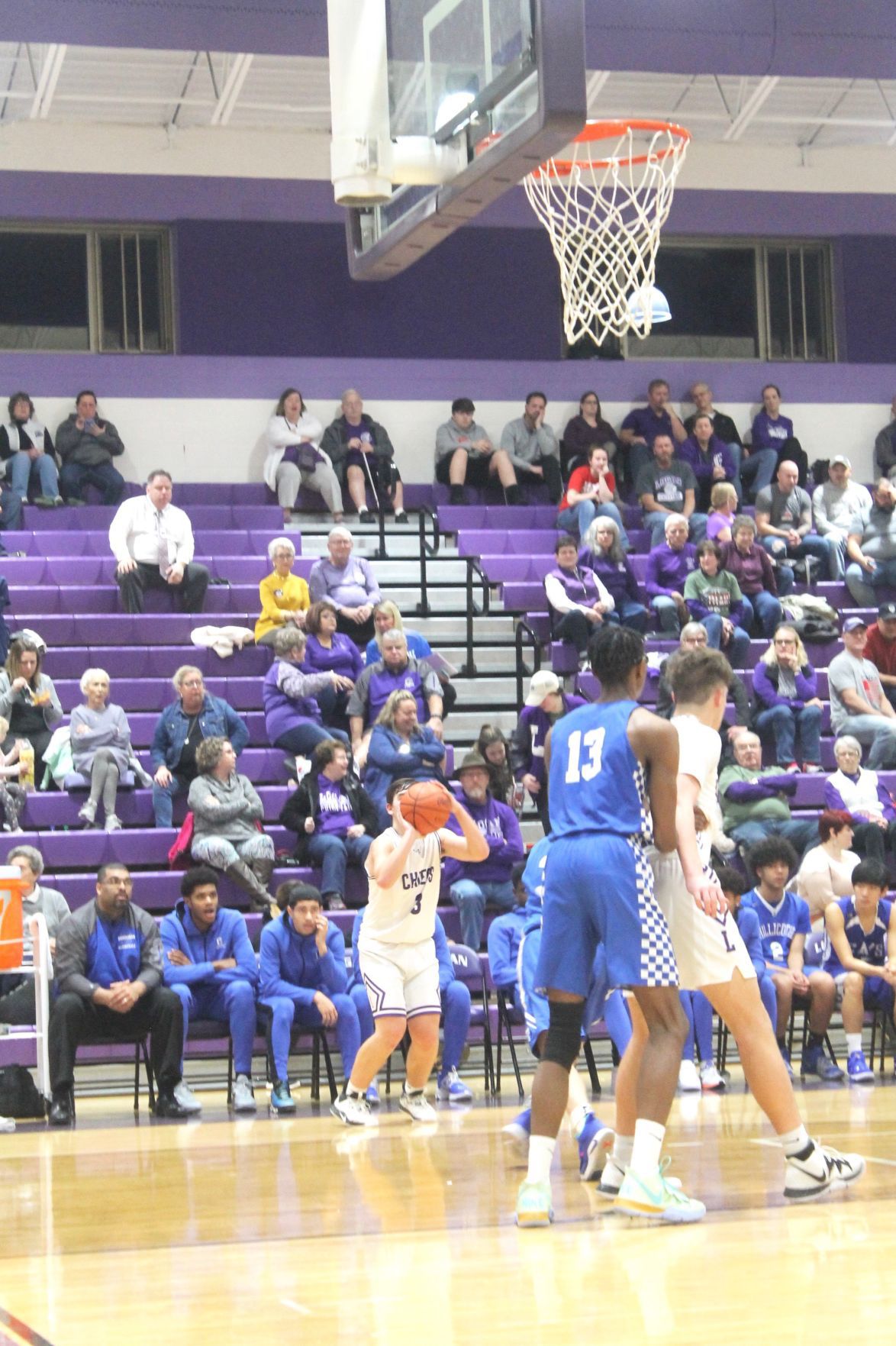 Ashton Mahaffey shooting the three from the right side of the court. 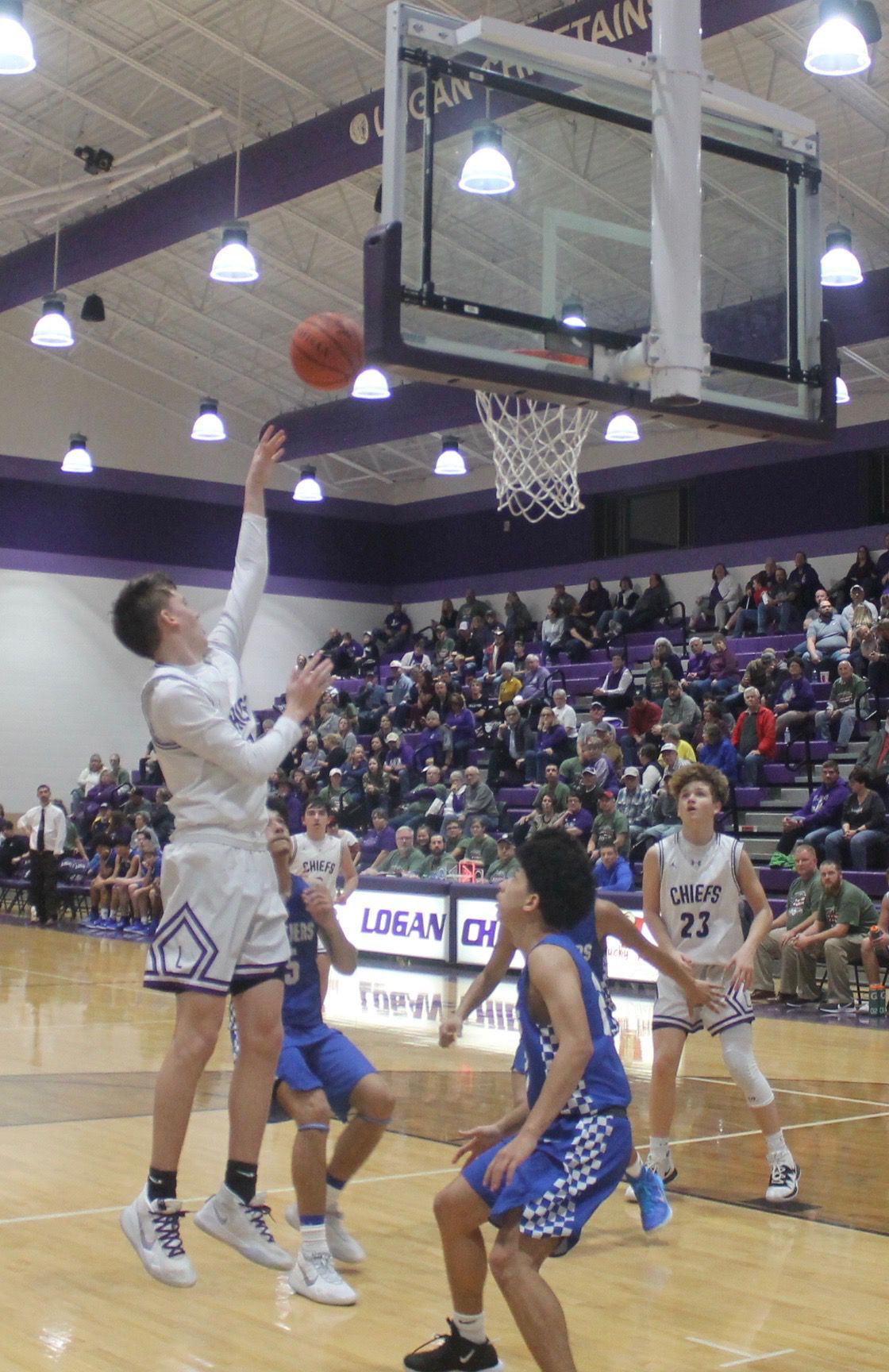 Branden Shoemaker taking a shot from under the basket in the fourth quarter.

Hunter Hill goes in for a layup in the second quarter of the reserve game against Chillicothe.

Ashton Mahaffey shooting the three from the right side of the court.

Branden Shoemaker taking a shot from under the basket in the fourth quarter.

After Mahaffey’s first three, 6-foot-5 center Caden Alford had a rebound and put back to give them a 5-0 lead.

Chillicothe’s Joel Barnes would hit a three on the right side to get on the scoreboard. Jaiden Cane would try to help Barnes in the first with two points from the line.

An inbound pass by Traten Poling led to a pull up jumper by Mahaffey who would score seven in the quarter.

The Chiefs would outscore their opponents 17-6 in the second quarter and by the end of the half the score was 26-11. Most of the scoring in that quarter came from Hunter Hill who had three baskets, one of which was a three pointer, the Chieftain’s Owen Angle picked up five for the quarter and seven for the game. Alford would also help out in the second with a basket.

A dunk to start the third by Chillicothe’s Donavin Baker is just what the doctor ordered and he would throw down another slam later in the game as well while finishing the game with 13 points.

Alford showed some defense in the third with two blocks and a play with a rebound and put back. He would end the game with six.

Angle would contribute a score in the third after being blocked but regathering the ball and putting it in.

With 2:19 seconds left in the third, freshman guard Brayden Sturgell would connect on a three making the score 33-20. Sturgell would also hit a two pointer from the foul line off the backboard.

By the end of the third, the score was 37-24. Chillicothe would outscore Logan in the fourth, 16-13 thanks to seven points from Baker and and two corner threes from Mason Siberell.

But Mahaffey did not give up in the fourth and would score seven of his own and lead the reserve Chieftains to a 10 point victory.