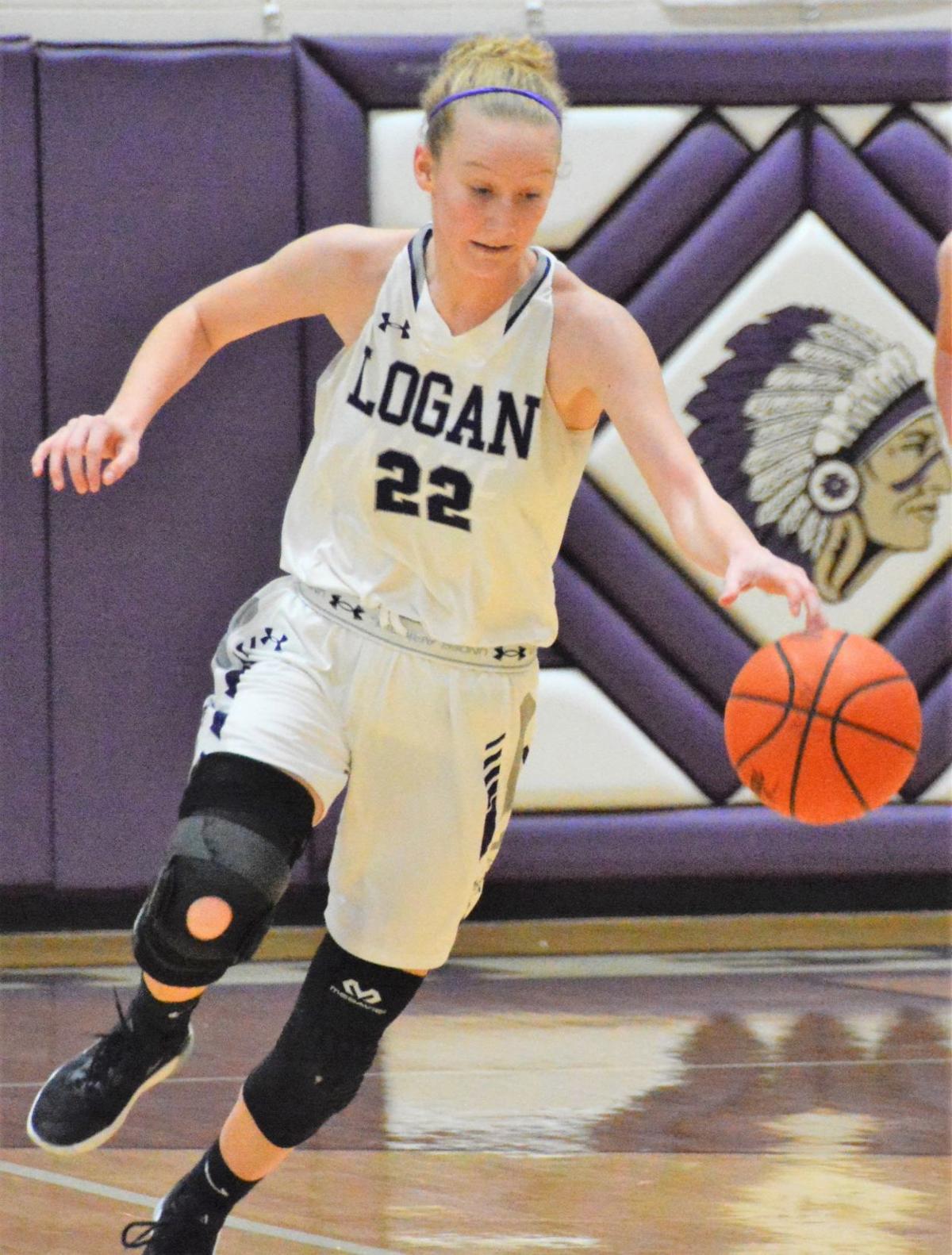 Avery Thompson charges her way down the court. 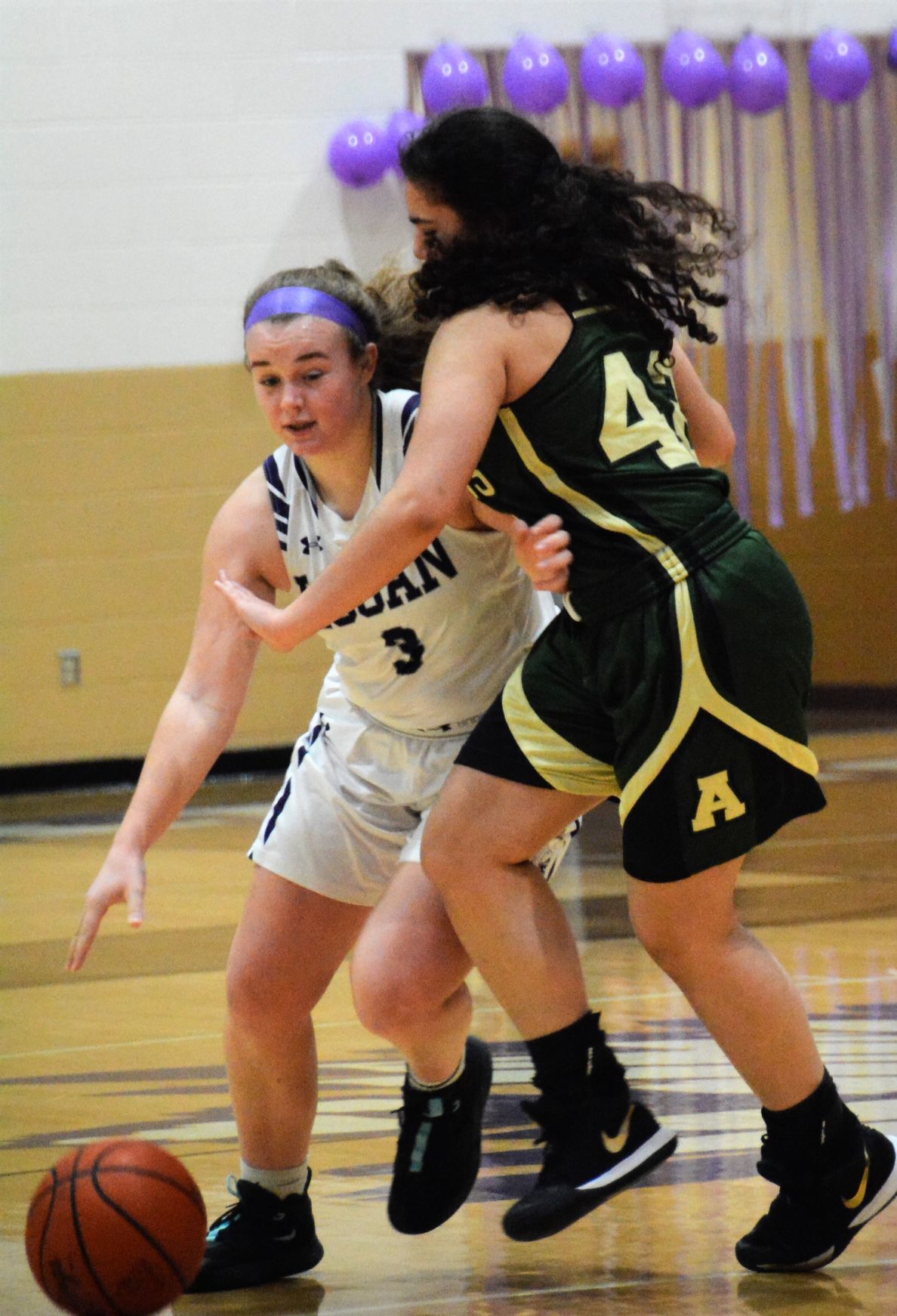 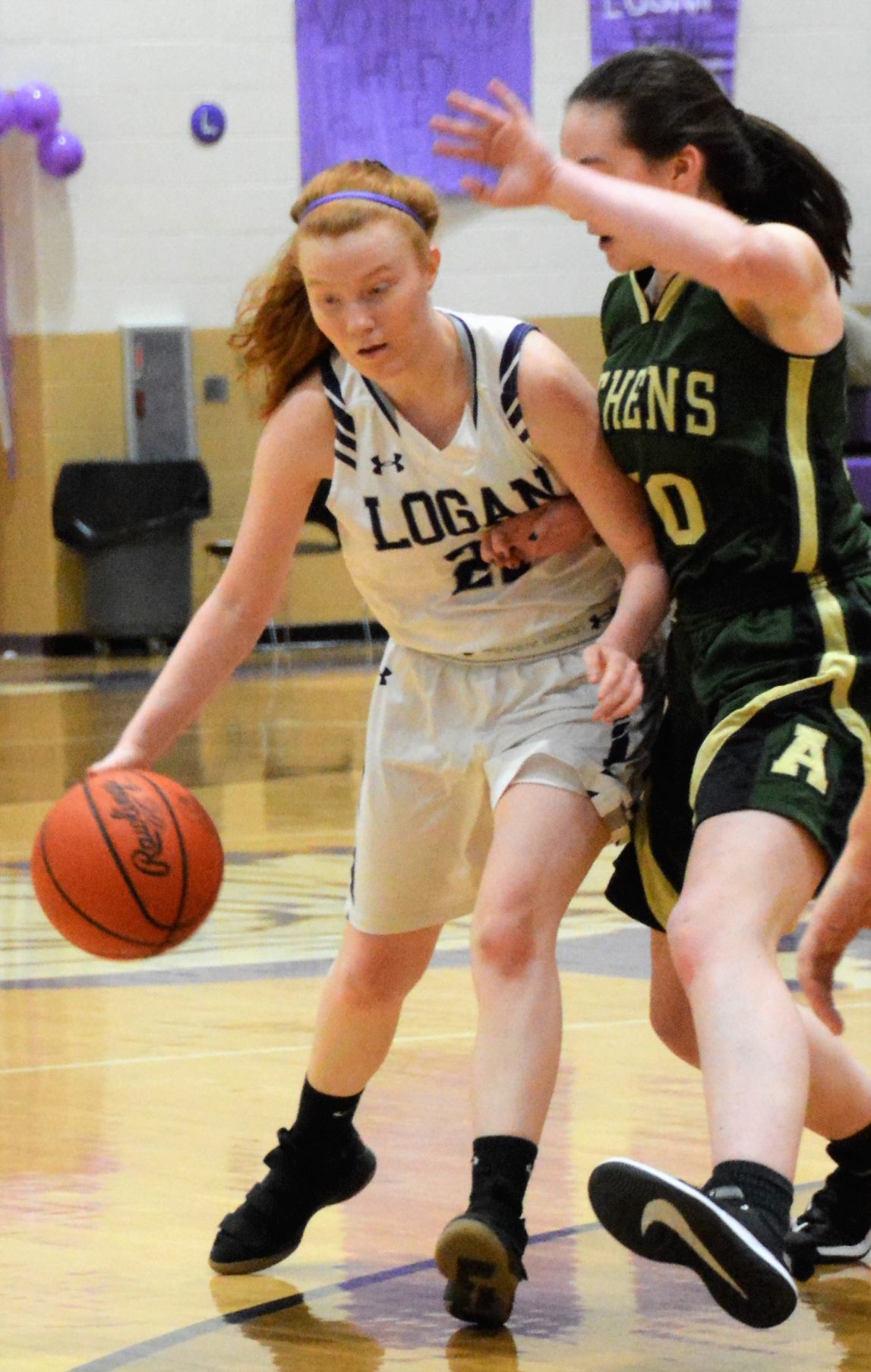 Hannah Dixon finds an open lane against the Athens defense.

Avery Thompson charges her way down the court.

Hannah Dixon finds an open lane against the Athens defense.

For the start of the game, all senior Lady Chieftains took to the court as the crowd welcomed them to the start of regulation. The energized crowd seemed to uplift the squad as they came out of the gate ready to play.

Logan’s no. 24, Eggleston, found herself making an easy layup scoring the first pionts of the game. The crowd rumbled from the start giving the players the juice they needed.

Another score came from Logan’s no. 20; Breining added to the team’s lead with a jumpshot of her own. With the others contributing, Logan started the first quarter with a six-point lead while Athens only scored two points minutes into the game.

Logan’s no. 3, Gabriel, scored a layup energizing the crowd and rocked the gym filled with local residents and visitors. Logan’s no. 31, Primmer, scored a jumpshot for her team as the crowd cheered for the senior. Logan’s Breining scored again with a layup adding to the lead.

Addressing the heat from Athens, Egglestone came up with a three pointer with just thirty seconds left in the first quarter. Increasing the lead by six points. Athens held tight together as this game would be won by the team that wanted it more.

At the six-minute mark of the quarter, Athens found itself on top by one point. Head coach Jessica Harris substituted in the regular starters around the six minute mark.

Logan’s Abbie Dicken sifted her way through the Athens defense, putting up her first points of the game. Both teams ended up tying midway through the second quarter of play.

Logan got on top again by three points toward the end of the second quarter. The score between the two was 29-26 in favor of the home team.

Both teams would duke it out in the third quarter of play tying up again at one time. But the home team remained focused as the Lady Chieftains took advantage of open lanes in the Athens defense.

Coming into the fourth quarter, Athens extended its lead by two points. In response, Eggleston scored a layup to tie up the game again — total score was tied 40-40.

On senior day, the Lady Chieftains would walk away with a win adding to the win from their reserve team. The final score would be 49-44.