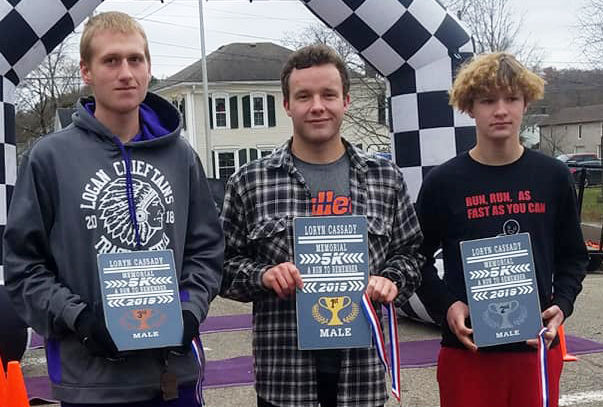 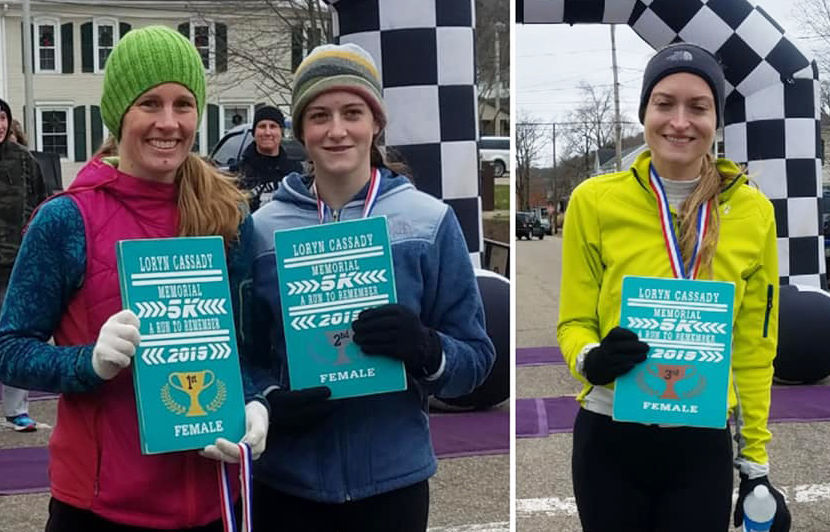 Erin Hayward (left) was the top overall female finisher in the recent Thanksgiving Day 5K in Logan. Raney Riddlebarger was second and Olivia Skeeks (photo at right) was third.

Erin Hayward (left) was the top overall female finisher in the recent Thanksgiving Day 5K in Logan. Raney Riddlebarger was second and Olivia Skeeks (photo at right) was third.

LOGAN — More than 600 runners took part in the Thanksgiving Day 5K “A Run to Remember” through the streets of Logan.

The annual event, in memory of Loryn Cassady, benefitted the Loryn Cassady Memorial Scholarship. A total of $6,473 was raised, with $5,473 going toward the scholarship fund and the remainder to the winners of the Charity Team Challenge.

To date, the Loryn Cassady Memorial Scholarship has given out 57 scholarships to LHS seniors totaling $34,000.

Dynamic Stars for Team Bryan (71 members) was runner-up and won $300 for the Logan Marching Chieftains in memory of Bryan Dickerson. “Save a Pup” (47 participants) claimed $200 for third place, with those winnings going to the local “Save A Pup” charity.

In all, 621 runners took part. The top 32 finishers were presented with “Something Pumpkin” donated by family and friends of Loryn. A youth race for ages 11 and under was held, with all participants receiving a medal, and first, second and third-place medals were presented in 20 categories divided by age and gender divisions.

Those results can be viewed at

Loryn’s family expressed its thanks to the community for its continued support as well as all who helped, donated or participated.