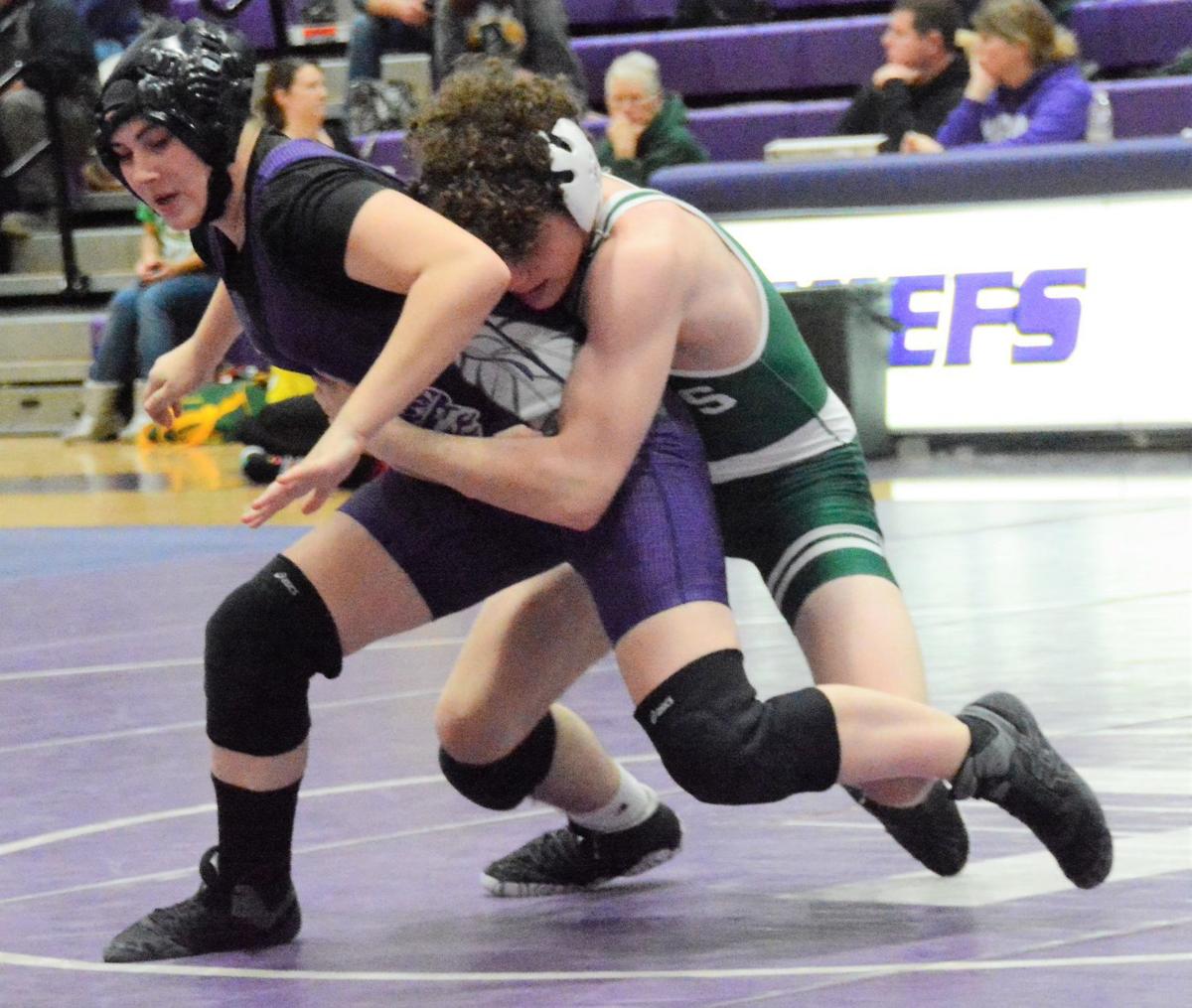 Alleana Brown gives up her back in one of Wednesday’s matches against Athens. 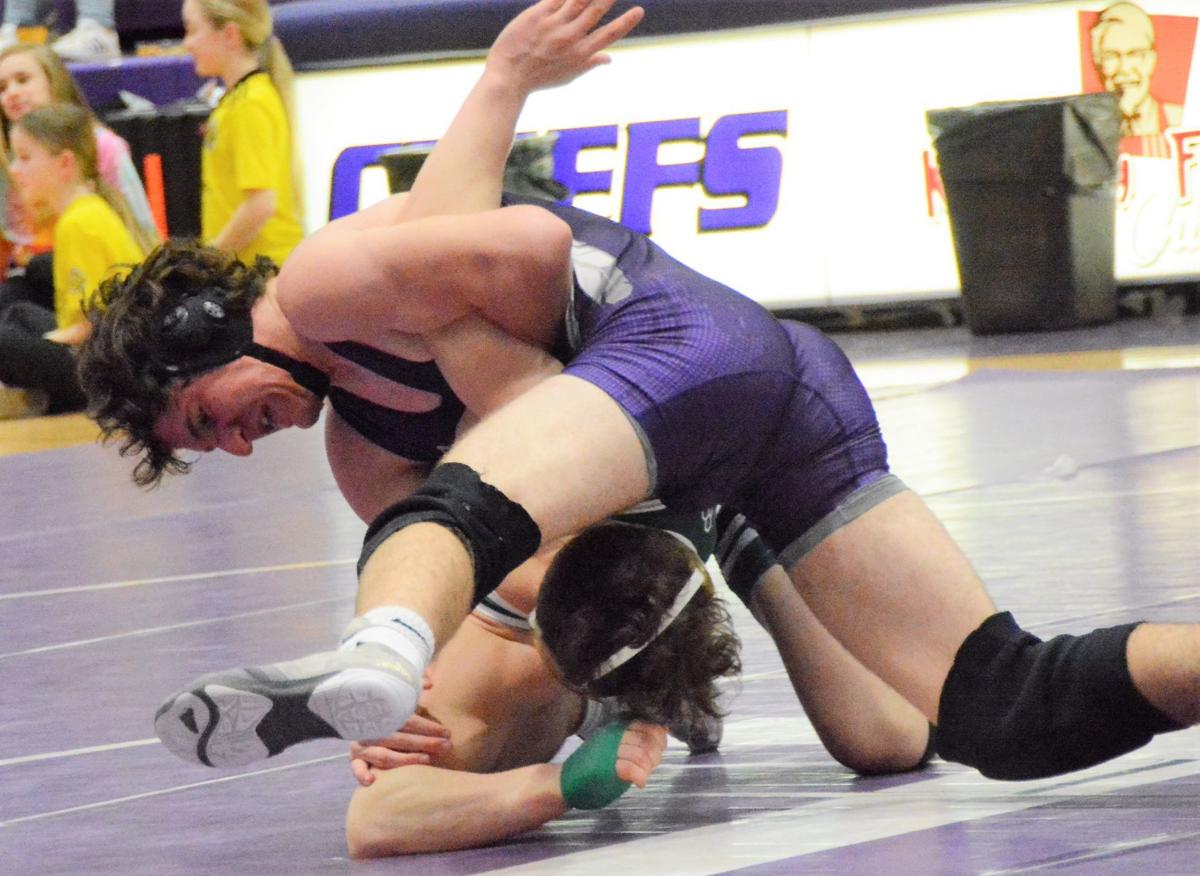 Sophomore Justin Mustard pins down the arms of an Athens bulldog Oliver Pyle. 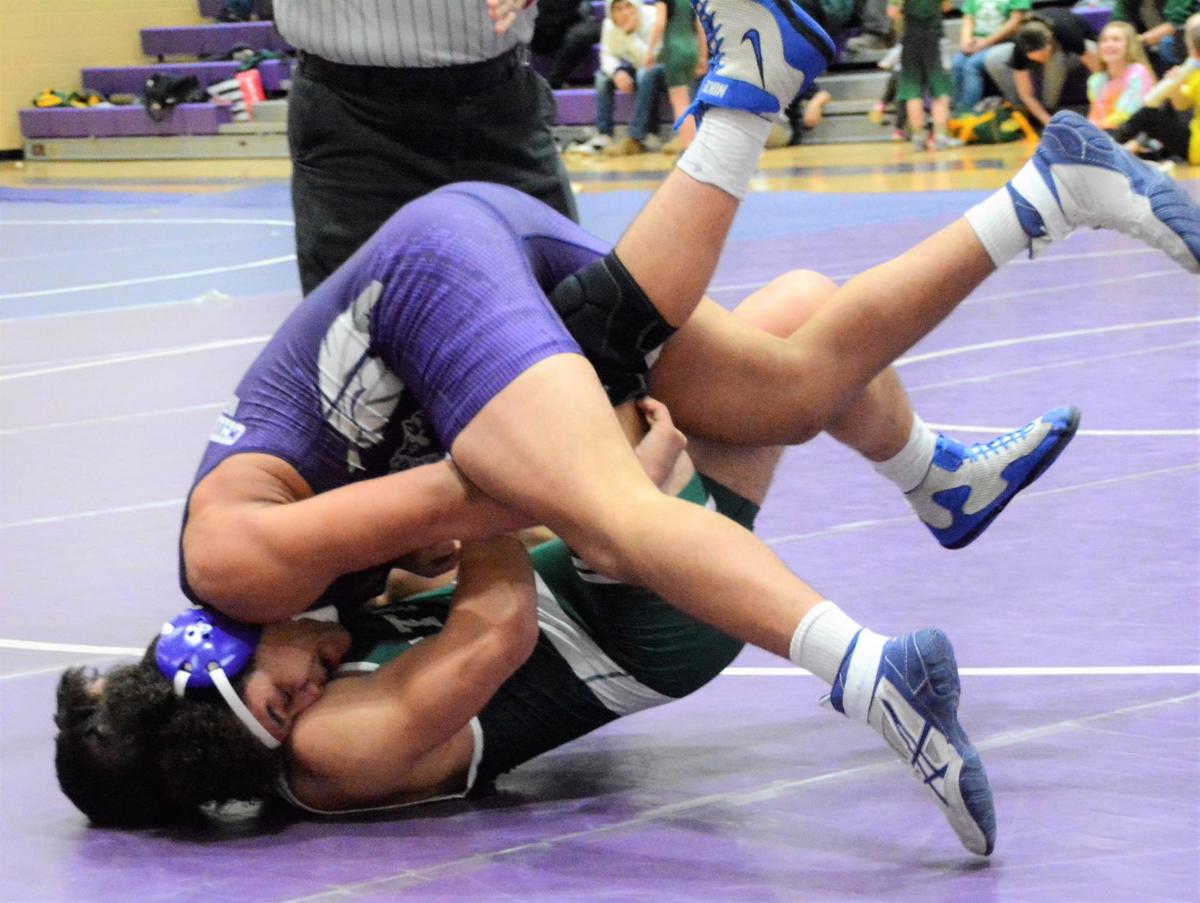 Senior Gavin Hartman pushes an Athens opponent’s shoulders down to the mat.

Alleana Brown gives up her back in one of Wednesday’s matches against Athens.

Sophomore Justin Mustard pins down the arms of an Athens bulldog Oliver Pyle.

Senior Gavin Hartman pushes an Athens opponent’s shoulders down to the mat.

LOGAN — The determination was there for the Logan High School wrestling team Wednesday night, but that was not enough to stop Athens from having their way. Logan fell to the Bulldogs 76-6.

Logan’s Gavin Hartman dropped a hard-fought match to Kiah Smith at 170 pounds, with a final score of 6-3.

Junior Ethan Warthman wrestled hard for three rounds, but would be pinned by state qualifier Trey Finnearty at 126 pounds.

Sophomore Justin Mustard gave up a take down in the final seconds to drop a match to Oliver Pyle at 152.

The lone win came from freshman Gavynn Thomas at 160. He pinned David Farmer in the second period.

Even though it was a tough loss, head varsity wrestling coach Joshua Mummey saw some bright spots in his team.

“Both Hartman and Warthman wrestled kids currently ranked top 20 in the state in Division II, so they wrestled well against some good competition,” remarked Mummey.

“Thomas is showing good strides to becoming a great wrestler for us during the next few years.”

The varsity and junior high have another home dual slated against Zane Trace on Wednesday, Feb. 12.