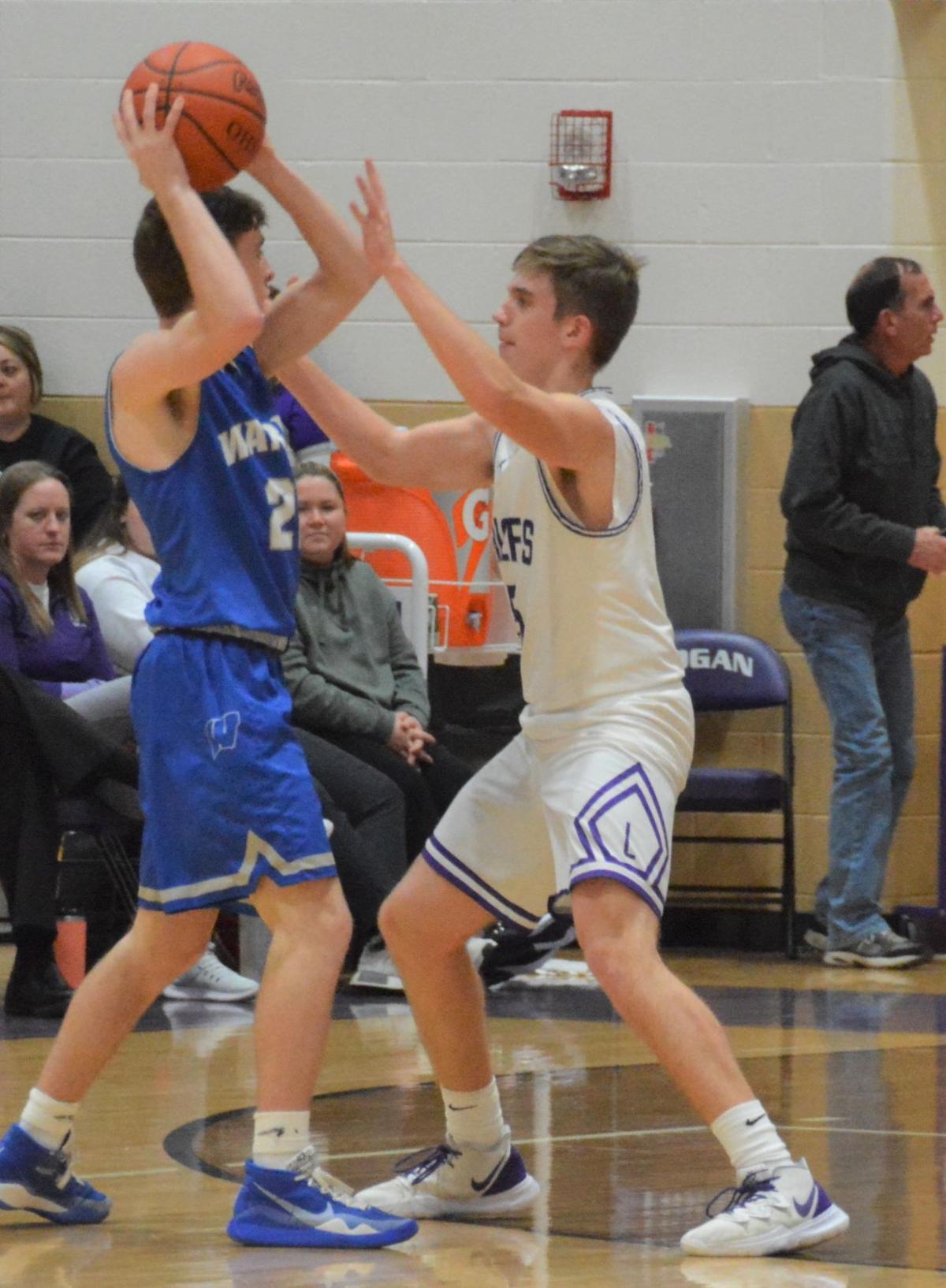 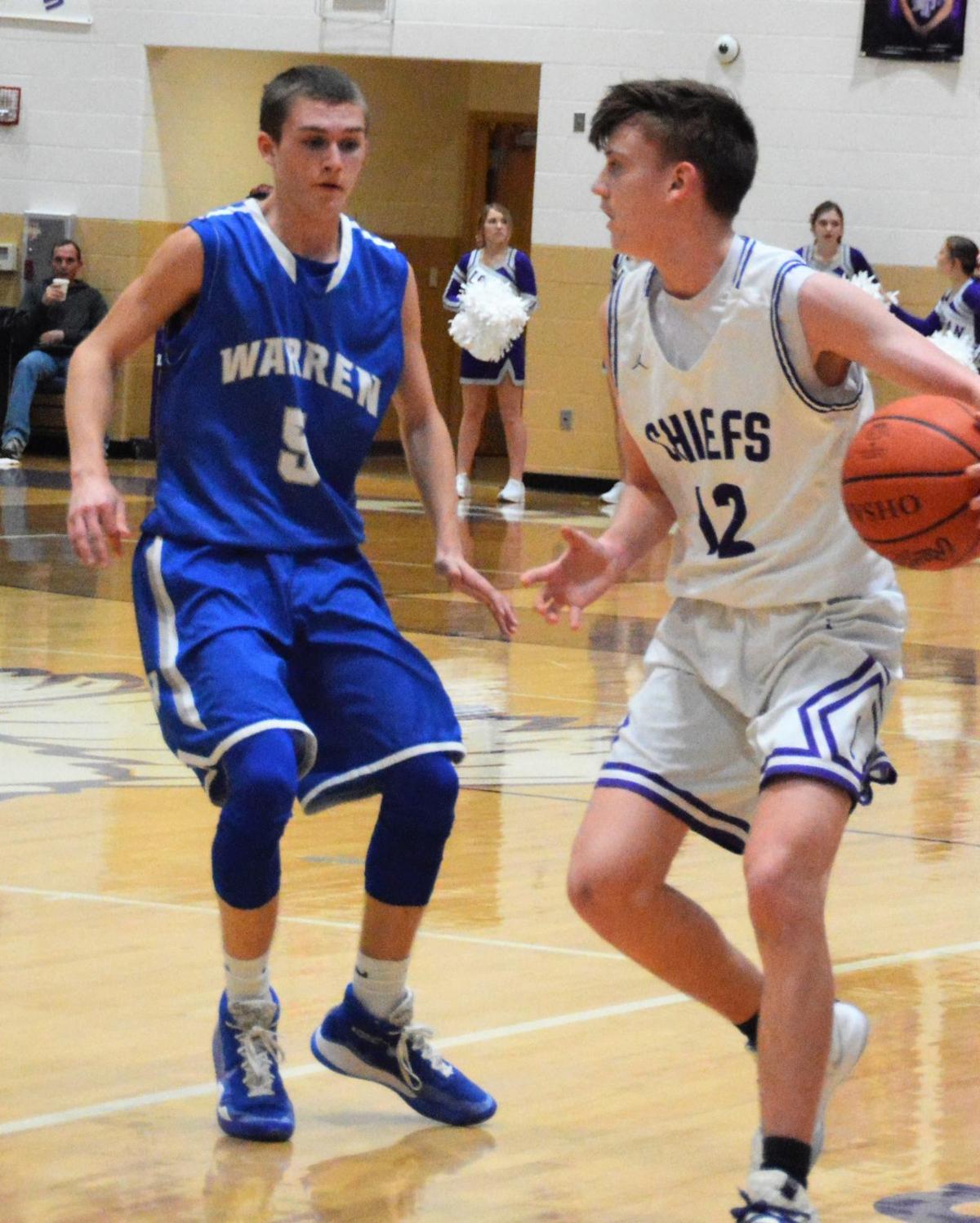 Logan’s Zach Frasure looks to set up a play while being guarded by Brennan Perdue. 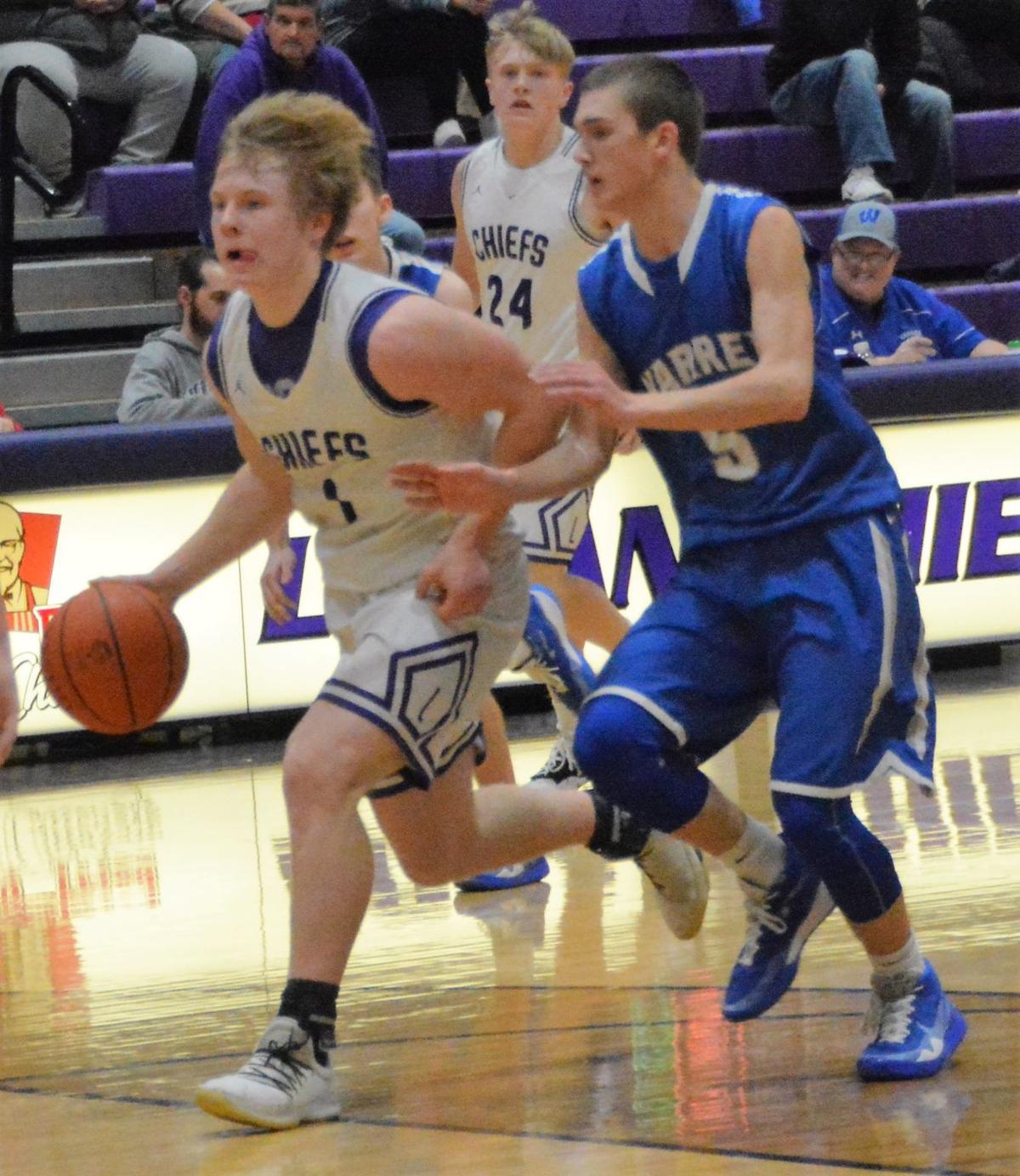 Logan’s Zach Frasure looks to set up a play while being guarded by Brennan Perdue.

LOGAN — The Logan Chieftain reserve boys basketball team (3-18) could not hang with the Warren Warriors Tuesday night and lost another tough game 42-24.

Warrior Jacob Smeek got them on the board first with a basket and a foul.

Mahaffey scored first for Logan with a tough layup on the right side of the basket. The only other scorer in the first quarter for Logan was Caiden Alford who split a pair of free throws.

Warren’s Trenton Dowler scored next and Smeeks added another basket to that.

Mahaffey hit a three with about 10 seconds remaining in the first to tie the game after one quarter at 6-6.

In the second, Carson Hodson recorded a block and made one free throw.

Gavin Ott gathered four points in the quarter and the Warriors slowly started to score more and defend harder. They were running a full-court defense in the second and it was working to perfection.

Logan did not score in the second until 2:29 remaining in the quarter when Hodson hit one of his two free throws.

Angle hit a close jump shot to make Logan’s only basket in the second. He had eight in this game compared to their last game against Athens where he scored 19.

Angle was the first scorer for Logan in the third, but Warren answered right back. With 5:10 on the clock, they connected on a three.

Angle put two on the board with 2:51 in the third. He made four of his points in this quarter and had a rebound as well.

After a timeout Hill hit a three from the right side to put them down by 13. Hodson, again split free throws and the Warriors made both of theirs.

Alford pump faked then put up his first basket of the night. Alford had nine rebounds in the game.

Angle made a shot in the beginning of the fourth and Alford went one for two from the line.

Mahaffey pushed for more scoring with a layup to put the score at 38-24 with 4:18 remaining. The fourth was a low-scoring quarter for both teams, but the Warriors did enough damage in the first three quarters to get