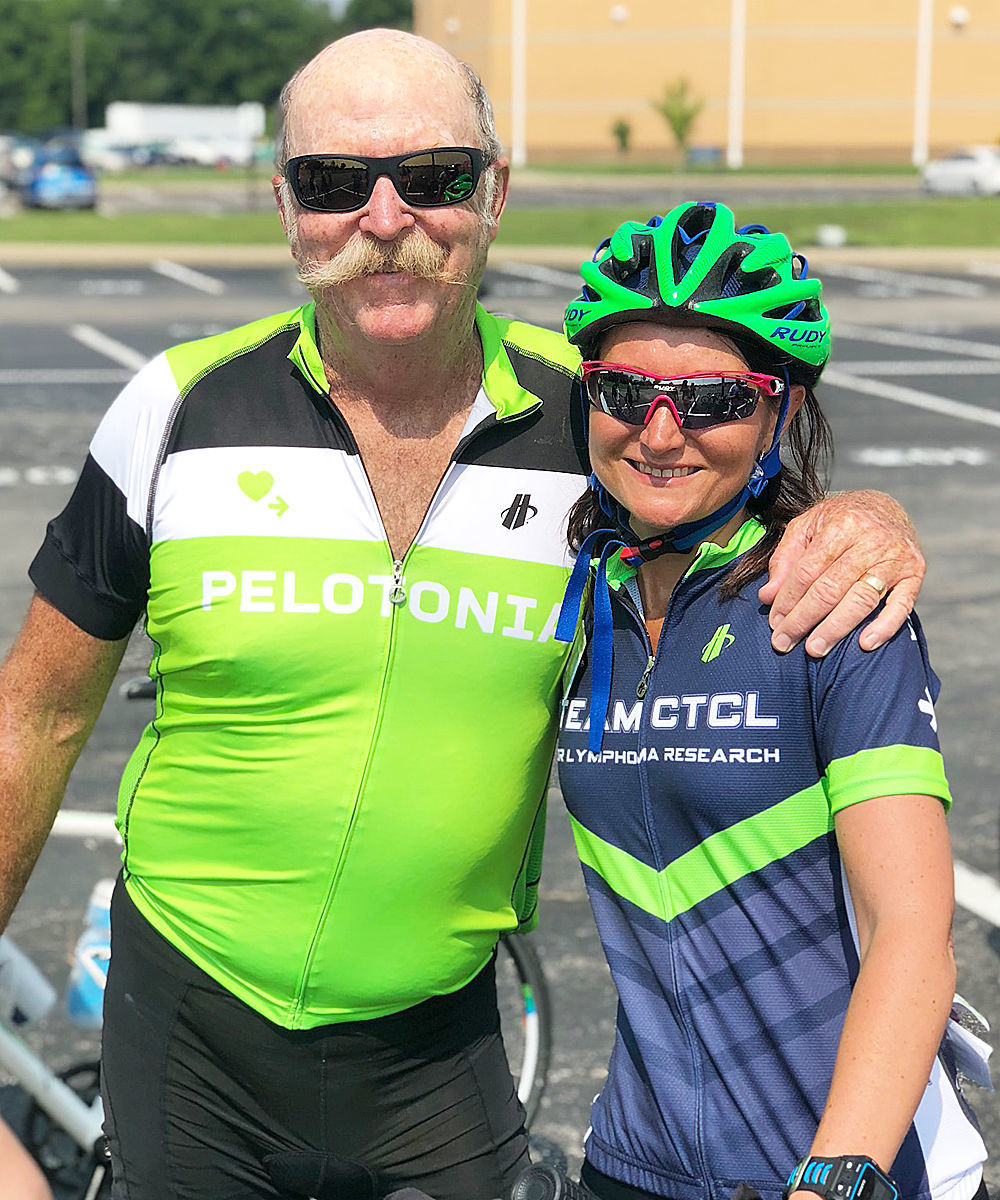 Bill Shaw, in remission for almost five years now from non-Hodgkin’s lymphoma, rides with his oncologist, Kami Maddocks during Pelotonia. 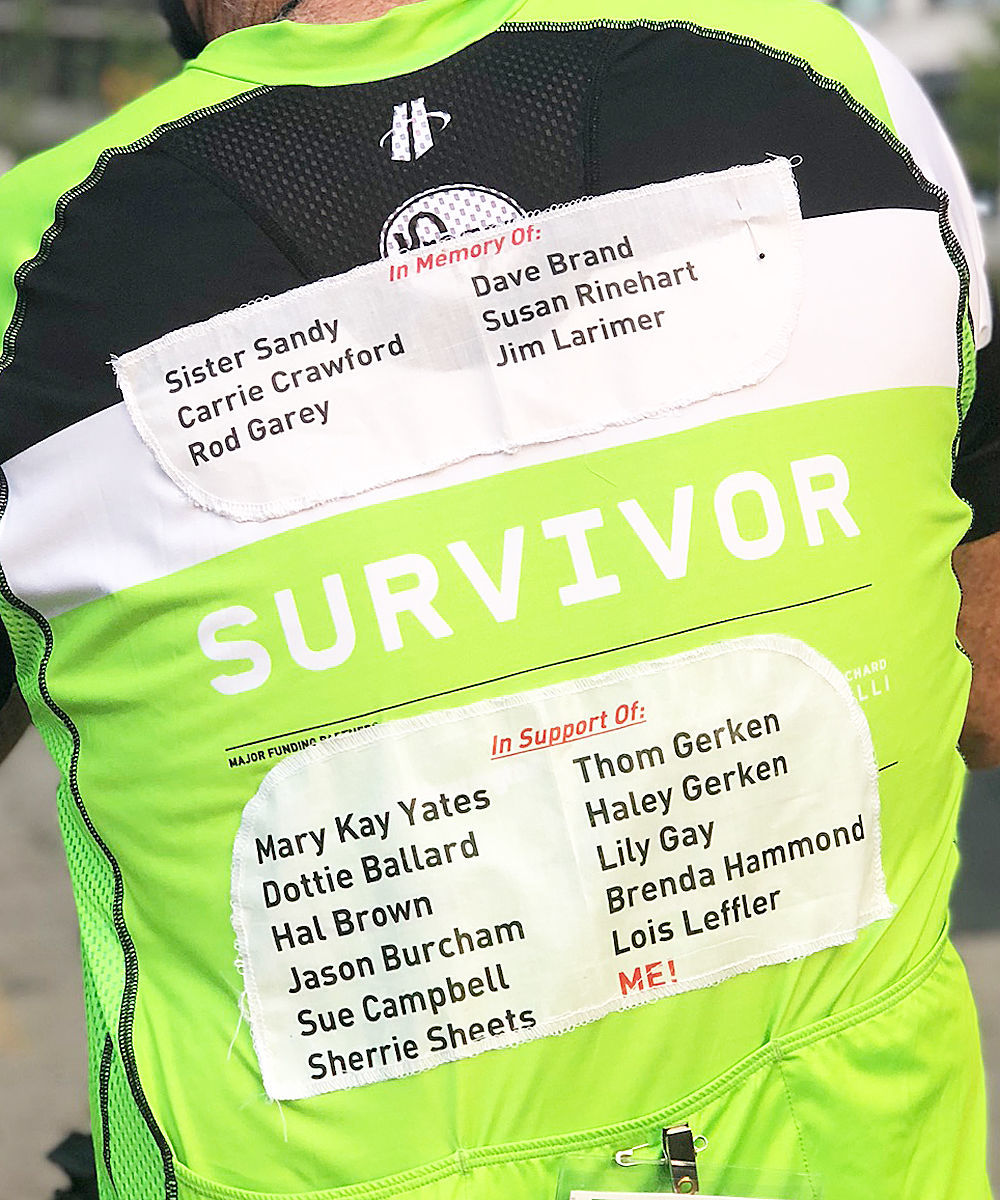 Every year when Bill Shaw rides in Pelotonia, he rides for friends and family who have survived and continue to fight for their lives against cancer.

Bill Shaw, in remission for almost five years now from non-Hodgkin’s lymphoma, rides with his oncologist, Kami Maddocks during Pelotonia.

Every year when Bill Shaw rides in Pelotonia, he rides for friends and family who have survived and continue to fight for their lives against cancer.

LOGAN — For some, cancer is a removed experience, something they’ve not been touched by directly. However, it wasn’t until Bill Shaw witnessed his sister pass from the disease and his own diagnosis that capitalized the meaning of cancer.

In the fall of 2014 Shaw’s sister, Sandy, passed from multiple myeloma. A month later Shaw was diagnosed with non-Hodgkin’s lymphoma, a cancer that starts in white blood cells called lymphocytes, which is a part of the body’s immune system.

“Fortunately I was able to get into The James Cancer Hospital and Solove Research Institute almost immediately. I started chemo therapy in January and there were six rounds of chemo every three weeks — which puts us in April sometime, but by the end of that time my scans were clean,” explained Shaw.

It was through Shaw’s daughter and son-in-law participating as riders in Pelotonia in honor of his sister that he found out about the weekend event. Pelotonia is a three-day experience that includes a weekend of cycling, entertainment, and volunteerism. Founded in 2008, through its first 10 rides alone the 501©3 non-profit has raised more than $184 million for cancer research.

The first year after chemo treatments (2015), Shaw participated as a virtual rider because he was too weak to ride himself, but witnessing the energy the event radiates was something he’s been hooked on ever since.

“I could tell by the thousands of people that were riding through there and the celebrations and all that, it was something that I had to do the following year. You can’t hardly describe that (energy) — I’ve done a lot of things in my life — but the feeling I got riding that very first time, it’s an indescribable and a life–changing event,” expressed Shaw.

Every year Pelotonia is able to give 100 percent of every rider-raised dollar to cancer research at The Ohio State University Comprehensive Cancer Center — James Cancer Hospital and Solove Research Institute. This movement has drawn people from all over to help the cause and even those who can’t physically ride still want to be a part of the event.

The organizers of Pelotonia quickly realized they have some people who may not want to ride a bike to participate or can’t participate because of an illness or prior commitments. Therefore they created virtual riders where people can still raise money and be a part of the cause.

A community it is. Shaw says his entire family now participates, which makes finding a babysitter a little difficult. Shaw and his family feel it’s important to do their part in finding cures for cancer so that one day, hopefully, others don’t have to experience the pain he and others have gone through.

Shaw has also ridden with his oncologist from The James, Kami Maddocks, and is a part of Peloton Team CTCL (Cutaneous T-Cell Lymphoma), which helps to sponsor her research.

Pelotons have become communities within a larger community Shaw and Smith explained. On top of the CTCL Peloton, Shaw is also a part of a larger Peloton called Team Buckeye and says he’ll practice and recognize other Buckeye riders too.

This will be Shaw’s fourth ride to find a cure and so far he’s close to, if not already surpassed, his goal of $2,000. This year he’s riding from Columbus to Gambier, for a total of 100 miles and at least a five-hour bike ride.

Every year Shaw rides for people who have been touched by cancer, whether they’ve survived or passed because of the disease. However, he feels like his list keeps growing and that’s why he continues to ride, for himself, friends and family.

Volunteers and attendees pack along the finish line during the event and Shaw says he can’t count the number of times he hears thank you because he’s riding for a cure.

“They say you’re not cured, you’re just in recovery for five years, and that’s the magic number. I’ve got another six months to go to reach that so it’s feeling pretty promising,” concluded Shaw.

For more information, visit pelotonia.org or to donate to Shaw’s cause visit his profile under Riders and by searching with identification number BS0195 on the website.